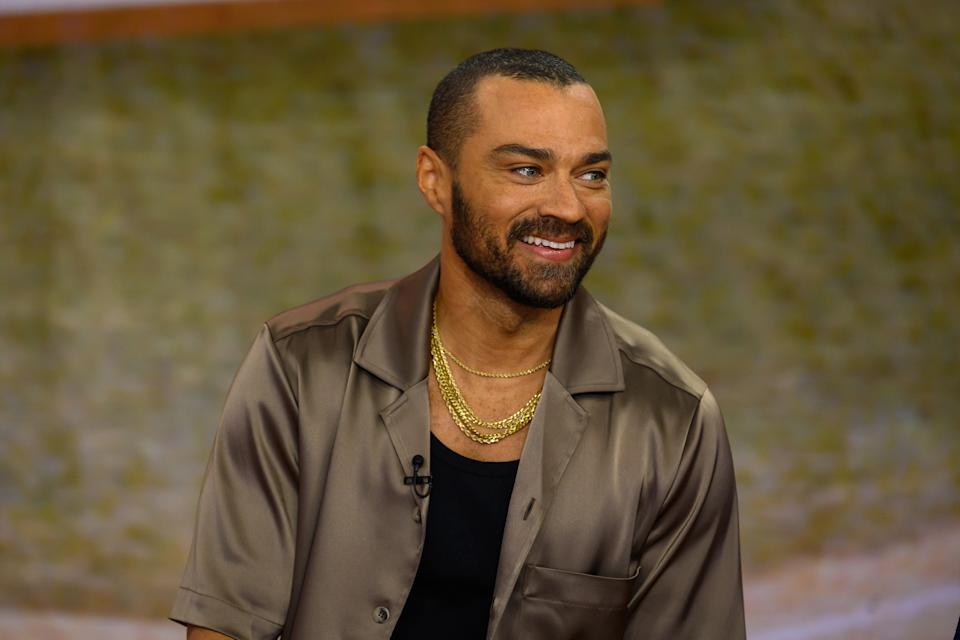 For a little over 24 hours, Jesse Williams has been at the heart of all the attention on social networks. Naked photos of the former ‘Grey’s Anatomy’ star were shared without her consent, and a lot of internet users seem to find it hilarious. Yet it is an illegal practice, and laughing about it only trivializes a problem that hurts thousands of people every year.

“You have seen Jesse Williams pictures naked on the Internet?” “Wow, he’s super good.” “I want to play doctor with Jesse Williams…” Since May 10, 2022, these sentences have been looping on social networks, from TikTok to Twitter via Instagram.Their origin?A snapshot of actor Jesse Williams, known for the role of Jackson Avery in “Grey’s Anatomy”, completely naked on the stage of his new play on Broadway, Take Me Out.

Yes, Jesse Williams is a victim

Let’s talk about the context first. In the play in question, the actor plays a once adored baseball player, who became the target of discrimination following his coming out. The play, which was a great success, earned Jesse Williams a nomination for the Tony Awards as best actor. But above all: any recording of the play by viewers, in video or in photo, is totally prohibited. The photos were therefore taken illegally before being shared, also illegally. That he was on stage at the time of the events and that he voluntarily stripped naked as part of the play does not change anything: Jesse Williams was victim of non-consensual dissemination of intimate images. Images that will forever be on the Internet, without his approval or control, and that have been shared thousands of times as of this writing.

Video. Rachel-Flore Pardo: “The author of a non-consented dissemination of sexual content risks up to 5 years in prison and a fine of 60,000 euros”

Remember for all intents and purposes that this is a practice punishable by law in the vast majority of countries in the world. In France, article 226-2-1 of the Penal Code is formal on this subject: the “transmission of an image of a person who is in a private place, without the consent of the person concerned”, even more so when they relate to “words or images of a sexual nature “are liable to five years’ imprisonment and a fine of €60,000. In the United States, the laws on this subject differ from state to state. But regarding New York, where Jesse Williams’ play is currently being performed, the local jurisdiction says: “In New York State, disclosing the intimate image of another person with the intent to cause harm is a criminal and civil offense. This act is punishable by one year in prison or three years of probation and a fine of up to $1,000 in criminal court,” according to the site. NowNYC.

Therefore: not only the person who captured and disseminated the images in question can be punished, but all those who subsequently shared them can be considered accomplices. Yes: a simple RT can have serious consequences when it comes to intimate photos.

As a general rule, and even if some people still believe that the victims are to blame in the event of non-consensual distribution of intimate photos (when this is not the case), the victims of this kind of practice are widely supported in line. That hasn’t really been the case with Jesse Williams. On the contrary, thousands of people have allowed themselves to comment on its anatomy, have asked how to consult the pictures in question, have made jokes on the subject. And the actor is not the first to be the victim of this kind of attitude: Chris Evans had to suffer the same thing when he mistakenly posted a photo of his sex in his Instagram story. Likewise, nude photos of celebrities such as Jennifer Lawrence, obtained by hackers, have undergone the same treatment.

This flippancy is sickening and leads to a profound dehumanization of celebrities. Just because they’re known to millions of people around the world doesn’t mean they don’t feel the same way as everyone else when their privacy is violated like this. Worse: making jokes about these intimate photos taken and shared illegally is to trivialize a practice that affects thousands of people every year. So, before you share a naked photo of Jesse Williams in hopes of getting a click, remember: the actor may not see your teasing or your flippancy in the face of non-consensual dissemination of intimate images. On the other hand, potential victims within your entourage will witness it, and will hesitate to speak about it for fear that you will have a similar reaction towards them. A blow to break their confidence.

>> Why are celebrity nudes so popular with the general public?