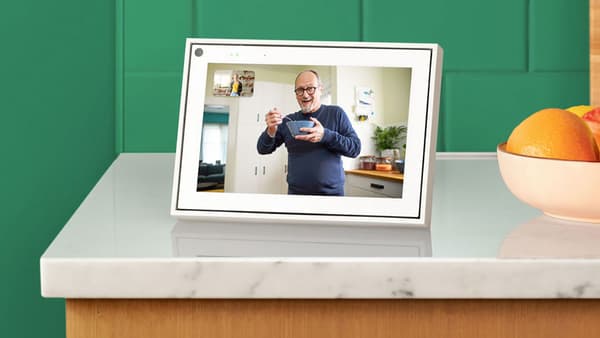 Before officially saying goodbye to 2022, let’s take a look back at the technologies and products that left us this year.

Too old, too expensive or not profitable enough: several products or software have said goodbye in 2022. In a constantly changing world of tech, longevity or innovation are no longer assets for survival.

Internet Explorer, iPod, BlackBerry, Pixy and Portal bowed out this year. Back on their hours of glory, but especially on their outcome.

Often mocked for its slowness, Internet Explorer ended up bowing out in 2022. Microsoft’s historic browser has actually seen several deaths. First in May 2021 when its end had been announced. Then last June, where his departure was recorded once and for all.

It must be said that Internet Explorer was no longer favored by Internet users. Only 0.64% of web browsing was done from Internet Explorer in May 2022, according to Statcounter. To compare, Google Chrome recorded 64.95% of navigations, 19.01% for Safari at Apple. Microsoft is still trying to woo internet users with Microsoft Edge, but, with just 4.45% market share as of November 2022, that seems like a tall order.

An azerty or qwerty keyboard with keys as small as the trackpad in the middle of the device: the BlackBerry will have marked several generations of digital enthusiasts. In 2009, the brand’s phones accounted for 20% of devices in the category sold worldwide. And after 40 years of ups and downs, the BlackBerry has seen its end of life marked by an abrupt halt to updates essential to its operation.

January 4, 2022 has thus struck the gradual death knell of touch-tone telephones, preventing them from calling or texting, but also from accessing the Internet. BlackBerry, however, was the pioneer of instant messaging with BlackBerry Messenger created in 2005, before WhatsApp and Messenger got the better of the service.

Whether Nano, Touch or Shuffle, Apple’s iPod has accompanied several generations of music lovers. On May 10, Apple signed the death notice of its legendary music player. The first iPod was released in 2001, long before the first iPhone, and at the time allowed you to carry 1000 songs in your pocket.

But the lack of Internet on the device and the gradual rise of streaming services on classic smartphones quickly made the iPod vintage, if not obsolete. Its production was thus stopped in 2017, after 26 models were released and more than 450 million readers sold.

Two questions arise: what caused Pixy to fail, but more importantly what was Pixy? For those who have missed it, the fire Pixy is the drone once marketed by Snapchat. Formalized in April 2022, the social network’s little yellow drone was intended to be affordable and easy to use. Snapchat even wanted to turn its gadget into a flying selfie stick.

Unfortunately, this selfie drone quickly proved to be disappointing. The device was deemed to be of poor quality and too noisy. Thus, from August 2022, Snapchat announced to stop production of his strange flying object and no longer working on new versions. However, the device remains available for sale at a price of 250 euros.

Launched in 2018, Portal would have had the merit of lasting several years. The connected screen developed by Facebook made it possible to make video calls and organize videoconferences, but only via applications from the Meta ecosystem (thus Messenger or WhatsApp). Sales of Portal are however far from being anecdotal. 800,000 smart screens would have been sold in 2021 alone. The price of this reduced-use screen was not cheap, however: from 199 to 349 euros depending on the size.

But the crisis Meta is going through will have been right about Portal in November 2022. With the loss of 11,000 jobs, it is difficult to focus on all the technologies put in place by the group. Facebook Gaming also paid the price for Mark Zuckerberg’s desire to bet everything on the metaverse

It should have been the start of a new era for gaming. This will ultimately be one of the biggest fiascos. When Google announces the launch of a cloud gaming service that will require neither a computer nor a console, but simply a smartphone or a controller, the gaming environment ignites. But Stadia starts under bad auspices at the end of 2019, amputated by a good number of promises of innovative services and accompanied by a very thin catalog of games. He will never really recover from this failed start.

Already anecdotal, the number of players has decreased over time. Exclusives and big games will never happen. Google closes its creative studios in early 2021 without releasing a single game. On January 18, 2023, all Stadia will bow out after refunding players. Cloud gaming technology, probably the most stable on the market, will remain, but probably to the delight of other video game entities.

By Julie Ragot and Melinda Davan-Soulas


You can find our social media profiles and the other related pageshttps://yaroos.com/related-pages/