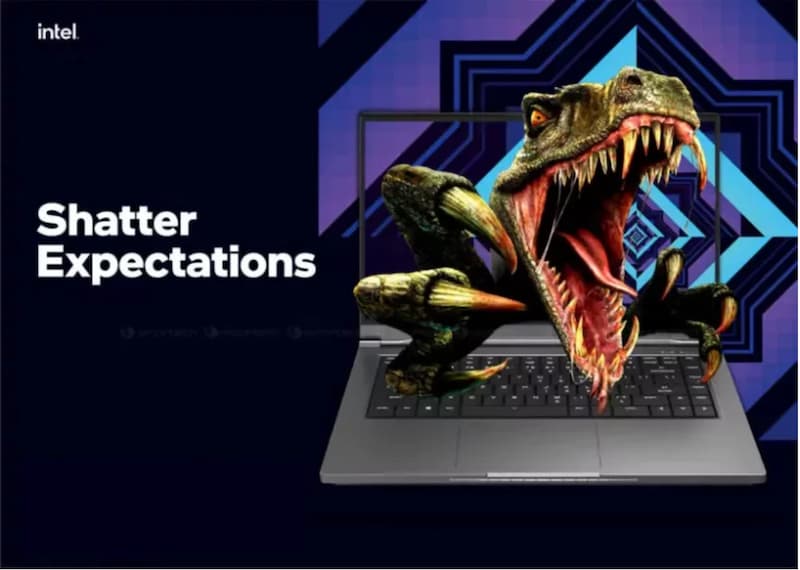 Intel’s 13th generation mobile platform will be a little difficult to read. It will thus consist of two high performance ranges : Intel’s 13th generation mobile platform will consist of two high-performance lines: Raptor Lake-HK (45W) and Raptor Lake-HX (55W). The first will not be a real novelty since we will actually have a refresh from Alder Lake-H with up to 6 “Golden Cove” P-cores (1MB L2/core) and 8 “Gracemont” E-cores. The performance “P” cores will go up to 5.4GHz with an overall base TDP of 45W. The Raptor Lake-HX line will be more interesting with a monstrous Core i9-13980HX. This range will very clearly approach desktop CPUs with a base power of 55 W. We already know the Core i9-13900HX, Core i7-13700HX, Core i5-13xx0HX and Core i3-13450HX. These processors are actually derivatives of Core i9-13900KCore i7-13700K, Core i5-13600K, 13500 and 13400. The Core i9-13980HX will be a 13900HX better binned with the same configuration of cores and cache. A sort of “KS” version for laptops.

This chip will obviously be integrated into very premium configurations. The entire range will be positioned opposite AMD’s future Dragon Range and its flagship model also seems, on paper, to outdo the top-of-the-range reds…