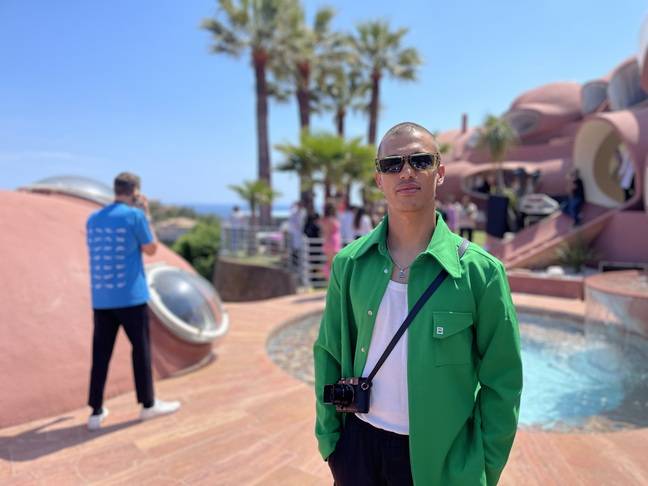 Its partnership with Tik Tok, the Cannes film festival took an unexpected turn this year. That of a certain revival, of a rejuvenation of its public in any case. Decried by certain purists, die-hard cinephiles, this rapprochement had nevertheless been brewing for several years between the High Mass of Seventh Art and social networks, which have become weapons of mass promotion for film distributors and essential communication tools for brands that surf on the aura of the event. But also new distribution media for works in their own right.

Of all the climbs of the steps, of each evening, assumed “influencers” or “creators of content” worked were more present than ever this year, until the presentation of the Palme d’Or this Saturday evening. A week ago, it was precisely the prizes for the brand new #TikTokShortfilm competition that were awarded to new generation filmmakers for short films to be consumed exclusively on smartphones.

“A new visual grammar” for courts

A vertical format which “makes it possible to free oneself from the weight of all these decades horizontally and therefore to reinvent a whole new visual grammar”, boasted during the unveiling of the prize list the French director Camille Ducellier, one of the members of the jury. . She sat in particular alongside the star of the social network Khaby Lame and the Franco-Cambodian filmmaker Rithy Panh, president, who resigned in the face of “pressure” from TikTok for the choice of the winners, then finally again president.

Omnipresent on the Croisette, the Chinese network was not alone. Instagram has also imposed its own “content creators”, whether or not they have (most often) a direct relationship with the cinema, in the wake of the event. Last week, the app had taken up residence a few kilometers from the red carpets, in Théoule-sur-Mer, at the Palais Bulles, Pierre Cardin’s iconic second home, where it had brought together nearly 600 of its “stars” confirmed or to become.

On the program over two days, cocktails, DJs, and “reels”, one of Instagram’s formats, galore. “Our presence makes sense. The Cannes Film Festival are actors with whom we work very closely all year round, explained Edouard Braud, director of Meta creative partnerships for the continental Europe region, on the spot. The actors share their filming experiences. The entire luxury and fashion ecosystem uses the platform for its communication. And many of our creators work with them. Normal, therefore, that the two worlds meet in situ.

And the red carpets have been largely rolled out under the footsteps of these influencer-creators. Not an evening without a star of the networks being invited to pose in the photocalls. The volume of invitations being often and logically proportional to the number of subscribers. Just like business opportunities. “The schedule changes quickly in Cannes. The collaborations are concluded directly on site. I was only supposed to stay two days. I was seen in story and I was asked to extend my stay, ”explained last Thursday, Frederico Stauffer, fredstauffer on the networks, known for his very elaborate formats.

Questioned by AFP, the teacher-researcher in economics at Inseec, Julien Pillot estimated at the beginning of May that Cannes “needed to modernize” by “affecting a new generation”. The bet is undoubtedly successful via these new media. Several hundred thousand publications accompanied by the hashtag #festivaldecannes were listed on Saturday evening on Instagram and TikTok.

“Influencers” and “content creators” establish their presence in Cannes