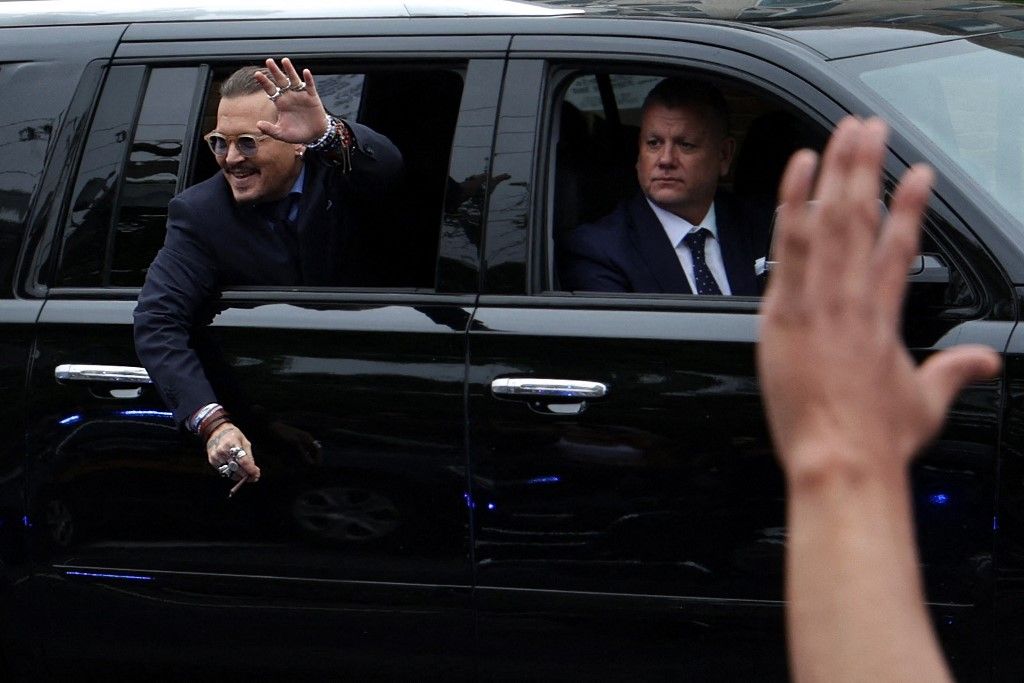 Johnny Depp waves to supporters from his vehicle as he leaves the Fairfax County Courthouse, May 27, 2022.

Between Johnny Depp and Amber Heard, online fan communities quickly made their choice.

Atlantico: The trial which began in April 2022 between Amber Heard and Johnny Depp unleashes passions. On the Internet, Johnny Depp fans monopolize the debate and have largely expressed themselves in his favor. How to explain such enthusiasm?

Jamil Jean-Marc Dakhlia: One can already note a consequence of the coverage of one and the other in terms of notoriety. Johnny Depp has many more fans than Amber Heard, which is a first imbalance.

Throughout this trial, we notice a storytelling that feeds on references to Johnny Depp’s past. For her part, Amber Heard is associated with an inglorious part of the actor’s life and career. She is made responsible for his decline, whether she likes it or not. Johnny Depp, had success and a stable life as a couple, with children. The story that is created is that he was the victim of a “couple breaker”. It is important in this respect to note that Depp is also supported by his former wife Vanessa Paradis in this trial. The latter has indicated on several occasions that she does not consider “her” Johnny Depp as a violent man.

Amber Heard supporters may want to stand up for a woman who may be the victim of domestic violence, while Johnny Depp is more admired for his career and his work as an actor.

We notice in this lawsuit that the fans of celebrities have more desire to believe Johnny Depp and therefore seek proof of the insincerity of Amber Heard. Many elements make sense against her: she is an actress, her sincerity can therefore raise questions. Associated with a figure of a couple breaker, she is “necessarily” wrong.

Many fan communities of other celebrities are also coming to the defense of Johnny Depp. They even go so far as to convey fake news to support it. How to explain it?

The Internet is the place par excellence of post-truth. Anyone can be a producer of information without being a journalist, without this information being verified. It is also the place of fan-fiction, it is possible to rewrite, to extend stories. I’m not trying to discredit these fans, everyone has the right to speak, and the Internet is an invitation to speculate on certain facts, whether they are corroborated or not.

Moreover, as a star, Johnny Depp embodies a certain number of symbols, a lifestyle… He has a rather rebellious side without being really threatening; through his roles, he even appealed to children. Through this lawsuit, those landmarks are shattered, which can heighten fans’ feelings.

In the kingdom of online fans: why the internet hates Amber Heard


Find here our social media profiles and other pages that are related to them.https://yaroos.com/related-pages/