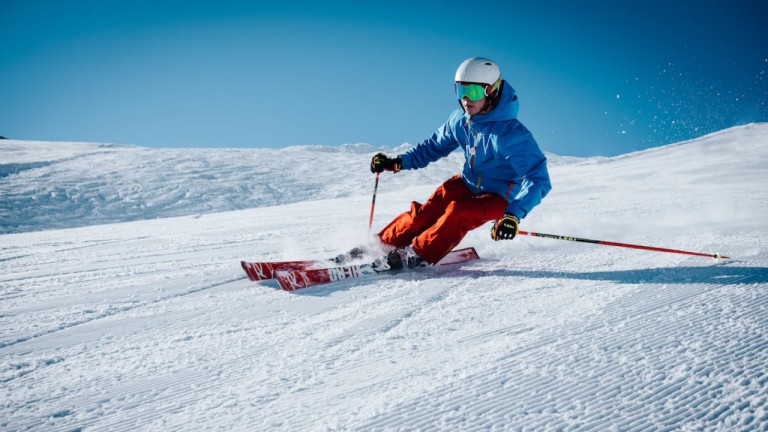 News JVTech If you have an iPhone 14, be careful when you go skiing…

The ski slopes are starting to fill up and the gift giving season is fast approaching. If you were planning to buy an iPhone 14 for yourself or for those around you, plan for them to call the emergency services unexpectedly.

The new function of the iPhone 14 called into question

Imagine, you’re slamming your best corners on a demanding black track. The quarters are sharpened, the shins press on the shoes, and the sensations are there. You arrive at the bottom very happy, but a horde of rescuers is waiting for you. You called them without knowing it.

Here is a funny affair like we have never seen. This is false, we had already relayed more than similar information to you concerning the new abilities of iPhone 14. Apple released its latest iPhone models last September with few new features. Among them, a function allowing to detect car accident situations.

The iPhone 14 has new sensors to better understand position and speed of the aircraft. Coupled with the accelerometer already present and the microphones, the smartphone is able to understand when its user is the victim of an automobile accident. In such a situation, the iPhone can suddenly slow down following a possible impact, and twirl in all directions very quickly. Sounds can be associated such as impact noises, cries…

It’s a rather peculiar situation, but the intelligence of the iPhone does not seem to be able to tell the difference with another context: skiing. Or more precisely, the moments when an iPhone 14 user (blithely housed in a pocket of his jacket) wallows in full red track. The person may fall heavily, scream, and twirl around. This should remind you of something.

It was the rescue brigade of Summit County, Colorado in the USA who paid the price. The American state is famous for its many ski resorts, and one of them, located a few tens of kilometers from Denver, to round up the rescuers several times after iPhones and Apple Watch 8 called for help. Because yes, the latest connected watch from Apple is also able to detect accidents.

A hiccup of the iPhone 14, but necessary

When the iPhone 14 spots that a user is having an accident, an alert message appears on the screen, and a voice announces the situation, stating that unless you take action, the emergency services will be contacted automatically after 10 seconds. Once the countdown is over, the competent authorities receive an alert with automatic message as well as the person’s location coordinates.

This seems to be a source of complications for the emergency services, and in itself it is true. One of the rescuers claims to receive between three and five calls from Apple users, but none have yet been voluntarily activated.

A nuisance, but who is to relativize. The Summit County Rescue Center prefers that everyone keep their Crash Detection feature enabled on their iPhone 14, even if it means receiving many unfounded alerts. In effect, it is enough for a person to be injured and no longer be visible or unconscious, for them to be saved and for Apple’s new function to become useful.

If you have an iPhone 14, be careful when you go skiing…


Check out our social media accounts as well as other pages related to themhttps://yaroos.com/related-pages/

Silver. Savings: these mobile applications help you put aside each month
Skiers accidentally trigger iPhone 14 accident detection and call for help
This week's news at Free and Free Mobile: launch of an offer for loyal Freebox subscribers, the oper...
Tweet
Share
Share
Pin