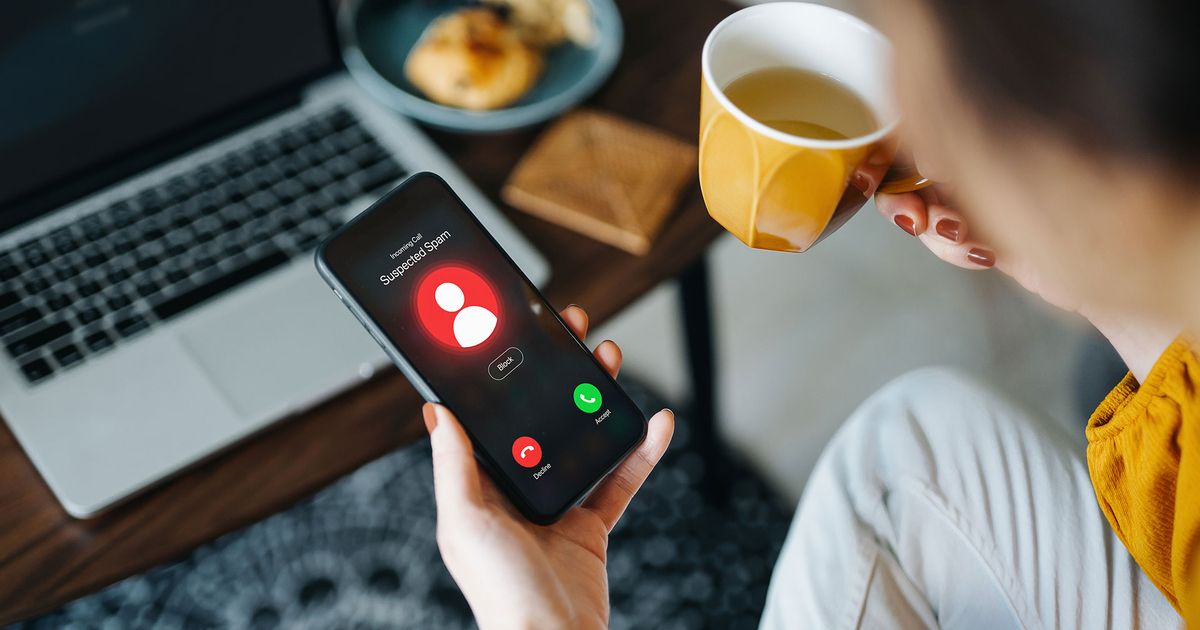 Unwanted calls are particularly annoying, especially when they are repeated, especially in the case of cold calling which sometimes turns into harassment. Fortunately, it is possible to remedy the situation by blocking calls. On an iPhone, it’s quite simple. Here we explain how to silence spam on your phone.

To block a number from calling or texting you, just… block the contact. Of course, this only applies to numbers that have already contacted you, but this solution is easy to set up. By clicking on an undesirable number and going to the very bottom of its file, there is an option “block this correspondent”. One click on it and this number will no longer be able to call or text you. A two-in-one solution which turns out to be really practical, but which, alas, is not enough in the case of telephone platforms with dozens of numbers.

If you ever want to unblock the correspondent, it’s just as simple: in the message or call settings, a “blocked contacts” tab allows you to consult the list of numbers that have bothered you a little too much. By clicking on one of them, you can unblock it and thus give it permission to make calls to you again.

Services dedicated to your peace of mind

The French government set up the Bloctel service in 2016, a service to which it is necessary to register on the site of the same name. Thanks to it, any individual can choose not to be contacted by canvassers and can denounce the numbers considered to be canvassing so as not to be contacted again afterwards. A protection that only works halfway, but that it is possible to couple with services specific to mobile operators. The Orange Telephone application, for example, can identify numbers that are considered spam. Malicious numbers are listed by the community so you know whether or not to take the call. We also note that there are third-party applications, such as Robokiller, which can be downloaded from the App Store; however, they have the major drawback of usually requiring a paid subscription.

Finally, note that since January 1, 2023, Arcep has implemented the prohibition of cold calling by numbers beginning with 06 and 07. A new guarantee of security, which will allow you to be more attentive, especially when receiving a call starting with 09, whatever your smartphone. It should also be noted that from “from March 1, 2023, telephone canvassing of consumers will only be authorized from Monday to Friday, from 10 a.m. to 1 p.m. and from 2 p.m. to 8 p.m. It will be prohibited on Saturdays, Sundays and public holidays”as stated by the government.

Prevention is better than cure: reserve notifications for known numbers

Another solution exists to stop being bothered by messages from unknown senders. It is indeed possible to filter the messages received in Settingsthen Postswhere the option appears Message filteringwhere it will be necessary to activate Filter unknown senders. Thus, you will only receive notifications if the sender of the message is in your contact list. If they are not there, their messages will arrive, but you will not be alerted and they will be switched to a special box called “Filters”. A way to protect yourself while having some control over the reception of messages. However, you should remember to check your filter box often to prevent messages from contacts whose numbers you have not taken the time to save from remaining unanswered.

Since iOS 13, the iPhone has a setting that allows unknown calls to be silenced. Thus, a number that you do not know will not make your phone ring, which guarantees you a certain peace of mind. A functioning roughly similar to that of filters for messages, except that unwanted calls will be redirected directly to your voicemail. To activate it, just go to Settingsthen Telephoneand finally Silent stranger calls.

How to block unwanted calls and texts on your iPhone?