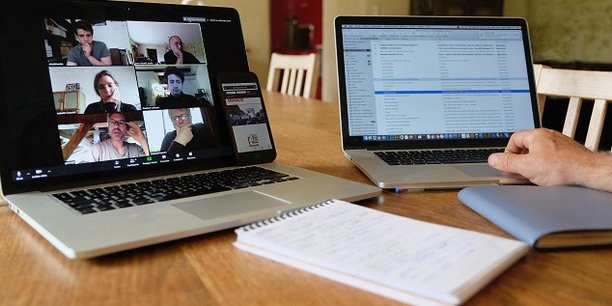 If digital was already essential before the Covid-19 epidemic, it has now become essential. This is revealed, unsurprisingly, by a joint study by Arcom, the audiovisual regulator, and Arcep, the telecoms regulator, published on March 16. This “digital usage repository” is rich in lessons. First, in 2020, more than nine out of ten French people are Internet users. Above all, 83% of the population connects daily, compared to 74% in 2016.

Social networks such as Facebook, Twitter or Instagram are preferred channels. Also in 2020, 67% of the population had already used them. That is to say no less than 7 points more than in 2019. This increase in the use of social networks is “particularly high” among those over 40, the study notes.

Same trend on the side of instant messaging, such as WhatsApp or Messenger. Their use increased by nearly 20 points between 2018 and 2020, to 70% of the population. Nearly half of users are retirees, who have strongly converted to these tools to communicate the last two years.

There is an undeniable Covid-19 effect here. All categories of the population have taken refuge in digital to keep in touch with their loved ones – including the oldest, who were not necessarily experienced in these uses. But also for fun. Evidenced by the dominance of Netflix, which, among all content providers, weighs more than 20% of Internet traffic to customers of Orange, SFR, Bouygues Telecom or Free in 2021. Far ahead of Google, which is less than 14%. This is also the reason why the government, worried that the networks are saturated, pushed Netflix to reduce the speed of its videos in France in March 2020.

Travel restrictions and lockdowns have also allowed e-commerce to thrive. Or rather to explode. In 2020, 76% of French people had made at least one purchase on the Internet in the last twelve months, i.e. 14 points more in one year!

The professional world has also been turned upside down. Thus, in 2021, 66% of companies had their own website to present their activity, compared to only 37% in 2020. Similarly, “the number of VSEs and SMEs that use paid referencing has almost doubled between 2020 and 2021”notes the study.

In companies, telework has largely taken hold – to the point that in 2020, it is the computer that has narrowly dethroned the smartphone as the preferred equipment for connecting to the Internet! “Daily computer use has increased by 19 points in one year”underlines the study of Arcom and Arcep.

The French convert to fiber

This strong growth in uses was largely supported by the strong deployment of fiber. This technology makes it possible to benefit from a very high-speed Internet connection at home, particularly suited to increasingly bandwidth-intensive digital practices.

In the second quarter of 2021, France had 16.7 million very high-speed subscriptions, mainly via fiber, compared to 14.4 million high-speed ADSL subscriptions. The France Very High Speed ​​Plan, which was launched years before Covid-19, now allows France to benefit from one of the most efficient fixed Internet networks in Europe.

The French have been particularly fond of it since the start of the health crisis. Evidenced by the boom in fiber subscriptions. In the second quarter of 2021, some 12.4 million households benefited from it, compared to less than 4 million three years earlier.

How the health crisis and fiber boosted digital uses