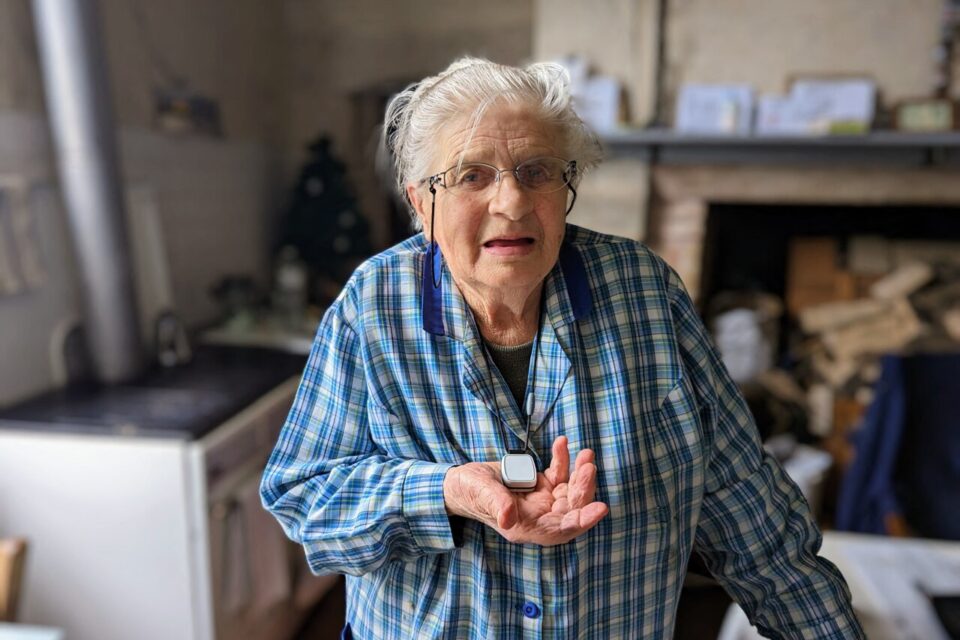 
The Journal of the Orne
See my news

To Skinsnear trunin L’adornsthe inhabitants of the hamlet of Perré no longer have Internet connection nor a fixed telephone from the December 26, 2022.

According to the telephone company Orangeowner of the affected line, their connection cannot be restored until one month later, the January 24, 2023.

19 subscribers would be impacted by the breakdown according to the operator.

Therese can no longer call for help

“My grandson couldn’t play the game console he received for Christmas,” complains a local resident. But the consequences of this failure could be much more dramatic.

On the other side of the departmental road, in an old building, lives Thérèse Massinot, 89 years old. She settled here in 1957.

She lives there alone, with her dog and her cat, who sleep peacefully on her medical bed, installed in the room which also serves as a kitchen and dining room.

Although she does not use the Internet like her neighbors, she does need her landline.

Like many elderly people, Thérèse Massinot is equipped with a collar allowing her to quickly contact the emergency services. Without an operational fixed line, this one does not work.

The situation does not reassure her. Last November, she fell, alone, at home. It was thanks to the device she wears around her neck that she was able to call for help.

She came out of it with “two cracked vertebrae and one broken”, she says, saddened. She returned home after four weeks of hospitalization, where she had to spend Christmas alone: ​​“I had too much back pain”.

Thérèse Massinot criticizes the company for not having informed her of this cut. “No one came,” she laments.

It was his grandson who came on Monday, January 2, 2023, to install a device allowing him to contact him, while waiting for the line to be restored.

Asked about the fate of Thérèse, the operator Orange invites his relatives to contact his customer service so that a mobile phone can be lent to him.

A cable torn by a construction machine

According to the mayor of the town, Thierry Couanon, a construction machinebelonging to a company mandated by the Department to maintain the borders of the departmental road in snatch a aerial cableduring his visit, Monday, December 26, 2022.

The city councilor regrets that the company did not notify the municipality about the incident: “we lost 8 days like that” and assures “to do our best”, with the Department and the operator Orange for the line is restored.

Two months without Internet in April and May 2022

In his home, Xavier Hurel, a resident, affected by the breakdown, is annoyed, he can no longer work for his company, based in the Paris region.

I need the Internet for my professional activity, it is essential!

Same observation with his neighbor, who also works from home.

A situation that pushes the residents to the end of their nerves. They claim to have suffered a similar failure in April 2022depriving them of Internet connection and landline telephone for two months.

After several exchanges with their Internet service provider, the inhabitants finally obtain a date for the resolution of their problem: the Monday, January 2, 2023.

But on D-Day, an SMS will irritate them even more: “Your breakdown is more complex to solve than expected. The return to normal is postponed until Tuesday, January 24, 2023 », nearly a month after the discovery of the failure.

Contacted, the Orange operator indicates that this incident requires the replacement of ” 240 meters of cables air”, an operation requiring “the stop of the circulation, the time of the building site”.

This work should take place on January 24, 2023, confirms Orange, which also ensures that it offers “200 GB of data and a 4G key loan” to its impacted customers.

Was this article helpful to you? Know that you can follow Le Journal de l’Orne in space My News . In one click, after registration, you will find all the news of your favorite cities and brands.

Her Internet connection cut in Écorches, Thérèse, 89, can no longer call for help