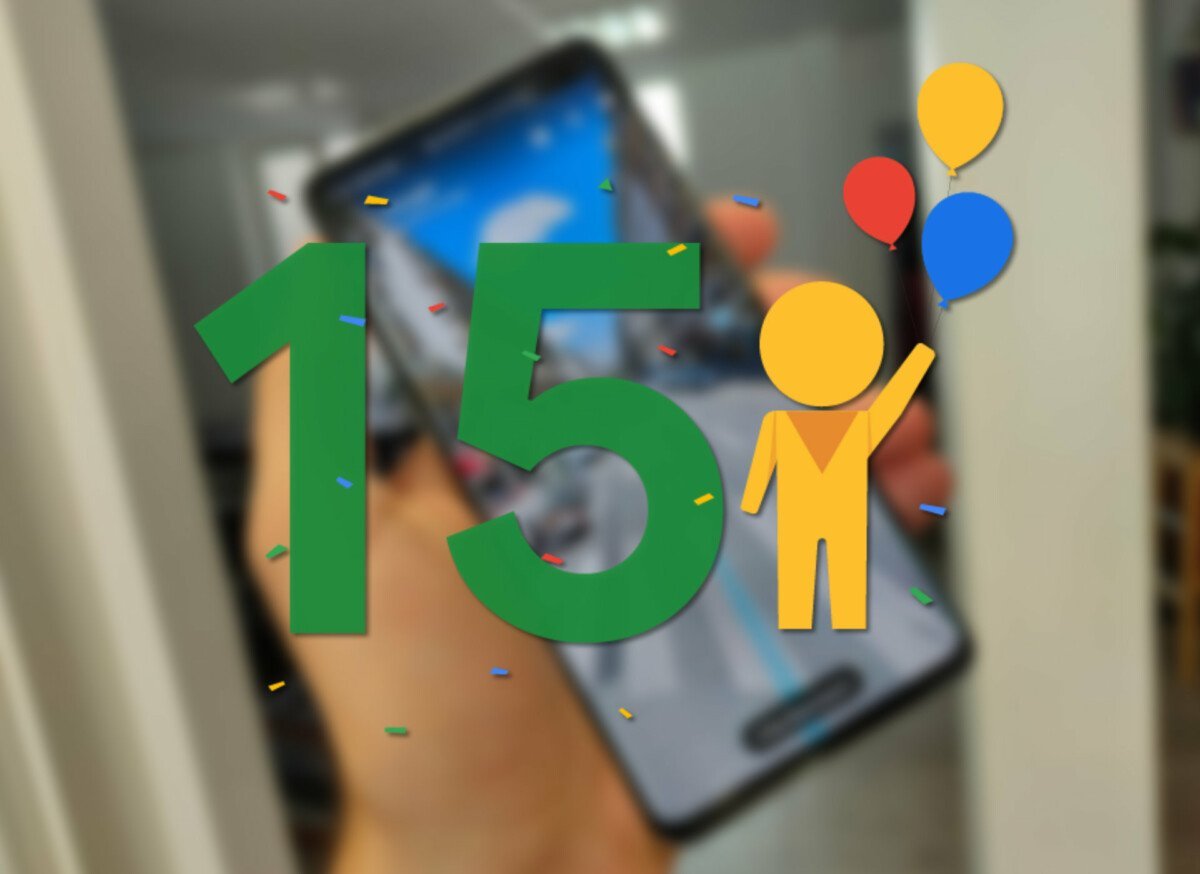 To celebrate 15 years of the Street View feature on Maps, Google is introducing a new option to view old photos of certain places to see how they have changed over the years.

In 2020, Google Maps celebrated its 15th anniversary. In 2022, it is the turn of one of the most iconic features of the navigation and mapping service to celebrate this anniversary in turn. Indeed, Google Street View is now 15 years old and prides itself on covering more than 100 countries and territories for a total area of ​​more than 16 million kilometers covered thanks to 220 billion images collected.

Remember that Street View is an option that allows you to view a very large number of roads in 360 degrees – in town or in rural areas – for a navigation experience that is more immersive than the simple map. Various tourist places can also be visited via Street View. And as you can see in this first presentation video, below, the service has evolved a lot in 15 years.

Street View was thus launched on May 29, 2007 according to Google, which decided to celebrate the anniversary a few days in advance. The American giant was perhaps in a hurry to share the few announcements it had to make for the occasion.

Google is indeed announcing a new feature on Street View. By viewing the 360 ​​degree panorama of a place, you will be able to access older images. It must be said that since 2007, a very large number of sites have been immortalized on various occasions.

Scroll through each of the images to discover a digital time capsule that shows how a place has changed, like the Vessel in New York’s Hudson Yards neighborhood that rose from the ground.

To access this feature, a dedicated “View more dates” button will appear when older images become available. The launch is planned for both iOS and Android. 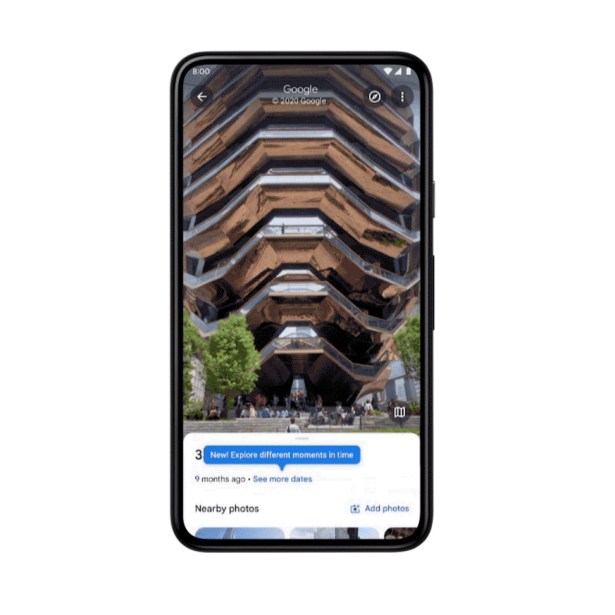 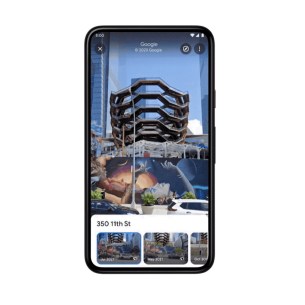 Google also reveals its great ambitions for the development of the visualization function. The firm announces that it will use a new camera from 2023. Its main advantage: the weight of less than 7 kilograms.

Indeed, you probably already know the famous Google Street View Cars, these cars equipped with large cameras that drive on the roads to record the images that are found in Street View. Currently, the acquisition head used is lined with 7 cameras and two LiDARs.

However, some places are inaccessible or difficult to access by car. It is then necessary to use means other than the car by posting this equipment on large tricycles, snowmobiles, in backpacks, or even on the back of a camel.

The new camera that Google will deploy integrates “ all the power, definition and handling capabilities we’ve packed into an entire Street View car, and squeezed it all into a
in an ultra-portable camera system that’s about the size of a house cat“.

The idea is simple: people responsible for capturing Street View images can easily transport this camera to hard-to-reach places and can take advantage of its great modularity to add or remove sensors as needed and attach it to wide range of vehicles if required. In the endthe user of Google Maps will be able to virtually visit even more places with even more precision.

Google takes the opportunity to highlight the power of its artificial intelligence. Of the 50 million updates recorded each day on Maps, half are generated by themachine learning. Indeed, the web giant’s algorithms are able to interpret the images with great precision to, for example, distinguish the opening hours of a sign if they are displayed on the storefront.

These are also algorithms that are able to interpret the data recorded by LiDARs. These capture point clouds to create a 3D map of a city to create immersive views (whether outdoors or indoors).

This function should make its debut later in the year and Google teams are already thinking of integrating animations to transmit real-time information such as the weather or the level of affluence of a place. A spokesperson for the firm also suggests that this would be a first step from Street View towards experiments in the metaverse.

Finally, the anniversary of Street View is also an opportunity for Google to proclaim its commitment to highlight the high places of cultural heritage.

Through this initiative, Google Arts & Culture is showing places on the site that are not accessible to the general public. With Street View, you can now virtually climb the famous Invalides dome which was, before the construction of the Eiffel Tower, the highest point in Paris.

Several other impressive architectural sites offer similar visits thanks to Street View, such as the Duomo of Milan, the pyramids of Meroe or the Great Mosque of Djenné.

On the occasion of the 15th anniversary of Street View, Google is sharing the list of countries and cities most visited in the world by users of this Maps function. We also discover places…
Read more