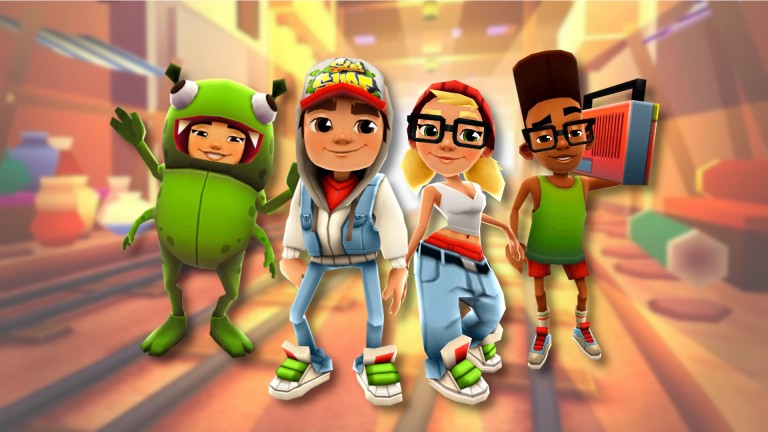 Game News Genshin Impact is far from the biggest mobile game of the year, discover the classification

In the ranking of mobile games, whether in terms of spending or downloads, Genshin Impact is far from dominating the market. Let’s take a look at the most popular productions.

When we think of mobile games, it’s usually the same titles that come to mind the fastest: Genshin Impact, Clash Royale, Candy Crush… However, in the ranking of the most downloaded productions, other games who dominate the market. The very serious analyst Sensor Tower collected the following data around the world between January 1 and December 6, 2022; In the first position of the most downloaded games on the phone, we find Subway Surfersa game released in 2012 that already achieved 275 million downloads this year. In 2018, the Sybo studio software also inherited the title of the first Android game to exceed one billion downloads. Let’s remember the principle of this runner: guide your little hero as far as possible while avoiding touching the many obstacles that will stand in your way. Mechanics as simple as they are effective which make Subway Surfers an ever-constant success, not to mention the major communication campaigns from which it has benefited.

In second place, we then find Garena Free Fire which culminates 245 million downloads. More anonymous with us, it is a Battle Royale developed and published by the Singaporeans of Garena. By 2021, the title had surpassed 150 million daily active users and is mainly popular in India, Southeast Asia as well as Latin America. The third place is occupied by another BR, Stumble Guys, a kind of Fall Guys clone offered by the Finnish studio Kitka Games. The free software is awash in positive reviews and even had 1.5 million daily players this summer 2022. It has 174 million downloads this year. Then in fourth position, we find the Indian board game Ludo King (165 million downloads) followed by Roblox (163 million downloads).

Which games make you spend the most money?

If we look only at the games that have made the most money spent through microtransactions, a whole different list appears before our eyes. With 2.5 billion dollars on the counter, Honor of Kings reigns supreme in the rankings. Inspired by League of Legends, the game offers several combat modes, notably in cooperation. It was released in 2015 exclusively in China and had not been exported elsewhere until 2022; the golden goose of Tencent (by the way voted the biggest publisher in the world in terms of spending) had more than 145 million monthly active players in March 2022 according to figures from QuestMobile. Honor of Kings is therefore generally presented as the most played game in the world on all platforms.

Behind him is PUBG-Mobile which ranks second with $1.9 billion, followed by Genshin Impact and its $1.7 billion. Favorite of the moment, the title of MiHoYo has also won the Player’s Voice Award, a reward entirely determined by the public at the Game Awards. Far ahead of the other competitors, he fought a merciless battle against Elden Ring and Sonic Frontiers. And then not far behind in the ranking, we find the eternal Candy Crush with 1.2 billion dollars then Roblox and its 1 billion dollars.

The ranking of the top spending countries on mobile does not include any notable surprises: The United States is of course in the lead, followed by Japan, China, South Korea and Taiwan, countries in Asia where mobile gaming has on the rise.

Genshin Impact is far from the biggest mobile game of the year, discover the classification