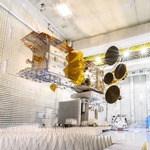 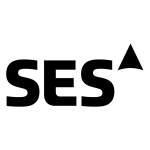 The SES-17 ultra-broadband satellite manufactured by Thales Alenia Space is now ready to provide unprecedented connectivity services to customers in aviation, maritime transport, enterprises and government agencies, on land, at sea and in the air. Its main customer, Thales InFlyt Experience, will leverage its capabilities for the benefit of FlytLive, a next-generation air connectivity solution that will optimize the Wi-Fi experience onboard commercial aircraft flying over the Americas and the Caribbean. In addition, major corporate sector customers in Brazil, Argentina, Colombia, Mexico and Canada, including SSi Canada and COMNETwill be able to extend the coverage and capacity of their broadband networks to more remote areas.

Featuring an all-digital payload driven by the most powerful DTP (Digital Transparent Processor) in orbit, offering some 200 user beams and unparalleled flexibility, SES-17 not only represents a major advance in satellite technologies, but also a first step in the integration of SES’s multi-orbit network. Its payload is managed by ARC (Adaptive Resource Control) software, which makes the satellite interoperable with the second generation satellite communication system O3b mPOWER of SES in medium Earth orbit (MEO), the deployment of which will begin in the coming months.

“We are thrilled that our long-awaited SES-17 satellite can begin delivering its services, which promise to redefine and transform the digital landscape for many applications in America, and bring its people high-speed connectivity wherever they go. find,” said Ruy Pinto, Chief Technology Officer (CTO) of SES. “We are extremely grateful to our partners at Thales Alenia Space and Arianespace for sharing our vision at every stage from the genesis of SES-17 to its entry into service. »

SES-17 has been launched successfully aboard an Ariane 5 rocket, operated by Arianespace, from the European spaceport of Kourou, French Guiana, on October 23, 2021 at 23:10 local time (02:10 UTC). SES-17 was 37th SES satellite launched by Arianespace and on the 30th manufactured by Thales Alenia Space, joining SES’ current network of 70 satellites in orbit.

SES has a bold vision to deliver amazing experiences anywhere on earth, delivering the highest quality video content and seamless connectivity around the world. A leader in global content management and connectivity solutions, SES operates the only multi-orbital satellite constellation, combining both global coverage and high performance, with the low-latency and commercially proven O3b system, located in Earth orbit. average (MEO). SES relies on an intelligent cloud network to provide very high connectivity solutions anywhere on land, at sea and in the air. It positions itself as a trusted partner for the largest telecommunications and mobile network operators, governments, cloud and connectivity service providers, broadcasters, video platform operators and content owners. SES’ video network carries approximately ~8200 channels to 366 million homes worldwide, providing managed media services for linear and non-linear content. The company is listed on the Paris and Luxembourg stock exchanges (index: SESG). More information on : www.ses.com.