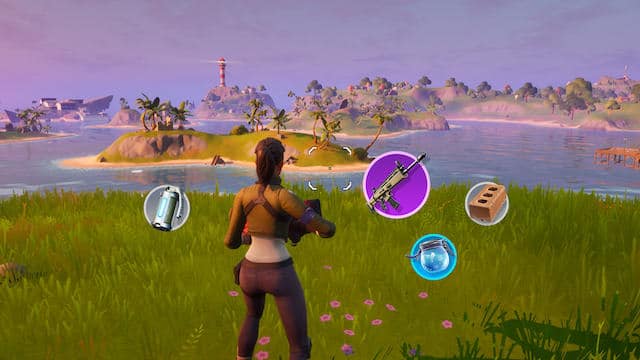 Newzoo recently unveiled the revenue generated by the mobile video game. And it would be down. Same with Fortnite.

Finally an area in which Fortnite does not excel, some will say. And others will share their pain to see the battle royal not ensure. Because yes, as surprising as it may seem, the title of Epic Games generated less money than last year. At least, at the mobile video game level.

But let the fans be reassured, on the side of the video game, in itself, it is still as successful. Especially since a new chapter has just landed. To the delight of players. A new chapter with big news.

But will this be enough to allow the mobile version of Fortnite to go up the slope? As our colleagues from Presse Citron know, an article from the Financial Times was worrying a few days ago. Especially after relaying the news from Newzoo.

Information indicating that after crossing « the mark of 100 billion dollars, the revenues of mobile games in 2022 would be down 6.4%” . But our colleagues specify that this concerns all mobile video games.

By giving some examples to illustrate his arguments. In 2023, app revenues were estimated at $92.2 billion. This sharp decline contrasts with growth of 7.3% and 25.6% observed in 2021 and 2020 respectively″. Announces the medium.

This increase, a few years ago, was caused by the numerous confinements. This has increased the number of players on Fortnite and all other mobile games. But today things have changed.

And as our colleagues note, the crisis is not helping matters even less. Fewer and fewer people want to spend money on extras in a video game. That’s why spending to buy skins or additional content doesn’t connect many people…

Fortnite and mobile gaming in a bad spot?

Something to please parents who ruin themselves a little less to please their children who play Fortnite and the like. Moreover, the latter have recently filed a complaint against Epic Games. In particular because of the addiction engendered by the battle royal.

And it looks like the studio has heard the call. Given that the studio has stepped up its parental controls on the game. But to come back to the drop in revenue on the mobile video game, what is the reason?

Our colleagues have precisely relayed information that allows us to find out more. The first reason comes from the presence, in number, of free-to-play games. In other words, free games. Indeed, players prefer to turn to this kind of titles. And that is understandable.

Since it saves you from spending money. But exclusion from the Russian market would also play an important role in this drop in revenue. And unfortunately, even if Fortnite is a hit, it impacts the numbers.

Our colleagues from Presse Citron finally note a last element. In particular the severity against advertising tracking on IOS. ” As ad tracking is more limited on iOStoday, some developers would struggle to deliver their ads to targeted gamer types”. Explain the media.

Fortnite: the mobile video game is no longer so profitable in 2022?