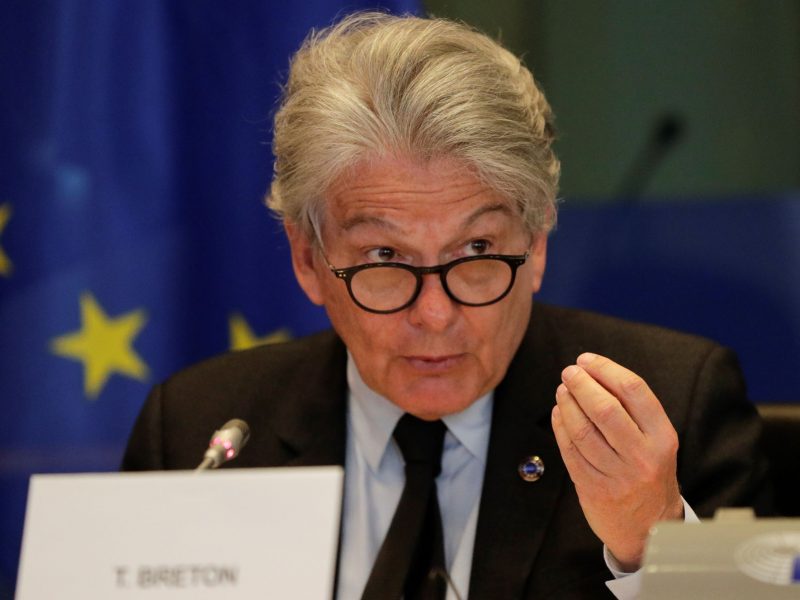 European Commissioner Thierry Breton announced last May that he wanted the biggest Internet service providers to participate in the financing of European telecom infrastructures. Many digital players are worried about a reform that they consider complex and superfluous. ” We have nothing to hide “, retort the operators.

The Commissioner’s initiative, which is still in its infancy, seeks to introduce a “European digital toll” so that the biggest users of telecoms infrastructures participate in their financing.

” It’s a sea serpent, which comes back year after year but has never really been taken seriously, until now. testifies a specialist in the file, on the sidelines of a conference on the subject co-organized by EURACTIV France and the European Movement France (MEF) on Tuesday (29 November).

” A handful of players alone occupy more than 50% of the world’s bandwidth. It is now time to reorganize the fair remuneration of the networks “wrote Mr. Breton on Twitter on May 4th. The ” principle is acquired “he specified a few days later in The echoes.

An issue of ” general public interest »

The subject is huge: only 86% of Europeans today have access to high-speed internet, according to MEP Christophe Grudler (Renew Europe). ” These figures testify to a great territorial inequality and massive investment is needed to address this imbalance, he explains.

” A majority of internet traffic is concentrated on a few players who are mainly Americans, who use the same bandwidth he adds, emphasizing the need for empower » the use of infrastructure.

An opinion widely shared by Mireille Clapot, Renaissance MP for Drôme and member of the High Commission for Digital and Postal Services (CSNP) – for whom “ general public interest must take precedence in access to internet services.

” We have in France citizens who are far from digital but who finance the networks through taxes, which is not fair “explains the MP.

The CSNP had already urged the government to ” support any European initiative that would lead to a better balance and a contribution from GAFAM [Google, Amazon, Facebook, Apple et Microsoft] financing telecom infrastructure ”, according to a notice published in July 2022.

📶A little more than half of French people would be in favor of access providers #Internet give priority access to their networks to content providers who agree to fund network infrastructure (57%) #InternetGovernance pic.twitter.com/l8x4MMs1Ky

The largest European telecom operators are united in stressing the need for such a reform.

” Our investment capacities are not infinite and we must ensure that the revenues of telecom operators are correlated with the costs that the growing data traffic from the tech giants imposes on us”wrote in July 2022 the European Telecommunications Network Operators’ Association (ETNO), a union that brings together the biggest players in the sector.

According to one of their reports, 56% of traffic on the global fixed and mobile internet networks comes from six American digital giants. Managing the increased bandwidth flows would represent investment costs of 36 to 40 billion euros per year, borne by European operators.

” More than ever, we must size our networks to adapt them to new internet uses “, explains to EURACTIV France Michel Combot, director general of the French Federation of telecoms (FFT). Fact ” overinvestment is needed to absorb traffic peaks “.

The FFT estimates the necessary investments on the French network in 2021 at 14.8 billion euros. It’s a choice: not all investment in network infrastructure goes into deploying quality coverage. adds Mr. Combot. 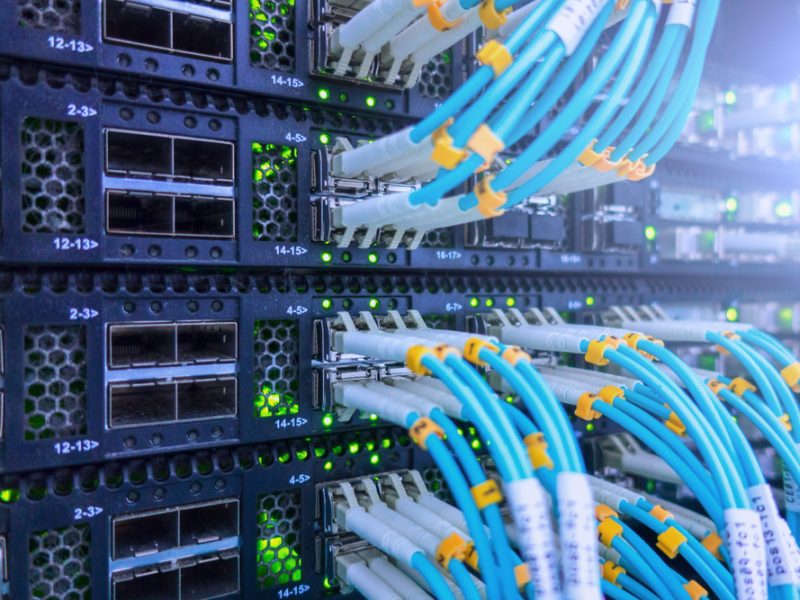 A ” symbiotic relationship ” in both ways

An analysis that leaves David Abecassis, a partner in the consulting firm Analysis Mason and a specialist in telecom issues, speechless: to hear ETNO, ” each time a bit of data is sent over a network, there is a cost for the operator. However, it is not the case “.

According to him, the costs of infrastructure are essentially fixed – once they have been put in place, the intensity of data traffic “ doesn’t make a big difference “.

A report from Analysis Mason also shows that while global traffic has increased by 160%, network costs for internet service providers have only increased by 3% between 2018 and 2021.

As for the “digital toll” advocated by Mr. Breton, it can jeopardize the development of innovation and the entry into the Internet market of innovative small and medium-sized enterprises (SMEs), explains Bruno Veluet, president of the Association alternative telecom operators (AOTA).

“SIn the long term, this will probably impact the relationship with other non-European regulators and create a domino effect on global legislation on access to telecoms infrastructure, he says. With the great risk of undermining the fundamental principle of Net neutrality.

What about content providers? Admittedly, Netflix or Youtube obviously wouldn’t exist without an open internet, but ” the symbiotic relationship also exists in the other direction: operators benefit from video-on-demand providers to sell their services to citizens “, insists Thomas Volmer, director of content delivery policy at Netflix.

All say they are ready to step up to defend their interests and make the European legislator understand that new regulations are simply not necessary: ​​“ At the national level, the situation has calmed down and we risk having a festival of contradictory injunctions which will hysterize an environment that has been peaceful for ten years. “, according to Alexandre Archambault, lawyer in digital law.

A European public consultation is eagerly awaited in the first months of 2023.

🔴 LIVE – What funding & regulation for networks in 🇪🇺?