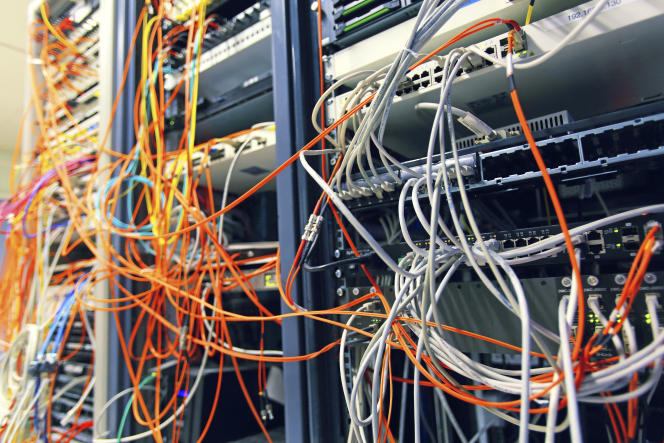 The breakdown happened suddenly, in the middle of the night. In several places in the territory, particularly in Ile-de-France, fiber optic cables responsible for transporting large quantities of data were severed, disrupting part of the hexagonal Internet traffic. At dawn on Wednesday April 27, many Internet users were having great difficulty connecting, in particular in the Grenoble area, in Alsace and in the north.

At the end of the afternoon, the cyber section of the Paris prosecutor’s office announced the opening of a preliminary investigation by the heads of “deterioration of property likely to harm the fundamental interests of the nation”, “obstructing an automated data processing system” and ” conspiracy “regarding these incidents.

Fiber optic cable breaks are commonplace. But they are generally the result of human errors, for example on construction sites carried out on the road network.

In the early afternoon, the Secretary of State for Digital, Cédric O, recognised from “cable cuts” and explained to follow the file with the operators concerned.

For its part, the operator Free (whose founder, Xavier Niel, is a personal shareholder of the World), which is one of the operators most affected by these cuts, clearly mentioned on his Twitter account of “multiple acts of malevolence on [l’]below[structure] fiber during the night and in the morning ». The operator also published photos of the damage where we see fiber optic cables cut clean. One of the company’s executives, however, told the World in the morning of Wednesday that it was for the hour “too early to speak of coordinated action”.

SFR, also concerned, confirmed cuts in the Lyon region on Tuesday, then in the Paris region, overnight, specifying that its teams were on site.

The simultaneous nature of the fiber cuts and their apparent coordination shocked all the network specialists we interviewed. “In twenty years of the Internet, this is the very first time that I have seen a physical attack of such magnitude”told the World a French network expert who prefers to remain anonymous.

Arthur Dreyfuss, president of the French Telecoms Federation, denounced in a press release “acts of sabotage (…) unprecedented and totally unacceptable”. “We have been alerting the public authorities for many months to the resurgence of malicious acts on our infrastructures. We reiterate our call to the future government to intensify the fight and prevention against these acts of vandalism and we call for tougher criminal sanctions against their perpetrators,” continued the representative of the four main French Internet operators.

The motives for these acts of vandalism remain unknown. Netalis, an Internet company whose activities have been disrupted by these cuts, has already announced its intention to file a complaint and to become a civil party in order to “shed light on this coordinated malicious act, identify and prosecute its perpetrators, as well as obtain compensation for the damage suffered”.

Malicious acts targeting optical fibers are rare. In May 2020, cables belonging to Orange had been severed in the Paris regioncausing more localized damage and triggering the opening of an investigation.

Read also: Article reserved for our subscribers Telecom operators cut themselves off from their networks

The incident is serious, but it shows the great resilience of the French Internet and those who maintain it. If the fiber optic cables that have been cut constitute major arteries for the circulation of data, in particular for Free and SFR, the various players in the French Internet have endeavored, on Wednesday morning, to find alternative paths, considerably limiting the effects for Internet users.

At midday, Free thus announced that the incidents were now “circumscribed” and “residual problems [étaient] being corrected in Reims and Graveline ». At Bouygues Telecom, “Some telecom players say they have observed breaks in Internet links that impact the services of their customers”. But Bouygues Telecom “does not use the links affected by these malfunctions, and mobile and fixed services are provided normally. However, our teams remain on standby.specifies the operator at World. Orange, for its part, “has not noted any particular disturbances on the network. The teams remain on heightened vigilance”.