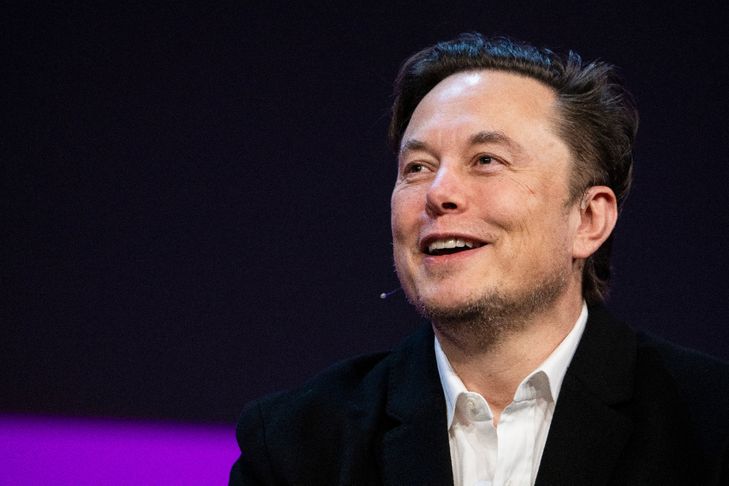 The French satellite operator Eutelsat announced on Tuesday that it had signed “a memorandum of understanding” to merge with the British OneWeb and its constellation, an operation intended to create a giant in the race for the internet from space against the mastodon Starlink from American SpaceX.

After announcing on Monday that it was in “discussions (…) with a view to a possible merger” with OneWeb, of which it is already a 23% shareholder, Eutelsat confirmed on Tuesday that the shareholders of the two companies will each hold 50% of the shares of the future combined group.

The transaction, which will be through an exchange of shares, values ​​OneWeb at 3.4 billion dollars implying a value of 12 euros per Eutelsat share, the company said in a press release.

The completion of the operation is expected by “at the end of the first half of 2023”, she added.

The Eutelsat share, a specialist in geostationary orbit with its fleet of 35 satellites positioned 36,000 kilometers from the Earth for satellite broadcasting and broadband internet services, lost 1.98% to 8.41 euros, in a market down slightly by 0.33%, around 9:10 a.m.

While it had fallen by nearly 18% on Monday, the group’s general manager Eva Berneke mentioned on Tuesday during a conference call the strong “uncertainty” created by “our lack of communication”. “We are creating a growth-oriented group” and this acquisition “is a big change for some shareholders,” she said.

The British company OneWeb has already deployed 428 of the 648 satellites in its constellation in low orbit, at a few hundred km altitude in order to provide high-speed Internet with low latency, or reduced data transmission delay, essential to meet rapidly growing needs.

Eutelsat is 20% owned by Bpifrance, the French state’s public investment bank, as well as by the Strategic Participation Fund (FSP) held by seven French insurers, the rest of the capital being floating.

This merger project aims to install the whole in the high-speed space internet sector in low orbit, in particular to serve isolated regions without fiber optics. A market estimated at 16 billion dollars by 2030, according to Eutelsat.

In this race, American billionaire Elon Musk’s SpaceX has taken a step ahead. More than half of the 4,408 satellites in its Starlink constellation have already been deployed (it wants 42,000 eventually). Amazon founder Jeff Bezos plans to deploy more than 3,200 satellites for his Kuiper constellation.

The European Union also wants to deploy its own constellation in low orbit of around 250 satellites from 2024, in the name of sovereignty.

“We do not know what the future European constellation will look like but we are eager to start the dialogue with the Commission,” said Eva Berneke on Tuesday.

As for China, it also has its own constellation project, Guowang, with 13,000 satellites.

“Low-orbit constellations are a market that can potentially become strategic for governments,” Romain Pierredon, an analyst at AlphaValue, told AFP on Monday.

Takeoff of a Soyuz rocket carrying satellites from the British company OneWeb from the Baikonur cosmodrome on December 27, 2021 in Kazakhstan / Russian space agency Roscosmos/AFP/Archives

“Right now, the stakes are more and more sovereign, we see it with semiconductors and in other industries. The goal is not to depend on anyone, so Europe would be a potential big customer for OneWeb” , he added.

The deployment of the OneWeb constellation was put on hold in February by the interruption of flights of the Soyuz rocket, decreed by Russia in reaction to Western sanctions imposed after the invasion of Ukraine.

“It could have set us back for a long time (…) but we have had tremendous support from the United States and the Indian government,” OneWeb executive chairman Sunil Bharti Mittal said on Tuesday, adding that a contract for 3.5 launches had been concluded with SpaceX and that the Indian government had made available 2 GLSV rockets to complete the deployment of the constellation “most certainly by March 2023”.

Eutelsat will merge with OneWeb to create a space internet giant