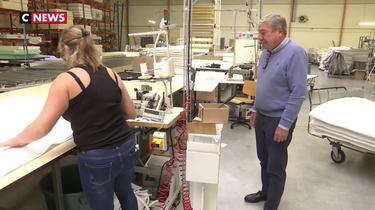 Particularly voracious in energy, the internet boxes will soon integrate a mode allowing a standby at night, according to an announcement made by Jean-Noël Barrot, the Minister Delegate in charge of the Digital Transition, this Monday.

Like the government slogan linked to the energy sobriety plan, aiming to reduce our energy consumption by 10% in two years, “every gesture counts”. To stem the soaring digital energy costs, up 9% each year in France, the government wants to act on putting internet boxes, which are particularly energy-intensive, on standby.

Asked this Monday about the establishment of a night watch system on internet boxes and TV decoders in consumers’ homes, Jean-Noël Barrot, the Minister Delegate in charge of the Digital Transition and Telecommunications, revealed that the subject had been put on the table by the government, in consultation with the telecommunications operators.

Cut off of his internet box remotely by his operator: “this is the objective” declared @jnbarrotMinister for the digital transition on #Europe1 pic.twitter.com/xLKTVNcXka

“The objective is to reduce energy consumption at night without requiring too much effort from the French. Today there are boxes, decoders, which go into standby automatically but all that is not yet completely uniform. The commitment made by the sector is either to make an update allowing this standby mode for existing boxes already installed, or for new boxes distributed and sold that this standby mode be installed by default, “said detailed Jean-Noël Barrot on Europe 1.

In fact, all internet boxes and TV decoders will in the near future integrate automatic or programmable standby, like current televisions. The implementation of this feature on televisions has enabled major energy savings since a device in standby consumes ten times less than a device in normal operating mode.

Some telecommunications operators have already taken this turn. Free, via the Freebox Connect application, currently offers to cut off its WiFi during certain time slots. The subsidiary of the Iliad group has announced the implementation of an “energy saving” mode on certain models, allowing in particular to deactivate the telephone or to put the TV decoder on standby, for an energy saving estimated at 95% . Industry leader in broadband subscribers, Orange, has already implemented this system on its Livebox 6, with a reported saving of 85% in deep standby, according to France info.

The internet box and TV decoder duo is particularly energy-intensive, in particular because of WiFi. According to the Environment and Energy Management Agency (ADEME), the two coupled devices would consume an average of 184 kWh per year, more than some household appliances such as refrigerators or washing machines. For a single box, the average annual cost for each French person would be more than 30 euros, according to this same source.