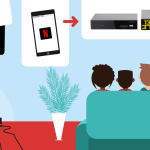 Season 3 of Emily in Paris was released on 12/21, exclusively on Netflix. Composed of 10 episodes of about thirty minutes, this American series made no big comeback just before Christmas. Between haste and apprehension, viewers can watch the entirety of this new season in one go. Netflix announced at the end of season 2 the upcoming broadcast of seasons 3 and 4. Here is the information we have on the upcoming season of Emily in Paris.

Emily in Paris : release date of season 4 exclusively on Netflix

While season 3 of the hit series has just been released, viewers’ eyes are already turning to the aftermath. Indeed, Netflix announced a sequel a long time ago, which is therefore official. At the end of season 2, the giant SVOD platform ordered a season 3 and a season 4. Thus, we already know thatEmily in Paris will have more episodes. Given the construction of the 3 seasons already released, we can expect 10 additional episodes of about thirty minutes.

Benefit from a internet box with Netflix will allow customers to binge watcher all 10 episodes of this American series.

Read also
Netflix Free: how to watch Netflix with your Freebox?

If season 3 of Emily in Paris came out quite quickly, we can expect not to have to wait too long to be able to watch the sequel. Even if no official date has been communicated, a release in less than a year, during 2023 is possible. The Darren Star series achieved blazing success with the first two seasons. Indeed, season 3 does not seem to arouse as much enthusiasm.

As a reminder, the heroine comes straight from Chicago and lands in Paris in a luxury marketing agency in trouble. Emily takes the place of her boss, pregnant and unable to move to Paris. In the Panthéon district, she discovers the French capital and tries to breathe new life into Savoir, where she works as an intern.

The key elements of season 3 by Darren Star:

Besides, some internet box with fiber optic include a Netflix subscription that lets you watch this hit series all at once.

When is season 4 of Emily in Paris ? Casting, intrigues and controversies

The great strength of this successful series lies in a steady cast, where the actors present in the first season should continue to be present. We expect in particular the continuation of the relationship between Gabriel, Emily and Camille. Without forgetting Alfie, who in season 3 of Emily in Paris occupies a significant place.

As with the season that came out recently, we can expect a filming not only in Paris, but also in Provence and Normandy. Also, viewers would like to see the neighborhoods of Paris more popular and authentic, to move away from the heavy clichés as the heroine of Chicago becomes Parisian.

A summary of the news of seasons 3 and 4 of Emily in Paris :

Some SFR internet offers allow you to take advantage of an included Netflix subscription, which therefore gives access to all episodes of Emily in Paris. For example, SFR Power is only €26/month for 12 months. In addition, the commitment required on this internet box with Netflix is only one year.

Read also
Transferring a Netflix profile: all the steps to follow

Our team selects the best offers for you. Some links are tracked and may generate a commission for MySmallPackage without this affecting the price of your subscription. Prices are given for information only and are subject to change. Sponsored articles are identified. Click here for more information.

Emily in Paris: a season 4 on Netflix, but when?