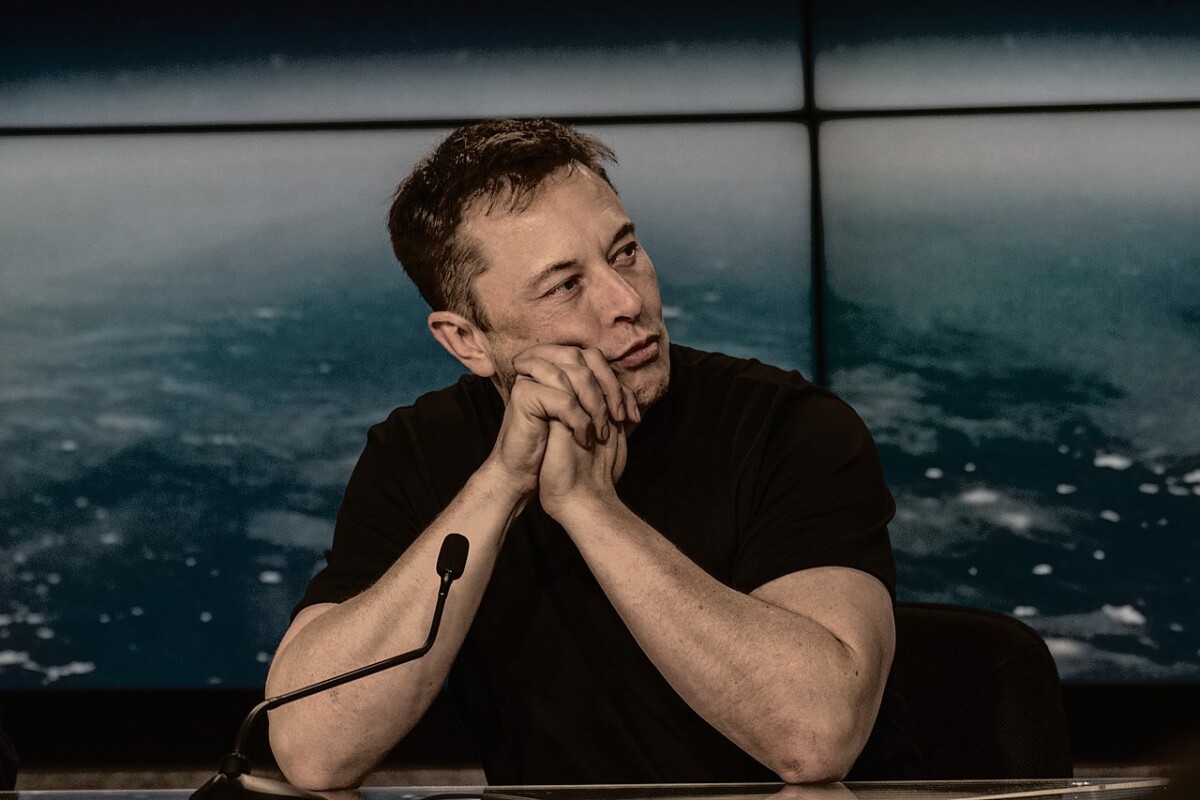 Everything seemed to smile at Elon Musk until the takeover of Twitter which turned into an infernal spiral. But all has not always been rosy for the billionaire.

At the start of 2022, Elon Musk was still the richest man in the world. Tesla knew a record capitalization, SpaceX managed to send rockets into space and bring them back intact… Suffice to say that the billionaire was seen as a historical figure by many people for his insolent successes. But that was before he became one of techno bros » the most hated in the world.

As of April 2022, Elon Musk is buying back millions of shares Twitter before finally making a buyout offer. A real showdown ensued during which the owner of Tesla try to give upto find excuses and ends up in court, forced to shell out $44 billion for “ to free” the blue Bird.

This circus ended in October, giving way to a new infernal maelstrom for the company, its employees and its users. A big part of payroll was laid offa good number of service providers were thanked, the certification became paid, then disappeared, then returned to gold, and now in square for companies, journalists have been banned and Elon Musk turns out to be as tyrannical as he is indecisive.

During this time, the businessman cares much less about his other businesses, which is criticized by many shareholders who see the share price drop significantly. Everything suggests that Elon Musk voluntarily makes the worst decisions every day, leading him very far from the image of theself-made man(with the help of his father’s diamonds) who turns everything he touches into gold.

But this image was already very flattering, since the one that some call “Space Karenhas experienced several failures in his life. Here is an anthology.

The day he was fired from his own company

We will pass on the day when, still young, he went to Netscape (a company which was then recruiting with a vengeance), his CV in hand and he waited in the lobby without daring to approach anyone. He ended up leaving without submitting his CV and founding his own company, Zip2, which he sold to Compaq for several million dollars. Instead, let’s start the story from X.com, his online bank founded soon after.

Already then he was known for his tantrums, capable of turning all red when his collaborators had left at 9 p.m. Also, when X.com merged with its competitor Confinity (merger which later gave PayPal), not everyone carried it in their hearts. As Musk cooed to Sydney for his honeymoon, X.com employees conspired to oust him by convincing the board to appoint Peter Thiel as the firm’s CEO.

He still remained in the company (then PayPal) by keeping his shares. He collected 180 million during the takeover by eBay.

Tesla wasn’t always the thriving business it is today (or it was at the start of the year). In its early days, the company came close to bankruptcy on several occasions due to its considerable investments and far too timid revenues. Until recently, Elon Musk himself explained that the Covid had dealt a serious blow to Tesla’s activity. Business lockdowns in China have cost its Gigafactory in Texas and Berlin thousands, if not millions, of dollars.

But what has marked consumers are the repeated delays. Not only has the American manufacturer suffered from numerous delivery and production delays, but its great guru has been announcing since 2014 the arrival of the 100% autonomous car. The one that will no longer need a driver at all and can serve as a robot taxi. Elon Musk predicted more than a million on our roads in 2020.

Since 2014, Elon Musk reiterates his promise every year : “100% autonomous driving at Tesla is coming next year“. In May 2022, he repeated it again. At the end of the year, however, he was already less confident. We can therefore imagine that he will renew his promise in 2023…

This failure is funnier than anything else. In 2019, Elon Musk took the stage to unveil the Cybertruck, this electric pickup with a futuristic look. The effect “wowis there, the room is in awe of this very special vehicle, unlike any other in circulation. We can say that it is a real success, until the moment when the director of the design pole of Tesla wishes to prove the solidity of his new baby.

The first test was rather convincing: the great sledgehammer given to the door of the pickup didn’t scratch it. The second test was a bocce ball thrown into the side window and supposed to bounce. Supposed only.

Astonished by the result, Elon Musk and him start the operation again… and break the rear window. A big moment of embarrassment for the two men who wanted to achieve a tour de force.

The next day, Elon Musk will explain that the sledgehammer in the door weakened the window… But that doesn’t explain why the second one broke as well. Well, anyway the pickup has been postponed again and will not be released before 2023, enough to review this little problem.

Creating autonomous cars, sending people to Mars… these are crazy projects on which Elon Musk has still advanced the state of the art. He also set himself another challenge: that of destroying the corks. His idea ? A Hyperloop! Initially, it was a new mode of transport, both ecological and faster than the plane, capable in theory of reaching more than 1100 km/h. In theory.

In practice, the realization proved to be much more difficult than expected, even by pooling the efforts of several companies. The transport of people was finally abandoned in 2022.

Monkeys killed “but without cruelty”

Another company of Elon Musk making a little less talk about it: Neuralink. Its purpose is to allow transhumanism with chips implanted in the brains and connected to electronic devices in order to control them by thought.

Obviously, to carry out such a program, Neuralink did not directly open the cranial box of a human to install a Bluetooth chip, but began its studies on macaques. Investigations nevertheless seem to show that the tests were a little too hasty, “causing unnecessary suffering and death“. In total, these are 1500 animals that the company would have killed.

Neuralink fights back of this, stating that all experiments were conducted within a framework “usual“, in accordance with the American laws on the subject and “cruelty free“. A federal investigation is currently underway to determine the veracity of these remarks.

His tweets chaperoned by a legal team

As we know, Elon Musk tends to tweet a little quickly what he thinks. A little too much sometimes. The problem comes when he talks about his businesses and his millions of followers are interested in what he says to invest or not. While it has participated in the rise of certain cryptocurrencies such as Bitcoin or Dogecoin, it has also made Tesla’s share price very volatile.

This attitude ended up irritating some of them, and in particular at the SEC (theSecurities and Exchange Commission, which regulates the stock market on Wall Street). Judging that the owner of Tesla was manipulating the market, the SEC ended up obtaining from Elon Musk that his Twitter activity be verified beforehand by legal advisers. On the verge of putting parental controls on your phone…

What this tells us about Elon Musk

In short, you will have understood that Elon Musk’s journey is not a SpaceX rocket to Mars, but rather a rather hectic roller coaster. And we have only mentioned his professional life here, his personal life being just as chaotic.

Still, he rebounded from a large number of his failures to come out of it brilliantly (and despotically). But what will become of Twitter? Will his perseverance manage to counterbalance his authoritarian and erratic character? Only the future will tell us.