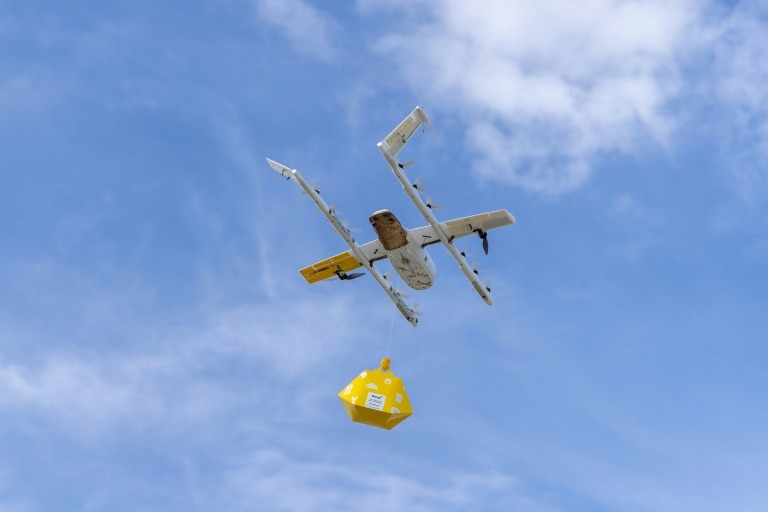 Delivery by drones, means of payment, online sales, everything is done to attract or retain customers. Focus on a few ideas that may inspire you.

The drone deliveries have become a reality in parts of the United States. After placing an order on the application created by Wing, a subsidiary of Alphabet, the parent company of Google, you can receive your order. Wing currently only covers a few tens of square kilometers and only delivers items from the Walgreens brand and the local Blue Bell ice cream parlor.

Although the company only uses a drone weighing less than 5 kilos made of polystyrene, Wing had to obtain the same certifications as DHL or UPS which carry out deliveries by air, according to Jonathan Bass, of the Alphabet subsidiary. However, growth is on the way. Consulting firm McKinsey pointed out that the number of drone deliveries had risen from 6,000 in 2018 to almost half a million last year.

The group claims 16 billion euros invested in its activities in France between 2010 and 2021. Amazon indicates that more than 13,000 French VSEs and SMEs sell on its marketplace as third-party sellers.

With Stancer, Xavier Niel launches the battle for payment at low prices

The indisputably successful telecom provocateur is attacking the credit card payment market to win over merchants and small businesses. Stancer is “a payments provider that offers solutions for merchants and small businesses”. The project was launched in 2018, led by Xavier Niel, the founder of Free. “At Iliad, we were tired of paying exorbitant fees to be able to collect our subscribers.

That’s how Stancer was born. It is a fairer payment solution”. As early as 2019, Stancer was used by the Iliad group, before the Stancer Pay solution was offered to merchants and freelancers. The offer covers all distribution channels, with low prices and relatively simple implementation. Stancer wants to shake up the world of payment, as Free did before him in telecoms. Indeed, this market is undergoing profound change, with the arrival of new players such as SumUp or gigatechs such as Apple Pay.

Despite an uncertain environment, e-commerce grew by 16.8% in the 3rd quarter thanks to sales of services

Sales of 3th quarter represent 560 million transactions, products and services combined, an overall increase of 8.8%. This increase is driven by the resumption of services.

The effects of inflation on the amount of transactions are however being felt, with an increase of 7.3% in the average basket for this 3th quarter, i.e. an average amount of 64 euros.

After a 15% drop in the sale of online products during the 1er semester – under the effect of the backlash of the records recorded during the health crisis – the sector is stabilizing at its 2021 level, down slightly: -2%. The sale of products online, however, maintains a dynamic of structural growth, with an increase of nearly 30% compared to 2019.

The number of active merchant sites continues to grow, despite a slowdown, by 6% compared to 3th quarter of 2021. In one year, 11,000 more e-commerce sites have been launched.