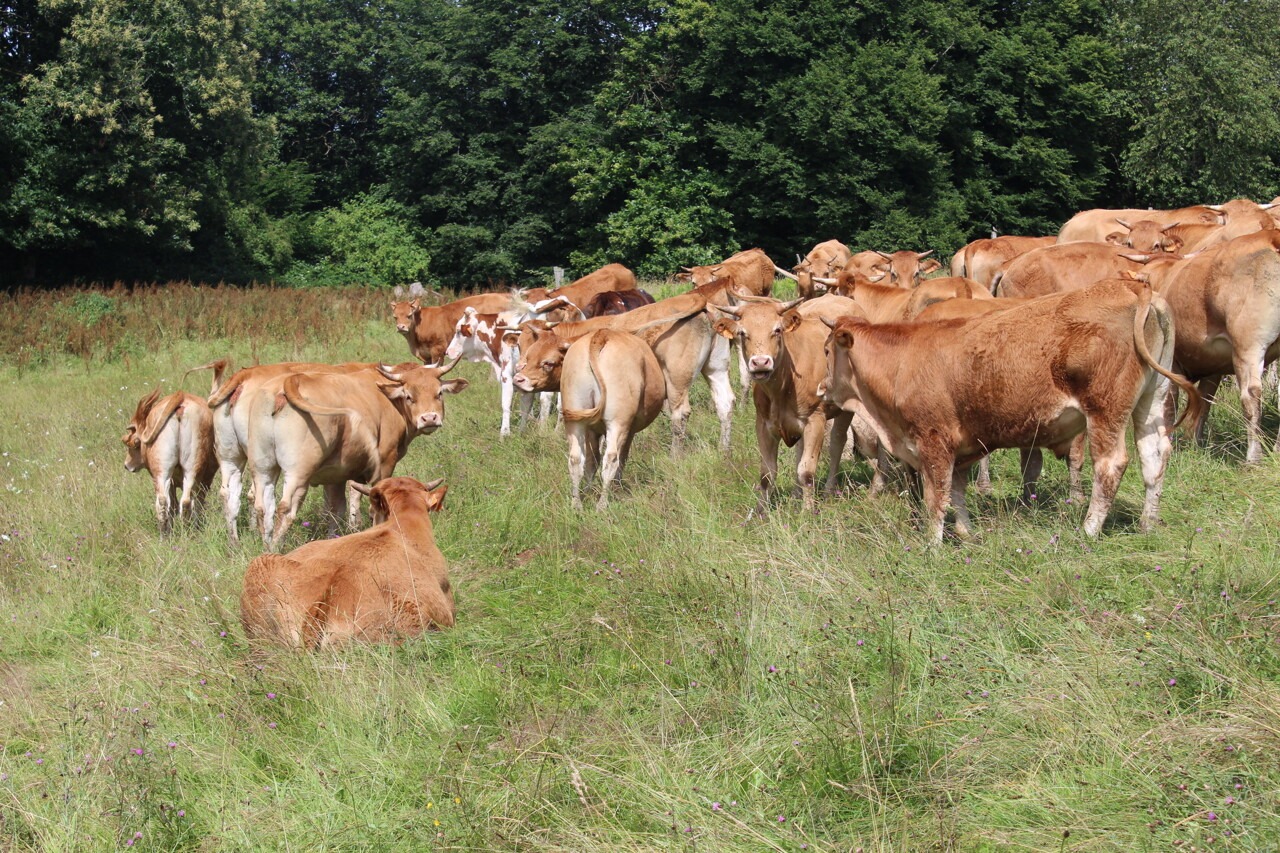 
Succeed in Périgord
See my news

As part of Organic Month, proposed by Agrobio Périgord and the Dordogne Chamber of Agriculture, a meeting was dedicated to on-farm slaughtering, on November 17, in Bergerac. After the implementation of the EGalim law, which allowed the experimentation of several projects ofslaughterhouse on the farm throughout the country, producers have asked Agrobio Périgord to work on a project in the Dordogne.

A first consultation, at the end of 2020, identified around twenty breeders interested in the approach, for a potential of some 3,100 animals, all species combined (cattle, sheep, goats and pigs). When the Ribérac slaughterhouse ran into difficulties at the start of 2021, the problem came back to the fore.

” For a better anchoring of food in the territories, we have developed short, local circuits, but these come up against the knot of slaughter, which escapes the peasants. “, notes Nicolas Decome, animator for the Confédération paysanne, who sees slaughter on the farm as a “ autonomy approach for breeders “.

And for producers who are committed to the well-being of their animals throughout their lives, it is also a question of being part of a slaughter process that respects the animal, making it possible to obtain better quality. of meat. The participants in the meeting insisted on the fact that it was not a question of replacing local slaughterhouses but rather of creating new tools which would meet unmet needs to date.

Today, we think that slaughtering on the farm is utopian, but 10 or 15 years ago, we didn’t think that there would one day be 100% organic collective catering. So why wouldn’t it happen? We have to work on that.

The problem of health approval

Different models exist: from the mobile box, which allows the animal to be killed before transporting it to the nearest slaughterhouse for carcassing, to the fully equipped truck in which all the operations are carried out. Initially, Agrobio Périgord considered the option of the mobile box for large cattle for an experiment. The investment for this type of equipment is between 10,000 and 30,000 euros, depending on the model. An economic simulation was carried out, considering that an employee of the slaughterhouse of Bergerac, partner of the project, could be made available.

This solution now comes up against the problem of the necessary health approval. The framework of the experiment planned by EGalim has expired. The Périgord project would therefore require that the municipal slaughterhouse of Bergerac share its approval to allow the mobile box to operate.

Laurent Lenoury, director of the structure, displayed his reluctance, faced with the drastic controls to which he is subjected daily. ” Five people watch us constantly, from the minute we open to the minute we close. Already with experienced employees, we manage to have lawsuits, formal notices… With the sharing of amenities, the slightest mistake on a farm could endanger the already precarious balance of the municipal slaughterhouse; the director refuses to take this risk.

” We were hoping to be able to do a separate approval for on-farm slaughter, but that’s not possible. “, specified Céline Lacoume, goat breeder in Ribagnac and member of the working group on the project. The other possible solution would then be that of the slaughterhouse truck, which would have its own approval. But this option changes the nature of the investment, which would then be within a range of 400,000 to 600,000 euros.

The track of the truck therefore remains to be dug, so as to be able to soon present to donors a quantified project, both in terms of investment and operating costs. All levels of local authorities will be solicited.

Was this article helpful to you? Know that you can follow Réussir Périgord in space My News . In one click, after registration, you will find all the news of your favorite cities and brands.

Dordogne. They want to slaughter on the farm