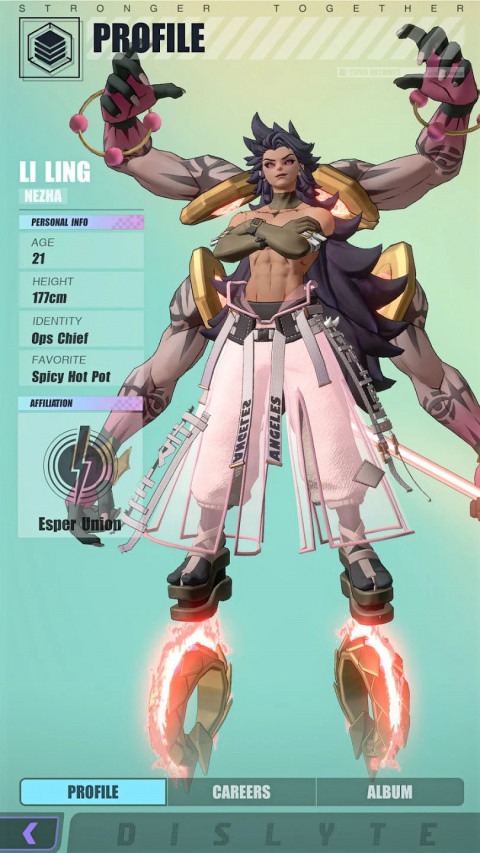 Game News Dislyte: Why is this mobile game successor to AFK Arena a hit?

Dislyte… Perhaps you have heard this name in recent days without understanding what it is. In these times of poor major releases, this mobile game is on everyone’s lips. After RAID: Shadow Legends or AFK Arena, Dislyte is about to become the new mobile phenomenon. How could this have happened?

Dislyte, what is it?

If there is an adequate adjective to qualify Dislyte, it’s a hybrid. Because if this mobile game has been able to seduce so many people, it is thanks to this mixture of genres that he offers us, both in terms of content and form. But let’s start with the basics. Dislyte is an RPG mixing, mobile game forces, gacha mechanics. The principle is quite basic in itself: recruit fighters (here Espers) and build the best team in order to win the turn-based fights and thus obtain new Espers, get stronger, face bigger enemies and so on. This formula, we know it, is the one that made the success of games such as Summoners War or AFK Arena. But then how does Dislyte stand out?

What is obvious is of course its artistic direction which totally denotes compared to other games of the genre. With its colors, its neon lights and its style which approaches that of games such as Hades mixed with the manga/webtoon universe, the game has its small effect at first glance. Looking at the trailers, we might even expect a completely different kind of games. Some even compare the title to Genshin Impact who had also known how to impose a particular graphic touch in a genre with very ingrained visual standards. No wonder many of them fell for Dislyte, which is also a free-to-play mobile game.

For others, it is the bottom that made them crack. Because these famous Espers are not unknown creatures created from scratch. Inspired by myths and legends from around the world, these heroes are sort of reinterpretations. Drew is Anubis, Hyde is Hades, Eira is Freya, Donar is Thor, Melanie is Medusa, Tang Xuan is Sun Wukong and the list goes on and on. Norse, Greek, Chinese, Egyptian mythology… There is plenty to do for fans or those curious about myths of all kinds. And given the resurgence of successful titles focused precisely on mythology (god of war, Assassin’s Creed Valhalla: Dawn of Ragnarok, Hades…), they are numerous. In the world of mobile games, Dislyte thus presents itself as the most attractive title for them.

Add to that a well-worked soundtrack and you understand why so many people jumped on the game when it was released on May 10. If the game had been available for a while in beta, that’s when the general public discovered it. Very quickly, word of mouth took effect and in just one week the title reached one million downloads on the Google Play Store (the App Store figures have not yet been revealed). This launch is impressive to say the least and even surprising given that many were unaware of the existence of the title a few weeks ago. Admittedly, Dislyte in itself has a lot to do with it, but other elements explain this sudden phenomenon.

Dislyte does not come out of nowhere. This is the new title from a well-known player in the mobile game market: Lilith Games. It was in 2016 that the studio established itself in the sector with Heroes Tactics, one of the first turn-based strategy games developed for mobile. On the strength of this first big success, the studio then went on to play games on the telephone. Abi, Warpath, Soul Hunters, Rise of Kingdoms… Lilith Games has come a long way and managed to build a good little nest egg and a solid reputation. But it was in April 2019 that the studio exploded thanks to one game in particular: AFK Arena.

Gacha with its particular artistic direction, it quickly becomes a success and the little goose that lays the golden eggs of Lilith Games. If we look at the figures, the results are impressive. We are talking about more than 25 million downloads, 706 million in revenue generated and nearly a million regular players. With AFK Arena, the company even manages to impose itself on the American market, which is rather rare for a Chinese studio. The game was even downloaded more in the United States than in China. Building on this success, Lilith Games becomes the third largest Chinese studio in terms of international revenue, just that.

Suffice to say that Lilith Games not only has expertise in mobile gaming (which it has been able to develop over the past few years) but also the means to achieve its ambitions. Because having the right idea is good, but if you can’t shape it properly, it loses its interest. Lilith Games can and knows how to make mobile games that work and proves it to us once again. His knowledge of the market has allowed him to opt for strategies that seem to be paying off. Indeed, Dislyte is a particularly generous game. It allows players to obtain many gifts or connection bonuses, whether through events or codes. Lilith Games therefore knows how to attract players and make them want to replay and recommend their game, but the studio also knows the workings of the communication that is so special in mobile games.

Do you remember RAID: Shadow Legends, this game that we saw absolutely everywhere? Whether it’s at the start of our favorite videos, between two tweets, or through advertisements, RAID: Shadow Legends has been buzzing the internet for months and months. Well, that’s absolutely what Dislyte is doing. Chances are you have already come across an ad for the game. Many of them are running all over the Internet and the various mobile applications. So much so that these pubs are already starting to hit some people’s systems, even though the title was released recently. But isn’t that proof of successful communication in the mobile gaming industry?

Communication around mobile games revolves a lot around omnipresence, even through totally misleading advertisements. Note that if the subject interests you, Tiraxa had delivered to us an interesting article on this phenomenon of false advertising last month. To return to our sheep, know that Lilith Games is no exception to this rule. AFK Arena also used this kind of advertising to attract players, and Dislyte does the same. And to inflate the communication a little more, the Chinese studio also offers us advertisements staged or in partnership with content creators.

And since we are talking about the latter, they are also an important point of the phenomenon. The fact that youtubers or streamers are interested in the game influences its success. This variable has become particularly important in the video game market and it is all the more true for mobile games. On Youtube, there are many content creators specializing in this or that mobile game. This is particularly the case for Summoners War, which is at the center of many videos intended to support and guide players. In just a few days, Dislyte has already found its creators with people like Loweak or Mr Wendy. The latter accumulate hundreds of thousands of views on their videos linked to Dislyte. We certainly do not calculate a game by the number of videos about it, but seeing a community created around Dyslite only bodes well for the future.

Dislyte has some big tricks up its sleeve. Its creator, the Lilith Games studio, knows the codes of mobile games and has skilfully reproduced them while offering a fairly original game. It is therefore not surprising to see him being talked about so much at the moment. But nothing is won yet. If the game is currently a phenomenon, it will have to maintain this enthusiasm to establish itself as the new nugget of Lilith Games, after AFK Arena. Indeed, it is on the length that the previous title of the Chinese studio had revealed its full potential in broad daylight.

Dislyte: Why is this mobile game successor to AFK Arena a hit?