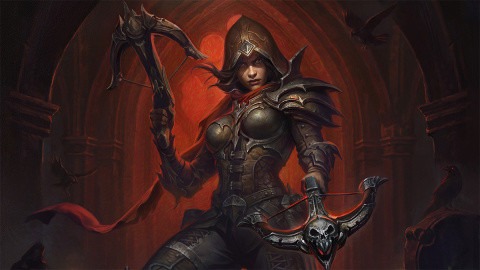 He was decried, insulted, despised. From its rowdy announcement at Blizzcon 2018 until its official release in June 2022, it has had a series of blunders in terms of communication, and more. When it was released, its monetization system was so controversial that players screamed their dissatisfaction with a review bombing at least as aggressive as the prices charged in the game store! What is Diablo Immortal really worth? Is it made for hardcore fans? Is it designed for neophytes? Can we have fun without spitting in the bassinet? We will try to answer all these questions in our test video.

The pages are burning in hell

Resurrected by Blizzard Entertainment and NetEase, Diablo lands for the first time in its reign on the mobile platforms of the market. In this episode designed for smartphones that takes place between the events of the second and third parts, the minions of absolute evil want to find the fragments of the corrupted World-Stone in order to bring back the Lord of Terror. The adventurers have the mission to prevent this terrible plan by traveling the world of Sanctuary, alone or accompanied. The scenario, which unfolds by going to talk to characters and completing quests, follows quite well, all things considered because we remind you that we are in a Hack’n slash.

Our reservations mainly lie in the objectives of the main quest which most of the time boil down to NPCs who ask to activate such a switch, to meet such a character, in short, to do thankless tasks that make us go through the different areas of the game. Nothing really repulsive, don’t worry, but with such writing, you will surely want to quickly skip the dialogues in order to focus on the quest marker. Which isn’t a problem for an action game where you just have to hit armies of monsters, although there are sometimes small puzzles that require you to exercise your gray matter.

Handsome as a demon

If you have a fairly new smartphone or a fairly capable tablet, Diablo Immortal will be pretty. The mobile version is indeed pleasing to the eye. We performed the test on a Samsung Galaxy S20, and the graphics are pretty, in addition to being fluid when the servers are not overloaded. Which is a bit of a feat, because usually games of this scale have a lot of slowdowns on mobile. Also, it displays detailed textures along with well-managed lighting effects. In its execution, Diablo Immortal ranks at the top of the basket of the best games available on mobile devices, we are not afraid to say.

However, if you have a PC and you plan to roam the lands of Sanctuary on your good old computer, know that the version of Diablo Immortal looks like an emulated version of what is on smartphone. On screen, it’s even less successful than Diablo III, which was released 10 years ago! This is largely due to a lack of graphics options, since it is for example not possible to choose the display resolution. This PC version being in beta, it may take a few updates before it’s worth it. For the moment, it mainly looks like a patch designed to allow historical fans of the license to play on PC. Fans who suddenly are not happy at all with the lack of finish of this version.

We’ll quickly go over the soundtrack, which is made up of music that suitably covers the action and sets the mood well. Some compositions are somewhat reminiscent of what can be heard in Witcher III, which is not a bad reference you will admit. As for the sounds used, they mostly come from Diablo III, like the graphic assets and the monsters encountered.

Diablo in the pocket, which responds to finger and eye

Diablo Immortal is neither more nor less than a Diablo 3 “lite” designed for mobile devices, although it’s also playable on PC as you know, taking place in a shared world with other players going about their business solo or with others. In the shoes of a barbarian, a crusader, a monk, a demon hunter, a wizard or a necromancer, you must use the available skills – linked to your class – to kill enemies. armies of adversaries and thus progress in the story, gain experience and access better equipment. With well-thought-out touch controls, the Blizzard Entertainment app accepts Bluetooth devices. In this configuration, the player benefits from real joysticks and “hard” buttons on which to press to strike and swing spells. The fact that the skills are activated with “cooldowns”, namely actions that recharge after a certain period of time, rather than with magic energy, mana, brings a good dynamism to the clashes while offering a hint of strategy.

All of this lends an action-MMORPG aspect to Blizzard’s title and although it remains a Hack’n slash, Diablo Immortal does not offer a talent tree on which to distribute characteristic points, nor runes to modify skills. Yes, the app aims for simplicity at the risk of offending historical fans of the genre. Totally designed for casual players playing games from time to time on smartphones, this Diablo offers relatively short quests to complete, 15 minutes on average, numerous saves, automatic walking to objectives, and frequent teleport points .

A business that is not a model

If the progression to level 31 is easily done by following the scenario, things get complicated later. From level 30, the player must reach specific levels, first, 35, 40, then 43, 46, 51 etc., to unlock the rest of the story. A mechanism often used in free-to-play to force users to explore the corners of the universe, to connect daily to collect bonuses and possibly to spend some money in the Battle Pass. It is therefore necessary to make ancestral faults, find bonuses, redo dungeons and tirelessly complete Battle Pass objectives to hope to progress. Maybe that’s when some casual gamers will slip away. Diablo Immortal’s monetization is so invasive and designed to waste money that it alone explains the bad feedback the game has suffered.

First and foremost, Diablo Immortal’s monetization system is complex. There are many currencies and there are many ways to spend your money. The loot boxes are present and prove to be the fastest way to access legendary content. The very complicated Legendary Gems to get without spending money and the Rifts to level up for real Euros are all evidence that Blizzard and NetEase have pumped a lot of monetization into Diablo’s many veins. To the point where all the mechanics put in place to slow down the progression are irritating. Yes, a player who pays will advance drastically faster in optimizing his equipment than a warrior without money, which is a problem in PvP. When the “real” game begins, namely when you have to find legendaries in order to constitute the ultimate build, spending euros is so encouraged that it becomes difficult not to do otherwise. And that is ugly. Nevertheless, Diablo Immortal still offers a good experience for players willing to refuse to buy anything. Yes, the many activities offered by the app can be done without spending a penny.

Despite the fact that it is classic in what it offers and that it is inspired by many other productions, the famous Hack’n slash in its pocket MMORPG version has an effective gameplay and a successful technique on mobile devices. It is especially the excessive monetization, both ubiquitous and obscure, which greatly moderates our enthusiasm, although usual for a NetEase game. Passed a course, the attractive adventure sinks into the exhausting routines of the hardcore free-to-play MMO.

If you’re new to Diablo, love Immortal, and get to the end of the main quest, go for Diablo 3, or wait for Diablo 4, rather than risk losing big with that version’s metagame. mobile. If you don’t really care about having legendary and just want to play an accessible action-RPG in the Diablo universe, alone or with other players, Diablo Immortal will give you what you came for, and this, for free.

Diablo Immortal: What is Blizzard’s mobile action game worth? Our verdict in video