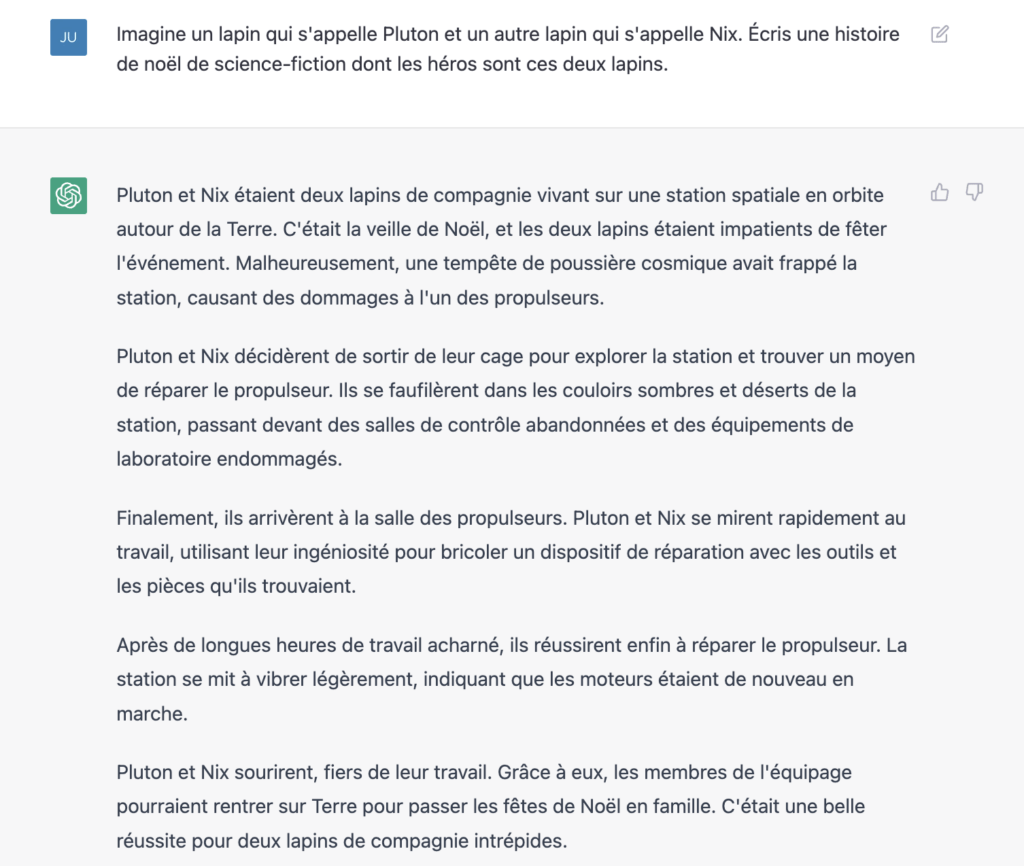 Available to the public since the very end of November, ChatGPT rightly intrigues Internet users. The tool is capable of producing varied and compelling texts on command. In less than a week, more than a million Internet users have taken the plunge.

It is certainly one of the most fascinating discoveries of this end of the year 2022. And perhaps even of the whole year, or even more. The public launch of ChatGPT », November 30, 2022, highlighted the dazzling progress of artificial intelligence to generate text from an instruction, but also to discuss by mobilizing a natural language.

The tool is stunning. We managed to get him to write an article in which he introduces himself as ChatGPT and the result is convincing. Without mention on our part to indicate that it is indeed ChatGPT which is at the origin, one could have believed in the prose of a journalist. And since November 30, Internet users have had a lot of fun making him write anything and everything.

One million Internet users registered on ChatGPT in a few days

Success is there: piqued by the curiosity to see a bit of the capabilities of ChatGPT, there are now more than a million Internet users now registered and registered on the platform. A high level, reached in a very short time, less than a week. That’s whatannounced Sam Altmanthe director of OpenAI, the company behind this conversational tool, on December 5.

We have also witnessed the sharing, especially on Twitter, of many screenshots showing the inventiveness and quality of texts produced to order, and on extremely varied subjects. If you would like to try this tool yourself, know that it is possible to register for free on the platform for a certain number of trials.

To give you an idea of ​​the adaptability of ChatGPT, here are some examples of texts he was asked to write:

Whether you are imaginative in your request or ask for a very pragmatic answer, ChatGPT does not disappoint very much, even if we have been able to catch him a few times at fault on very specialized questions or of which he does not know the ins and outs .

There are nevertheless usage limitations, to avoid drifts. You cannot ask for personal information about a person, or write questions containing sensitive keywords, such as sexual, violent or shocking. In sum, ChatGPT will not be able to write hostile text.


You can view our social media profiles here , as well as other pages related to them here.https://yaroos.com/related-pages/