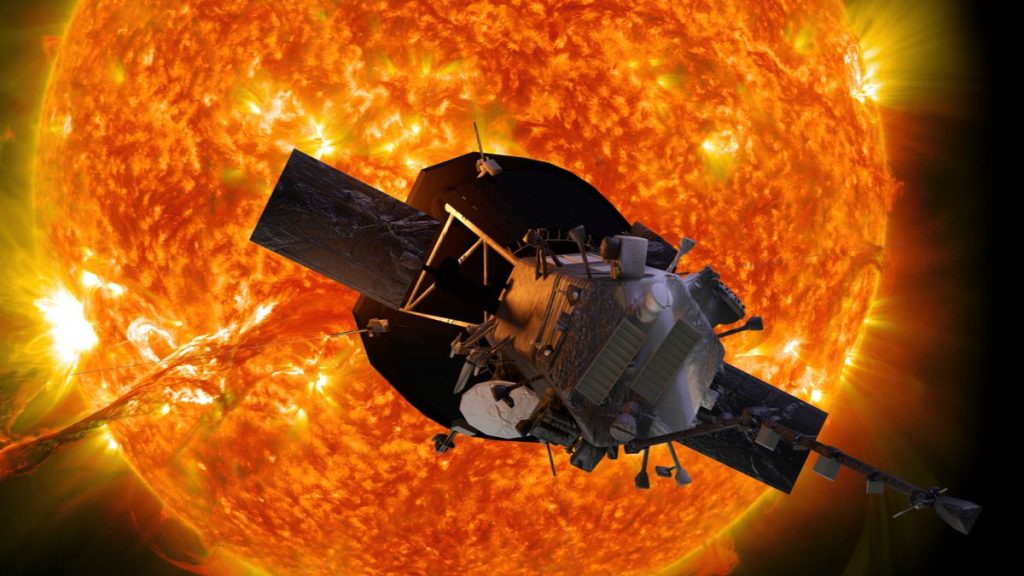 High-speed solar winds can propagate activity from the Sun’s surface to Earth. They have the ability to cause light to moderate geomagnetic storms as well as visible auroras in the polar regions of the planet. But could a solar storm cut off internet access for people on Earth, and if so, how likely is that?

What is a solar storm?

The solar storms are “geomagnetic”, which means that they emit a lot of energy. This is a brief disturbance of the Earth’s magnetosphere induced by solar activity. During the storm, our star, the Sun, emits extraordinarily intense emissions from its corona, the outermost layer of the solar atmosphere.

This activity in turn generates a strong solar wind, the particles of which can impact and damage the Earth’s atmosphere for a period of 24 to 36 hours.

These solar storms are now known as the “Carrington Event”, named after the astronomer who first recorded them in history. The solar flare reached Earth in 17.6 hours at the time, and events lasted uninterrupted for about three days.

They can cause power outages and disrupt the operation of satellites

According to Mathew Owens, a physicist from the University of Reading (UK), Quoted by LiveScience October 9, 2022that “could happen, but it would take a massive solar storm”. However, he said that such a scenario “is not realistic”adding that “power grids are more likely to be taken out of service”as geomagnetic radiation can interfere with the electrical conductors of transmission lines that carry electricity from power plants to residences.

Read also Margaret Hamilton, the woman without whom Man would never have gone to the Moon

The destruction of certain satellite devices does not jeopardize the future of the Internet. It could, however, fail if a geomagnetic storm destroys fiber optic connections under the oceans.

The cables are fitted with repeaters spaced 50 to 145 kilometers apart to boost signal strength. Although the cables are no longer vulnerable to solar storms, their repeaters are, and if one fails many lines will be disconnected. This would mean an “Internet apocalypse”. This hypothetical event would affect various services connected to the network, ranging from supply chains to the stock market.

Some cases of solar storms observed

The scientific community received a major shock on July 23, 2012. A solar storm like Carrington’s would have missed Earth by a week. The projectile from the Sun returned to the place in its orbit where it had been seven days earlier. According to the National Academy of Sciences of the United States, if it reached our planet, the expenses of reconstruction would amount to more than two trillion dollars, and it would take years to repair the damage.

Read also QUIZ: Do you know anything about stars and constellations?

The Sun also threw up a massive filament on July 19, 2022, which this time reached Earth. However, since the speed was slow, the repercussions were less severe. Once again, we have narrowly avoided an incident which, sooner or later, will lead to a scenario with disastrous implications.

On October 3, 2022, NASA said its Solar Dynamics Observatory captured the moment the Sun emitted a massive burst of electromagnetic radiation into space, peaking at 8:25 GMT. It was also reported that this explosion, which originated on the surface of the Sun, was classified in category X1which can drastically disrupt radio messages and electrical systems, as well as endanger spacecraft.

Strengthening power grids, satellites and undersea cables to prevent them from being overloaded by the massive amount of power would be one strategy to protect global internet access in the event of a catastrophic solar storm. Another option would be to explore better ways to prevent long-term geomagnetic storms, even if they are difficult to predict.

Solar storms can currently be predicted up to two days in advance based on sunspot activity on the Sun’s surface. However, the technology to allow scientists to track these disasters in the same way as hurricanes does not yet exist, although it is hoped that strategies to avoid or lessen the approach of an event will be developed.

Can a solar storm wipe out the internet?