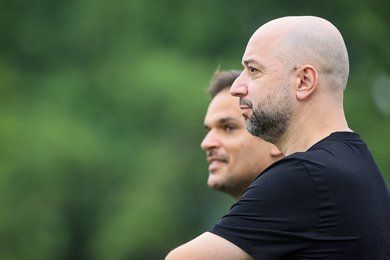 After the draw against Lorient (0-0) on Saturday in Ligue 1, Bordeaux is almost condemned to relegation to Ligue 2. At the end of a catastrophic season for the Girondins, the owner Grard Lopez crystallizes the criticism.

Grard Lopez is the subject of many criticisms.

Without being mathematically relegated to Ligue 2, Bordeaux has almost no chance of remaining. Currently 20th in the Ligue 1 standings, the Girondins are 3 points behind FC Metz, 18th and play-off, with a goal difference that is too unfavorable (-41 against -29).

It would therefore take a real miracle on the last day: a big victory for Brest, a big defeat for Metz on the lawn of Paris Saint-Germain, but also a setback for AS Saint-Etienne (3 points difference, -35 in goal difference) Nantes. Suffice to say that the Aquitaine club is normally heading for relegation.

Aware of this sad reality, the Bordeaux Ultras also wanted to mark the occasion before the reception of Lorient (0-0) on Saturday and had planned to stop the players’ bus. But the Bordeaux leaders saw the fans passing from behind and the police then dispersed a nervous crowd. In a tense context during the match, the supporters still managed to display their anger.

You are the shame of our 140 years of history; 89 goals conceded, you suck, could be read on banners, accompanied by throws of toilet paper on the lawn to interrupt the game for a few minutes. An annoyance that goes mainly to the owner Grard Lopez. Very ambitious at the time of his takeover of Bordeaux, the businessman had a lot to do. Grard Lopez: from the promise of the Top 10 hell, launched the Ultras. And the partners of the Girondins share this opinion!

We observe that, since the day of your arrival, you have wanted to hold the role of Chairman and Chief Executive Officer. Unfortunately, this essential function of a team’s success has been neglected, neglected and ultimately never taken on. You have, we think, greatly participated in this collective shipwreck of the Girondins. This ship has slowly sunk before your averted eyes and our bewildered ones. Your absence at all levels, on the media scene, in the stands, in the center of Haillan, but especially with the players in difficult or decisive moments is inexcusable.can we read in a letter distributed by the daily L’Equipe.

A logical descent for Lizarazu

In a press release, Lopez briefly reacted after this new disaster evening. I’m going to take the night to digest everything. We are probably going to Ligue 2. I measure and understand the anger of the supporters. We will have a great responsibility to respond to them, take stock and find solutions to recover as quickly as possible. I will express myself cold after the season. I will continue to put, as I have always done, all my energy to save the clubhe assured.

Despite this involvement displayed, the former Lille no longer manages to convince. Whether it’s the fans, the partners, but also the elders of the house, the image of the words of Bixente Lizarazu. To see them go down like that is horrible. But at the same time, compared to the past season, it makes sense. When you do poorly in school, you repeat. They have worked very badly since the start of the season. Recruitment was unsuccessful, the choice of coach was unsuccessful, the management of the workforce was not good, the atmosphere around the team was not conducive to high performance. And when it happens, you pay for it. I believe that the construction site is colossal, judged the ex-Bordeaux for Tlfoot. At the end of a terrible season, Lopez will have managed to achieve unanimity…against him!

What do you think of the management of Grard Lopez Bordeaux? From the descent of the Girondins? Do not hesitate to react and discuss in the area add a comment …

Bordeaux: the Girondins almost in L2, Lopez gets turned on!