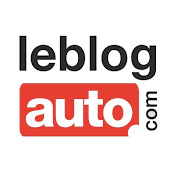 Zapping The Blogauto Test of the Cupra Born in Lapland

German automaker BMW plans to offer satellite internet access to its sedans and crossovers, said Stephan Durach, senior vice president of the BMW Group’s connected business development unit. Objective: to meet the expectations of customers who expect to have a stable Internet connection at all times, according to the manager.

The so-called non-terrestrial network technology offers the potential for seamless connectivity, he said. Based on this observation, BMW is evaluating future applications and partnership possibilities.

“We are looking at satellite communication, especially in an environment where cell phone reception is not good,” Durach said. Recalling that many places in Europe and the United States did not offer sufficient coverage.”

However, the game must be worth the candle. While consumers want reliable in-vehicle internet connectivity, at the same time automakers rely on over-the-air software updates to unlock features and offer digital services such as video streaming. But for now, the high cost and limited data transmission capacity make satellite Internet service the connection of last resort, say some specialists.

However, at the present time car manufacturers do not feel the need to rely on satellite connectivity for the transmission of vehicle data.

According to specialists, most of the data that a car manufacturer would like to transmit is not time-sensitive. The information may be cached until the car comes back into wireless service range.

This satellite internet connection project was born when last October, AirConsole and the BMW group announced an agreement to integrate casual game type games in new vehicles, from 2023. AirConsole is a gaming platform with a large and diverse catalog of games that run directly inside the vehicle’s entertainment system. The technology makes it possible to stream games live and control them using smartphones. Objective: to make “every waiting situation inside the vehicle, such as recharging, a pleasant moment”.

German automaker BMW plans to offer satellite Internet access to its sedans and crossovers. Objective: to meet the expectations of customers who expect to have a stable Internet connection at all times, according to the manager.

Netflix Geeked Week: Resident Evil, Cyberpunk, One Piece, Sandman, games... geek culture in force
Vin d'Oc, the first website of a wine merchant from Narbonne and Gruissan which allows you to taste ...
Electricity consumption of Internet boxes: the truth thanks to Arcep
Tweet
Share
Share
Pin