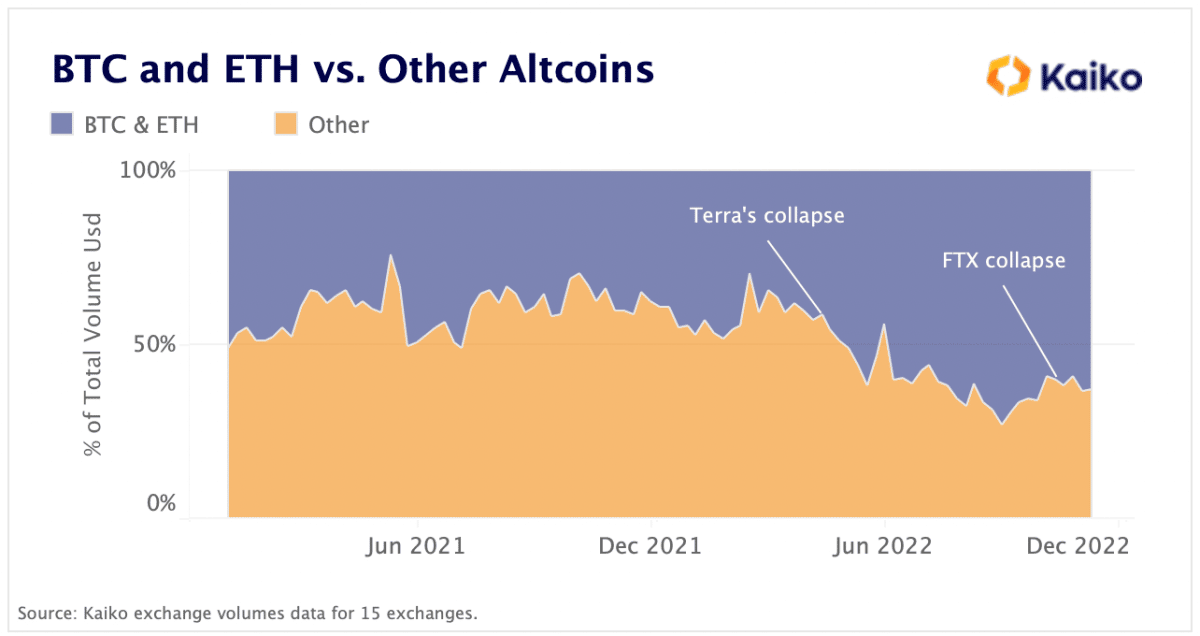 Since the launch of Bitcoin in 2008, Crypto has presented an endless amount of white space with imaginable and unimaginable market opportunities, often with mobile at the center of Art in Gaming. S5022

Reports suggest the UK is laying the groundwork for an expansive regulatory regime for crypto that could put it on par with proposals in Europe. According to the Financial Times, HM Treasury is preparing a consultation on proposed crypto rules which would address a range of issues, including provisions around restricting foreign crypto companies from entering the UK, consumer protections consumers and ensuring the orderly liquidation of collapsing crypto businesses.

The timing of the news is no coincidence, as the recent collapse of the FTX exchange has prompted regulators around the world to step up their efforts to tighten oversight of crypto markets. While MiCA will increase compliance costs for EU crypto businesses, the crypto industry’s response to Mica has been largely positive and the clarity it brings has been welcomed. Conversely, some industry players have suggested that the relatively piecemeal approach to regulation to date in the UK could lead it to cede its position as a crypto innovation hub to France and other countries. of the EU.

The UK’s plan to move forward with its consultation on new crypto provisions seems designed to signal to crypto markets that it is ready to create a robust regulatory framework.

EU members have announced they will limit cash purchases to 10,000 euros ($10,500) and require crypto-asset service providers (CASPs) to perform due diligence on customers making transactions over 1,000 euros ($1,050). Czech Finance Minister Zbyněk Stanjura said their “the intention is to further close these loopholes and apply even stricter rules in all EU member states. Large cash payments over 10,000 euros will become impossible.” Trying to remain anonymous when buying or selling crypto-assets will become much more difficult.

Binance in the sights of the US Department of Justice

At issue is whether to sue the exchange for possible money laundering violations and criminal penalties. The DOJ is also investigating top executives of the exchange, including CEO Changpeng Zhao (CZ), according to the report. Disagreements between prosecutors are delaying any potential conclusion of the investigation, which has been going on since 2018. Some of those working the case believe the evidence warrants “aggressive” action, while others want to take more time to examine the evidence.

The impact of FTX’s collapse for the crypto industry

Crypto markets are flat as the industry prepares for two congressional hearings into the FTX implosion, at which SBF is expected to testify. In another twist of FTX contagion, the crypto media world was rocked after Axios reported that The Block had been secretly funded by Alameda Research, raising questions about their editorial independence. Meanwhile, Do Kwon, the internationally sought-after co-founder of the Terra Network, is said to have moved to Serbia.

According to Kaiko, the share of altcoin trading volumes on major centralized exchanges has remained relatively resilient, hovering around 37% after the collapse of FTX. Typically, during times of market uncertainty, traders turn to the more liquid crypto assets, BTC and ETH, leading to a decline in altcoins’ market share.

Bitcoin has a long track record of rebounding

The crypto bear market may be in full swing, but that doesn’t mean it’s time to ditch the bull’s eye. blockchain and the cryptocurrency.

Bitcoin has a long track record of rebounding from previous market crashes. Since its inception in 2009, Bitcoin has gone through at least five different bear market cycles, all as twisted and dizzying as the current market cycle. The bear market crash of 2011 was particularly devastating: Within days, Bitcoin fell from $32 to $0.01, and many investors thought Bitcoin would never recover. Other newer cryptos do not have this long-term track record. Although past performance is not a guarantee of future performance, chances are that if the crypto market rebounds, Bitcoin will be there to lead the way.

Bitcoin truly captures the best of both worlds when it comes to the risk-reward relationship. It has arguably the lowest risk profile of the major cryptocurrencies, and it also has incredibly high upside potential. Additionally, Bitcoin has a clear catalyst in place, as well as a strong track record of recovering from previous market crashes.

This event organized by DeFi France is for everyone, but really everyone! We wanted this format to be accessible to beginners. If you have an idea of ​​what blockchain is, that’s great, but it’s not a prerequisite.

Blockchain is the future of stock market analysis

Tactiics Innovations is an Indian startup, its founder and CEO, Omkar Khalipe, is a strong proponent of distributed computing wants to shape the future of stock markets with blockchain-powered analytics. There are lots of apps in this market that promise to give better returns. Market brokers promise the same but only care about their brokerage! They would induce investors to make additional trades with tiny profits to generate brokerage, restricting the investor to do strategies to get more profits.

The startup wants to disrupt AI-powered stock analysis and shift the trend towards blockchain-powered analysis. Its founder is firmly convinced that each individual deserves effective advice to invest and achieve the desired profits. It is nearly impossible for a single strategy to consistently succeed in any type of trading. You always have to use a set of strategies to be successful in trading or in real life.

The most significant challenge for the widespread use of cryptocurrencies is the transfer of value between fiat money and digital assets. The Off Ramp service allows clients to convert their holdings into 34 digital assets operating on 17 blockchains. It does this instantly, allowing real-time payments. Ramp, which develops payment solutions that integrate cryptocurrencies into the traditional financial system. Businesses that want to give their customers an easy way to convert their cryptocurrency holdings into US dollars without leaving their product can now do so with this ready-to-integrate solution. The Off Ramp product also has very low transaction fees, reaching only 0.99%.

The solution is currently accessible in 44 of the 50 states in the United States. The startup says it will strive to bring its product to the UK and Europe by 2023.

Fight against bank fraud with the blockchain

When blockchain technology is mentioned, most people tend to associate it with cryptocurrencies such as Bitcoin and Ethereum. However, we increasingly see Blockchain technology rapidly disrupting other sectors, including cybersecurity, politics, and data analytics. One of the potential applications, for which blockchain or Distributed Ledger Technology (DLT) is practically intended to secure electronic signatures and contract management. To understand how DLT can be implemented to make the signing process more secure and mitigate the risk of fraud, one must first understand the fundamentals of blockchain technology.

In the context of electronic signatures, DLT is an ideal approach to protect the integrity of documents after the signing process. Unlike other approaches such as certificates, which can expire, or keys, which can be decrypted with enough time or computing power, DLT is both time and hack resistant. DLT software and e-signature work in unison to ensure the integrity of your document by sealing it with a digital signature. Blockchain technology provides a method to secure the digital signature by capturing it in a permanent and verifiable public record. This means that in the event of a dispute, you can prove whether or not your document has been tampered with.

With so many similarities between tulips, known for the world’s first financial bubble in 1637, and Bitcoin, with their economic bubble in 2017, the Dutch have created a win-win situation. They are trying to combine the two economic bubbles in hopes of running the greenhouse and earning bitcoin. Bert de Groot, a Dutch engineer, inspected bitcoin miners as they solved complex calculations to earn cryptocurrencies. These machines, as they swirled and heated, also had an unexpected result: they lowered energy costs for tulip growers in Brabant! By taking advantage of the excess heat generated by machinery, farmers can significantly reduce their heating costs while generating additional income. And harnessing solar energy from the roof of the greenhouse Bitcoin Brabantthe company was able to reduce electricity consumption for crypto mining and thereby help local green inspiration succeed amid the Russian invasion of Ukraine, which was driving gas prices sky high.

China is developing the digital yuan that matches its authoritarian goals

Many Western lawmakers have argued that cryptocurrencies can enable transactions without the need for intermediaries or SWIFT support. Indeed, exchanges between the Russian ruble and bitcoin have skyrocketed since the disconnection of Russia from the system of messaging payments has been applied. The idea is not new, as Iran and North Korea have also responded by using cryptocurrency.

But China has banned cryptos and decentralized blockchain, deciding instead to develop the digital yuan, which is backed by its central bank. Stored in a digital wallet instead of a bank account, it aims to replace cash in circulation, but also provides the government with unprecedented levels of personal information. The move made it clear that China’s rulers want to exploit technology on its terms to match its authoritarian goals. Today, they are actively promoting technology to their citizens that ultimately has little to do with privacy and decentralization. Nevertheless, the digital yuan will have a significant global impact, as it will create the most comprehensive database of centrally regulated financial transactions.

#JPMorgan. Year #analysis of #checking account transfers from a sample of more than 5 million #customers. It found that 600,000 customers in this sample group transferred #cash to #crypto accounts at some point during the 2020-2022 time period.#BTC #Cryptocurrency #Bitcoin #Crypto

Blockchain is the future of stock market analysis Crypto Watch