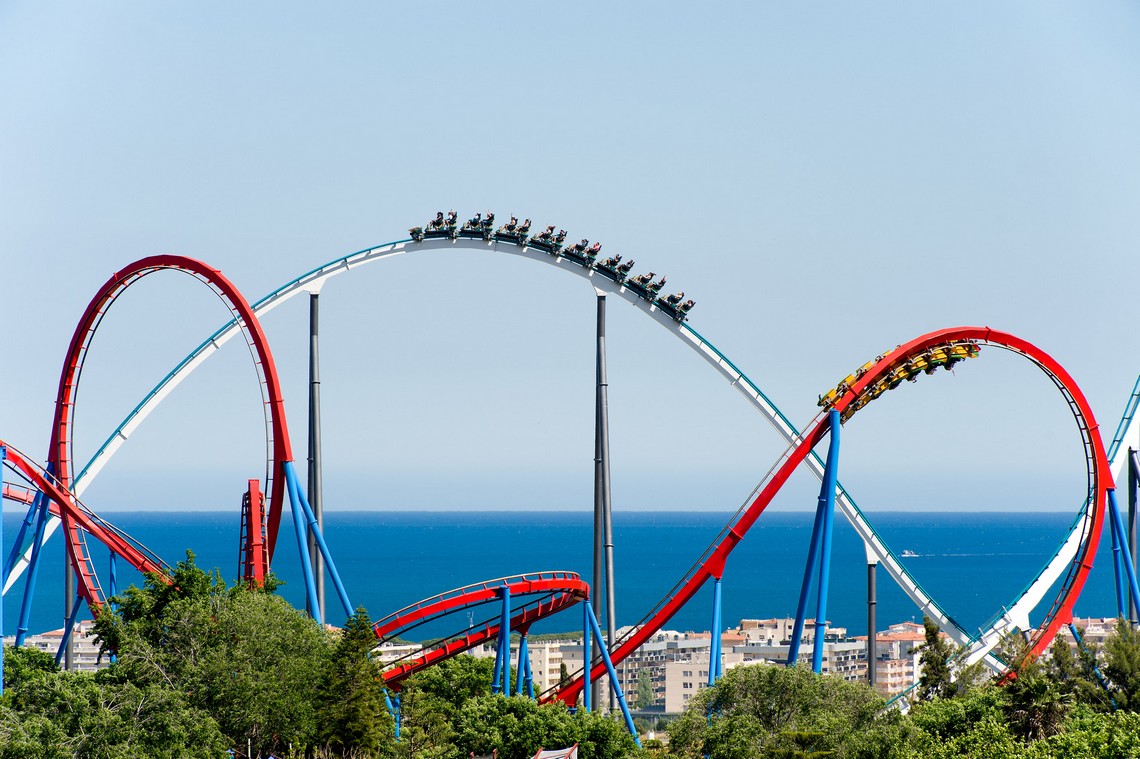 Since the arrival of its new General Manager, David Garcia, PortAventura World has decided to review its digital strategy. Payment in bitcoins, augmented reality, metaverse, esport, new mobile application, the park is increasing its experiments in order to attract new customers.

Arrived two and a half years ago at the head of PortAventura World, David Garcia is in the process of creating a new wave of digital within the leisure park located 1 hour from Barcelona in Spain. Coming from the world of aviation, he worked for Air France and Vueling in particular, the new Managing Director is betting on experimentation, even if it means making mistakes.

Payment in bitcoins in hotels

One of the novelties of the park is the payment in bitcoins in its hotels. At the time of check-out, the customer can, thanks to his cryptocurrency wallet, pay for his room. “It works like a bank transfer, he must enter a code and the transaction is carried out”, says David Garcia, General Manager of PortAventura World. He is aware that cryptocurrencies still have an image associated with the dark web and that holders are still few in number. “But we seek to offer all possible means of payment”he continues.

PortAventura World has created a joint venture with LaLiga, the Spanish football league, and Kosmos, which specializes in entertainment, in order to create several experiences around the round ball. The first part of the project consisted in the creation of a thematic restaurant accompanied by an augmented reality mobile application called The Beat Challenge. The customer can play the game from home, but must go to the restaurant if they want to finish it to the end. In the restaurant, the players appear in front of the user thanks to augmented reality. Since its launch in 2021, the app has been downloaded 50,000 times.

“With this partnership with LaLiga, we potentially reach 20 million football fans,” says David Garcia. 10 million euros were invested to open the restaurant and create the mobile application. 40 million euros will then be spent to create a new attraction around football and 100 million euros for the creation of a theme park.

PortAventura World is also interested in other sports and hosted the Balloon World Cup in October 2021 in partnership with the video games league. An event broadcast live on Twitch which attracted 8 million viewers in 24 hours. The amusement park is keen to host the League of Legends Gaming World Cup Finals and other esports events in the future. Its convention center can accommodate up to 9,000 people. “We can imagine that visitors enjoy our parks during the day and attend the esports event in the evening”, says the Managing Director. The old arcade room should also be transformed into a more modern video game room.

A new experience in the Metaverse

PortAventura World has invested in the Roblox metaverse, in which some attractions and the digital copy of its restaurant with LaLiga have been recreated. But eventually, the leisure park wants to create its own metaverse accessible from a web browser and virtual reality stores. “The idea is to open a first room this year. We do not want to create a digital twin, but to create a unique experience around the theme of Halloween in particular”, announces David Garcia. The DG does not believe in using the metaverse to book tickets. On the other hand, he welcomes the initiative of Vodafone which offers concerts in the metaverse to its customers.

A CRM enriched with new data

The Spanish theme park has invested one million euros in a new CRM (customer relationship management software). The idea is to create a club in which would be integrated the holders of an annual pass as well as new visitors. “50% of our customers buy directly, so we benefit from a large pool of data. But we’re looking to capture more, and the new touchpoints we’re creating are helping with that.” explains David Garcia.

A new application from 2023

This data will in particular make it possible to personalize the customer experience on a new mobile application from 2023. The idea is to offer a visit route based on the visitor’s profile. If he likes thrills, a course only made up of roller coasters could, for example, be offered to him at specific times to avoid the crowds. “The penetration rate is 5% on our application today. We seek to make it even more useful,” concludes the Managing Director.