In New York, London or Paris, his exhibition would have attracted a swarm of visitors, art critics and collectors. But, Patrick Laumond chose to exhibit his work “The Opening Mobile of Parallel Universes,” for free, in the countryside, in his Corrèze commune of two thousand souls, Saint-Viance.

“Today, more than ever, we have to share,” he insists. The opening, organized on November 24, attracted two hundred people.
We owe this exhibition to him. Huguette Wozny is the first deputy mayor of Saint-Viance and a great art lover. “We set up this project in five months, with a lot of difficulties. It was a challenge for me, to expose a child of the country. Especially since he is a recognized artist today. »Patrick Laumond with Huguette Wozny

The elected thus evokes the fact that Patrick Laumond is the first artist from Corrèze to have participated, this year, in the largest event of contemporary art in the world, the Venice Biennale. This man who is back in his family home in Saint-Viance, after having lived for 30 years in the capital, where he left, in 1996, top of his promotion (with the congratulations of the jury) of the National School superior of applied arts. It was also in Paris that he invented a new artistic current, MétaHisme, to try to synthesize, through his art, universal thought, the absolute, the universe, the meta…

In Venice, he exhibited at the European Cultural Center in Palazzo Bembo, a short walk from Piazza San Marco. In Saint-Viance, the artist is showing another of his creations in an old barn that served as a shed for the equipment of the town’s festival committee! After being emptied, the vast building, whose frame resembles an inverted boat hull, was renovated for the occasion by the municipality, in order to be able to accommodate the public.

In a cube, parallel worlds

In this space, on the recommendations of Patrick Laumond, a wooden cube, which houses his installation, was built free of charge by the Lenhart carpentry company, based in Saint-Viance. The Unikalo company donated 110 liters of top-of-the-range white paint to achieve the six necessary coats. Other participations followed… “Once the cube was made, the interior was not level. I have colleagues, elected officials, who have come to help us. Like Cédric, who we saw arriving one evening at 9 p.m. to seal the separation between the ground and the cladding,” says Huguette Wozny. 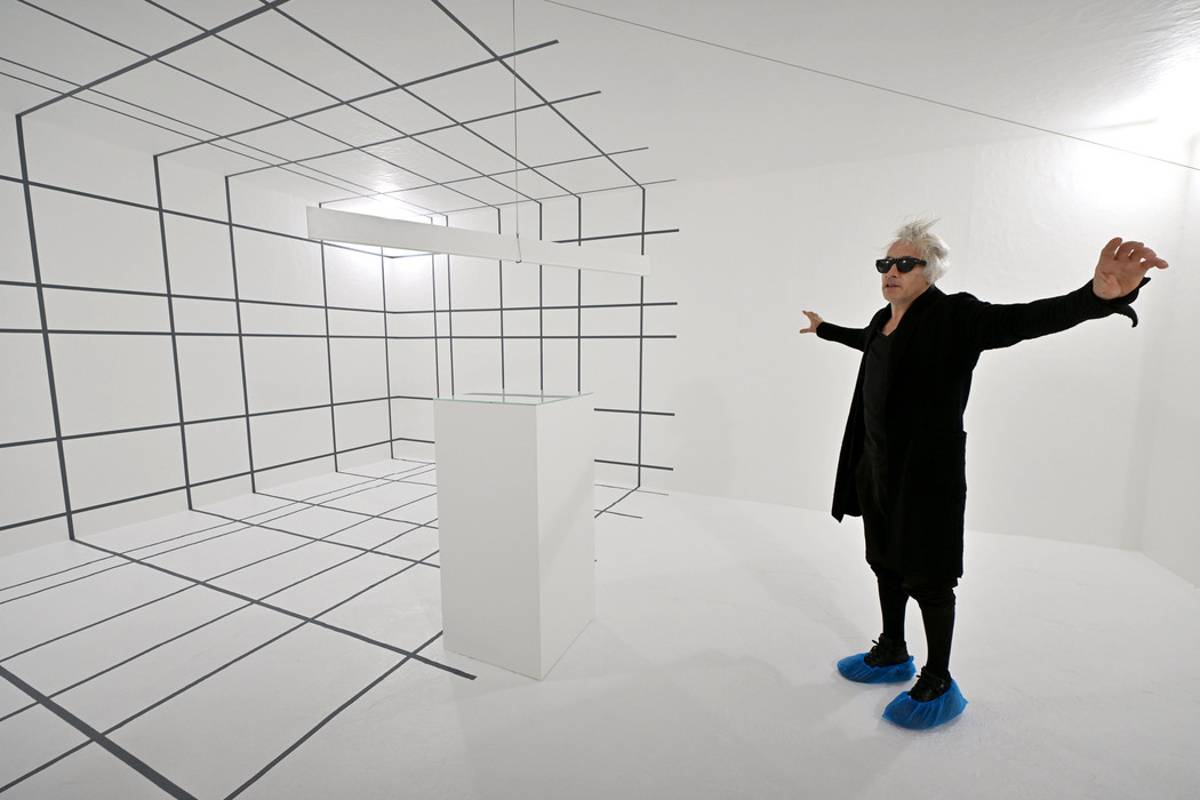 Patrick Laumond’s work is marked by great rigor and obsessive attention to detail.

Receive our leisure newsletter by email and find ideas for outings and activities in your region.

It took fifteen years to perfect “his signature”

All his collective efforts have resulted in an exceptional artistic installation. Once through a small door to access it, the light comes on and the surprise is total. The visitor is immersed in the work, in a white space, which fits into a black squared space, like a world in another, with, in the middle, a base for the point of balance and at the bottom, two paintings stained with an intense monochrome red.

The artist took fifteen years to achieve the perfect realization of these splashes of color, which have become his signature. Because his work is marked by meticulousness and precision of gesture, rigor and obsessive attention to detail. To those who tell him that perfection is not of this world, Patrick Laumond answers, “Yes, because the word “perfection” exists. »

Five months of collective effort have resulted in an exceptional artistic installation.

Beautiful story – After a palace at the Venice Biennale, Patrick Laumond exhibits in an old barn in Corrèze