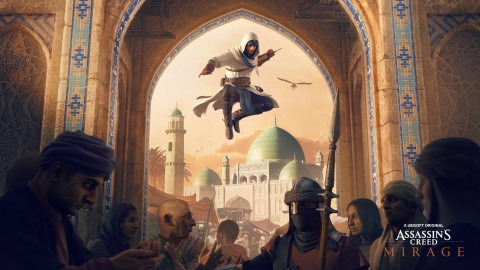 Assassin’s Creed Mirage will take place in Badgad in the 9th century, and we will find there Basim Ibn Ishaq, introduced in Assassin’s Creed Valhalla. We are promised a return to basics, with a big city rather than an open world, and a focus on infiltration and the assassinations themselves. But Ubisoft has big ambitions, which will be grouped under the umbrella of the Assassin’s Creed Infinity “platform”. In these ambitions, we find several games, which were mentioned last September. We first think of Assassin’s Creed Redwhich will finally answer an old fan request: follow an Assassin in Japan.

At his side, we will find Assassin’s Creed Codename Hexewho seems to be eyeing the side of voodoo, Assassin’s Creed Invictuswhich will bring multiplayer back to the heart of the saga, but also an open world game on mobile:Assassin’s Creed Jade. This episode will take place in China, had so far only been entitled to a trailer and some information. So we know that Assassin’s Creed Jade will allow players to explore China in 215 BCEand that we should find there the formula of recent games of the license. the whole on mobilewhich testifies to a nice ambition, even if some players regret that this experience does not land on more traditional supports.

For now, Assassin’s Creed Jade has no release date, but the development seems quite advanced! Why ? Well because this weekend, a video of the beta of the title of Ubisoft found itself online, first on Facebook, then on Reddit, YouTube and Twitter. The quality of the video is mediocre, but it still makes it possible to have an overview, which was obviously not intended to be broadcast like this, or even to be broadcast at all. We find the main character, Deng Ling Baidoing parkour and fighting on the Great Wall from China. We also see him using a zip line, and carrying out assassinations in a burning village.

The opportunity also to see the interface of the title, and to note that the markers of objectives, the touch interface and the mini-map of the episodes are already present. Overall, the title seems to have great similarities with the recent approach of the license, whether in its iconography, its fights, the presence of levels or its rhythm. Upon release, the game should be free-to-play, and integrate “in-app” purchases. It remains to be seen how Ubisoft will mix this classic approach and this economic system, largely democratized on mobile.