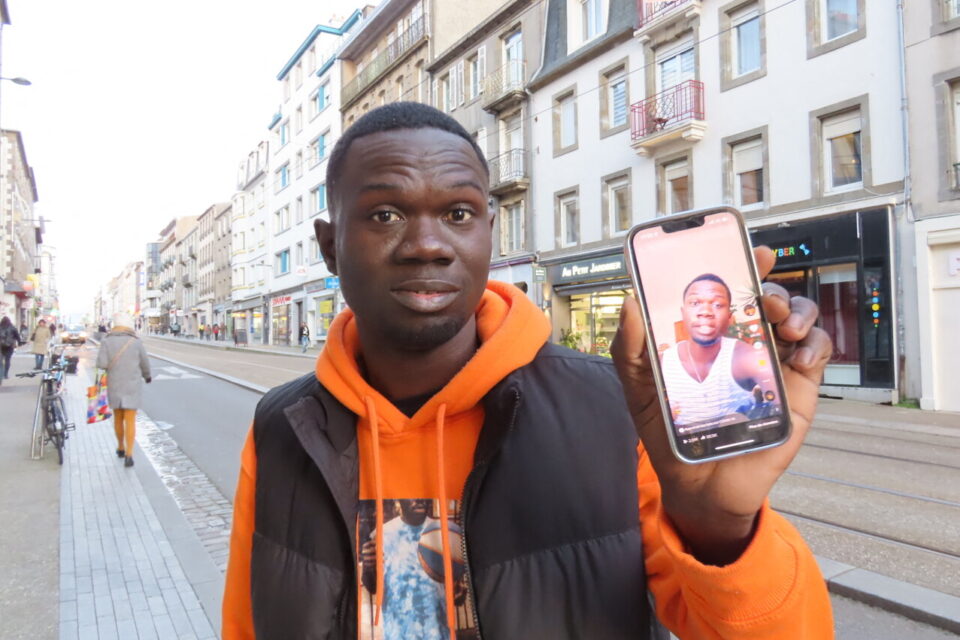 
Brest side
See my news

We meet Armel N’Guessan in a shop in downtown Brest (Finistere). Just before, someone had just recognized him in the street. Smiling, although a little stressed. “This is the first time I’ve told my story. I hope that I will not be judged afterwards. »

His history ? That of a child of Ivory Coast, looking for a better future. Arrived on French soil illegally in 2017, and today followed by more than 300,000 people on the social networks under the name ofArmel LeMalabar.

“I didn’t know my father, I mostly lived with my mother and my grandmother. When the latter died, it was a bit complicated, ”says the young man, aged 22, to Brest side.

I followed a wave of people leaving the country when I was 17. I was helped by smugglers.

Armel N’Guessan arrives in Paris in 2017, under a false identity. He gets on a random train a few days later, Gare Montparnasse. He will take him to Quimper, the terminus. Direction City Hall, then Brest, the next day, where he will be accompanied by child welfare.

He will spend eight months at the hotel, until his papers, appraised, are judged inadmissible. “I had met a lady at the Théâtre de l’Opprimé in Brest. She hosted me and helped me a lot. »

Adjim, an association that accompanies young isolated migrants, also gives him a big hand. Armel N’Guessan obtained a professional baccalaureate in Landerneau, then his BTS Negotiation and digitization of the customer relationship (NDRC) in Brest.

Currently, the young man is studying at Ifag, a management school. “I wanted to do studies to show that I wanted to learn, have a situation. I am integrated, I was a member of an association of improvisational theater, with another I played a show through different cities in Brittany…”, says the one who is the subject of a OQTF (Obligation to leave French territory) since 2019.

I have never committed a crime. But it took time for my papers to be found. I got my birth certificate and a passport. I am returning to the Quimper prefecture on January 5, 2023 for my new application for a private and family life residence permit.

Taken over by Booba

Today, Armel N’Guessan lives in a studio, and pays his rent of 270 euros thanks to the money earned with his short videos 10 to 15 seconds on social networks. Some exceed one million views.

It all started during confinement, when he can no longer do theatre.

I launched a challenge. I posted a photo with a shoe on my nose instead of a mask. I was taken over by Booba, the photo went on Touche not at my post, it was my first buzz.

Shortly after, he posts a video on TikTok where he says: “Those who say that time is money, do they buy a car with 18 hours? » More than 900,000 views. His community is growing. Her videos have already been shared by the singer Angela, Aya Nakamura, the singer Vegedream…

Today, the Brestois has more than 300,000 followers in total from these different accounts on TikTok, instagram and Snapchat. His videos are viewed two to four million times a month.

“Funds for content creators have been created, I monetize my videos since a year. This earns me 600 to 700 euros on average. I have to post, otherwise I would be on the street. »

Until then, it was impossible to know where Armel N’Guessan lived. Recently, he published a video where he talks about Brest, and… the rain.

More than a million views later, the twenty-something is now regularly recognized on the street. Few racist comments under the videos? “They touch me, but I always respond with humor. »

Undocumented, he does not have the possibility of creating his own micro-enterprise to canvass businesses that could appeal to him and his influence.

I can’t send an invoice, I’m sometimes paid in the form of a voucher when I highlight a brand in a story. I hope that my presence on French soil will soon be authorized. I also don’t have the possibility of finding a company for my work-study program, I’m stuck.

If his situation is regularized, he could fully embark on his many projects: find a company for his bachelor’s degree, knock on the doors of businesses in Brest so that they take advantage of his influence on social networks, why not perform on stage… “I also want to prove to young migrants that we can get by without doing anything. Me my weapon was school. And social networks. »

Was this article helpful to you? Know that you can follow Côté Brest in space My News . In one click, after registration, you will find all the news of your favorite cities and brands.

Armel, undocumented, pays his rent thanks to his millions of views on the Internet


You can view our social media profiles here , as well as additional related pages here.https://yaroos.com/related-pages/