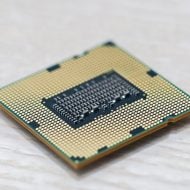 Apple commissioned two independent studies on the impact ofApp Store, and more particularly its program for small businesses, on the world of work. The Cupertino company wishes, in this way, to demonstrate its importance to the world.

The studies were carried out by the independent firms Analysis Group and Progressive Policy Institute. According to Applethey demonstrate that the App Store “ contributes to one of the most successful and innovative global markets in existence today “. For example, the iOS app economy now supports over 2.2 million jobs in the United States.

The Apple brand says its app store has created millions of jobs around the world, and enabled many developers to reach customers in innovative ways as the pandemic has turned upside down the planet. “ These developers and their apps have helped people find new and often sustainable ways to collaborate with colleagues, be entertained, hone their creativity, and connect with friends and family. “says Apple.

Present in 175 countries, the App Store allows developers, especially the smallest ones, to reach a very large market and to have their product discovered outside their country, offering them the possibility of obtaining new customers in places where it would not otherwise be possible. Thus, the tech giant explains that ” five years ago, 45% of today’s top developers did not have an app store presence or had revenues below $10,000 highlighting the evolution of its application store for businesses. 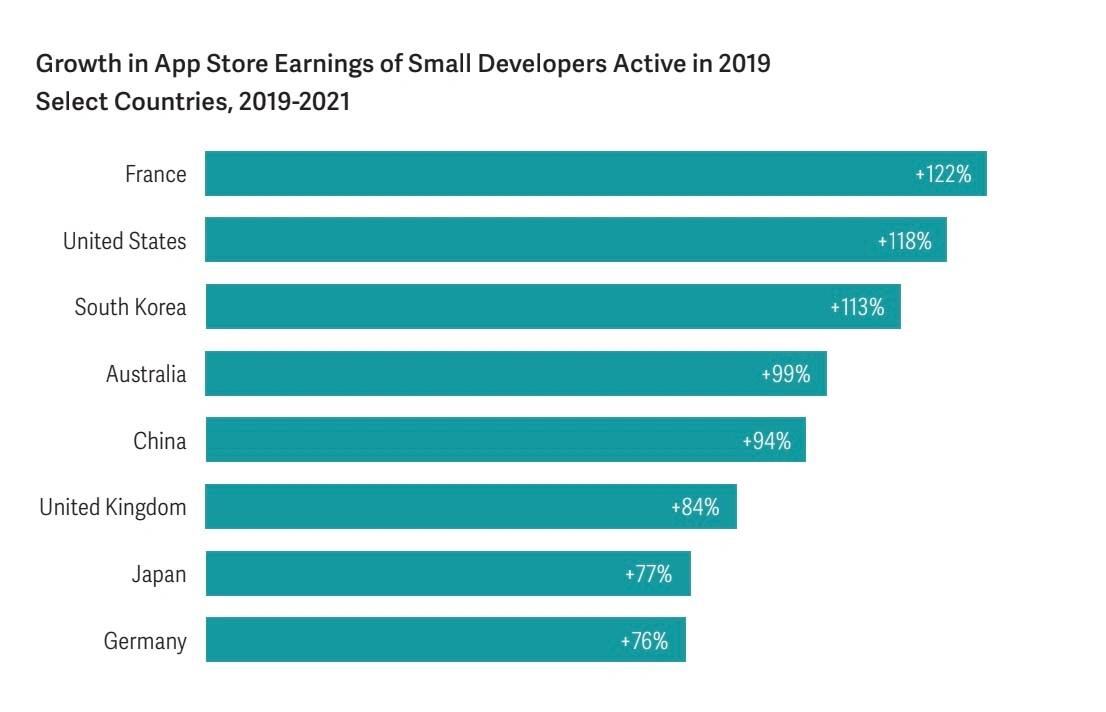 The percentage of revenue growth for small developers from 2019 to 2021 by country. Infographic: Apple

Revenues of small developers on the rise

“In 2021, thousands of small businesses and new app makers joined the App Store from all over the world. Of this set of new developers, approximately 24% came from Europe, 23% from China, 14% from the United States, 4.3% from Japan, and 34% from other regions, including Korea, India, and Japan. Brazil. And over the past two years, the number of small, emerging developers joining the App Store has increased – for example, in the UK, the number of small developers new to the App Store has increased by almost 40% since 2019 and in Germany it increased by more than 25%.

In addition, it has enabled small developers to significantly increase their income, particularly in France, where small developers’ App Store revenues increased by 122% between 2019 and 2021. To demonstrate the benefits of its program for small businesses, Apple explains that, for example, the Rootd application, aimed at people suffering from anxiety, has seen its earnings increase by 200% year-on-year.

Apple is not unanimous among developers

The timing of these two Apple-sponsored studies is no coincidence. The authorities, but also the developers, greatly criticize the Apple brand for the policy it puts in place within the App Store, and in particular its 30% tax, considered an abuse of a dominant position. Incidentally, Apple recently had a run-in with Dutch justice for this reason, while the European Commission is investigatingfor its part, on this practice.

These reports seem to corroborate Apple’s claims and its arguments to maintain its commission on in-app purchases: its application store provides a large secure market for companies and allows them to generate very large revenues and to evolve; this justifies, according to the Cupertino company, such a high tax levied on companies that are highlighted in the App Store.

Apple demonstrates the importance of the App Store for businesses