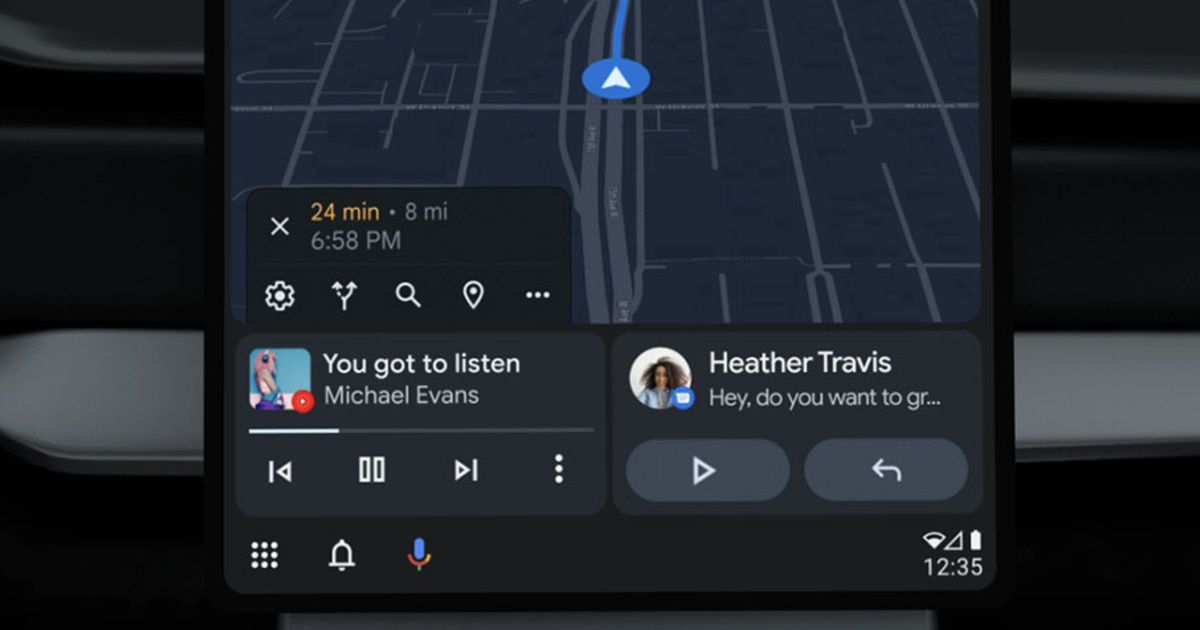 During the high mass Google I/O in May 2022, the American firm had announced an update of Android Auto (version 8.0), its interface dedicated to the automobile. Among the new features, the graphical interface which – finally – was going to adapt to the different screen sizes fitted to the vehicles. The other change concerned the screen, divided into three unequal parts. Priority was given to navigation, which offers a larger display, accompanied by two smaller modules (media and communication).

The deployment of the version 8.0 debuted in the summer of 2022, but without the much-promised new GUI. It was during CES 2023 in Las Vegas – which closed its doors a few days ago – that Google announced that the new Android Auto graphics would be available on all Android devices.

As promised, the display automatically adapts to the size of the vehicle screen, with a focus on navigation. It is displayed on 2/3 of the screen, left side for horizontal screens. The remaining third, on the right, is intended for media sources as well as for displaying messages or calls.

Google Assistant is getting smarter in “now featuring smart suggestions including missed call reminders, quick arrival time sharing, and instant access to music or podcasts“. Moreover, a progress bar appears, allowing you to move forward in a musical piece or on a podcast episode.

Shortcuts on the screen allow you to respond more quickly to messages or to make a call to your favorite contacts. Among the new features of Android Auto, we also note the integration of WhatsApp calls provided you have a Pixel or Samsung smartphone.

Finally, the last big feature concerns the digital car key. A function offered by some car manufacturers such as BMW. Thus, the owner of the German can not only use his smartphone, an iPhone in this case, but also share this digital key with a trusted third party.

Now, this digital ignition key is compatible with Google Pixel. Samsung and Xiaomi smartphones are expected to follow later this year.

In the future, while waiting for the electric vehicle to be recharged, the driver and his passengers will be able to kill time by watching movies or TV shows. Thanks to Google Play, they will be able to access the Tubi (Fox) streaming platform or MGM+. A little later in the year, the offer will be enriched with other entertainment content including YouTube.

Android Auto gets a makeover and gains new features