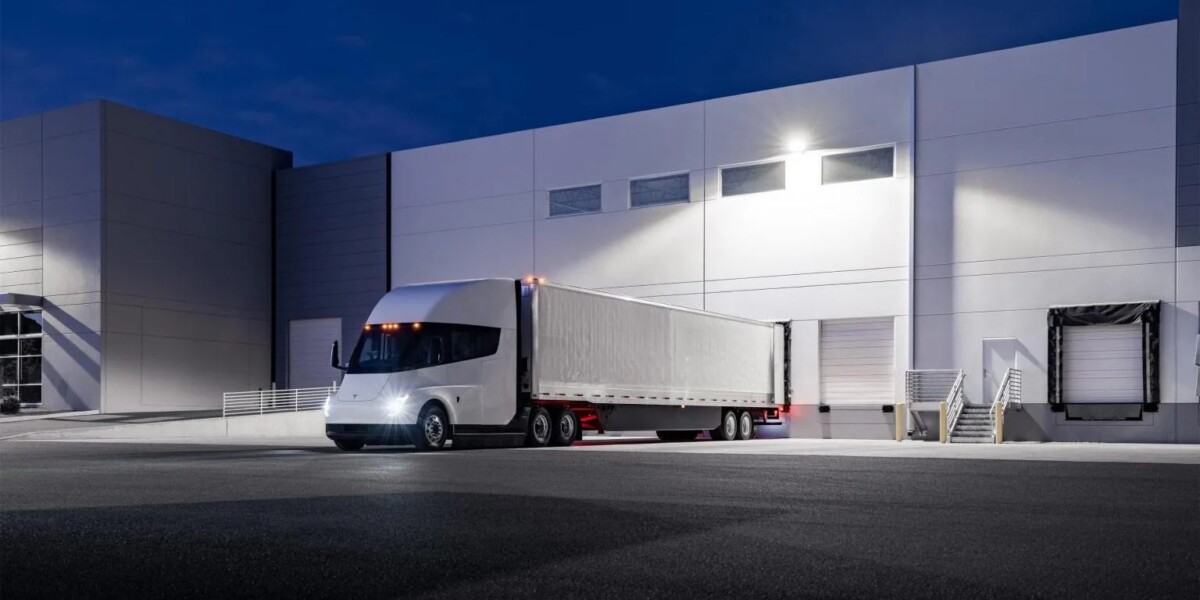 Tesla has just released a video featuring its new electric truck and its titanic autonomy. This indeed shows the Semi traveling 800 kilometers on a single charge, with a full trailer.

A few days ago, Tesla held a grand key handover ceremony for its all-new Semi. A first delivery intended for PepsiCowhich completes several years of waiting, while the first prototype of the truck was unveiled five years earlier. After a few years of delayso here is the Semi finally circulating on the roads.

And the least we can say is that Tesla’s electric truck has a pretty incredible spec sheet. If all the details have not yet been revealed about it, we know that it is powered by three electric motors like the Tesla Model S Poster, even if the total power is not known. We know, however, that this should be very high, while Tesla has unveiled a video showing the incredible acceleration of the truck on a slope at 6% inclination.

But obviously, this is not the only insane thing about this new vehicle, which therefore precedes the launch of the Cybertruck, planned for its part. in the course of next year. Because the firm, now based in Texas, has just shown another facet of its truck, again in a awesome video. This then takes the form of a timelapse and shows the new Tesla Semi driving on an American highway, with its autonomy of 800 km thanks to its multi-ton battery, representing the equivalent of 9 Tesla Model S batteries !

A 1:59 minute sequence, which has one goal: to prove that the truck can travel a very long distance without a single charge. When handing over the keys to the first two copies, Elon Musk announced that his vehicle had managed to travel more than 800 kilometers without taking a break, all with a load of 37 tons. A real performance, which then contradicts some unconvinced people, as explained by Electrek.

Starting with Bill Gates, who pinned Elon Musk in 2020, when the latter already announced a very long range for his truck. The Microsoft founder believed that the semi-trailer would be unable to travel a very long distance on a single charge, explaining that installing a large battery would increase the weight, thus reducing autonomy. As we explained in a previous article, a large battery is not always the best solution and does not always rhyme with great distance.

The video therefore proves that it is possible for the Semi to travel over 800 kilometers on a single charge, from Fremont to San Diego with a 37 ton trailer. As a graph published by the brand reveals, the truck begins its journey with a 97% full battery and arrives at its destination with only 4%. Elon Musk clarifies that the example used is standard and has not been modified. On the other hand, nothing has been said about the average speed on the course, while the size of the batteries has not been communicated for the moment.

However, we know that two versions will be available, with a range of around 500 and 800 kilometerswhile the electric truck is compatible with the hyper-powerful charging developed by the manufacturer.

The latter is indeed working on the deployment of Megachargers (also known as Superchargers V4), capable of delivering an incredible power of more than 1 MW, or 1,000 kW.Thus, only 30 minutes would be needed to recharge the battery from 10 to 80% at an output of 1400 kW. 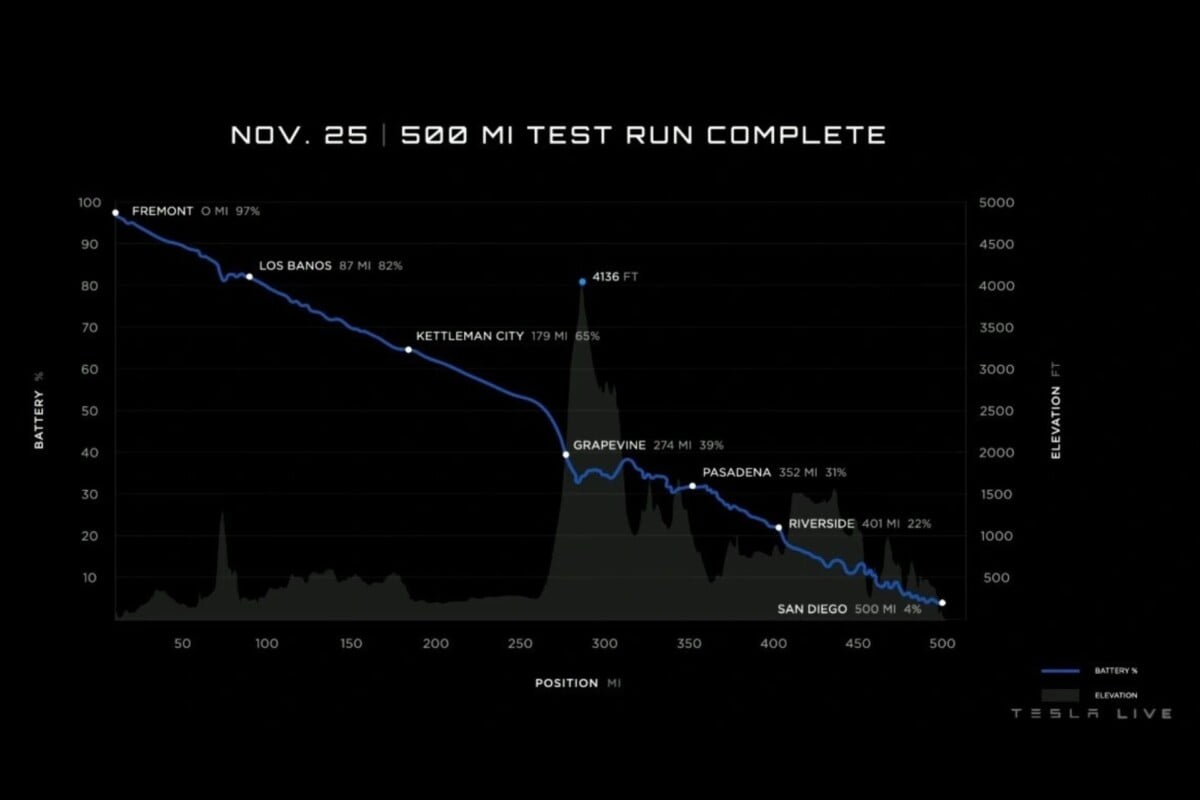 This system should also be able to be used by the Tesla Cybertruck, as Elon Musk announced a few days ago. The latter also confirmed the reduced consumption of the electric truck, of the order of 1.7 kWh per mile, which equates to approximately 105 kWh / 100 km. This remains relatively reasonable when you know that this value is indicated with a loaded trailer.

Tesla plans to produce 500 copies of its Semi each year in the United States to begin with. If the success of its truck is confirmed, the American brand could then launch into other markets, such as Europe for example. Because for the time being, orders are not yet open on the Old Continent. The firm will then have a lot to do, while other manufacturers are embarking on the segment of electric trucks, such as Volvo as well as Renault Trucks. But the models currently offered however, do not target the same clientele for the moment.

800 km in Tesla Semi: Bill Gates did not believe it, Elon Musk did it, judge for yourself