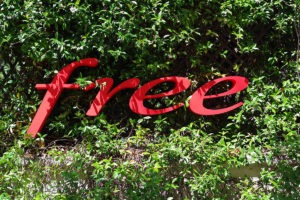 The Iliad group, parent company of Free, Iliad Italia and Play, has unveiled its results for the 1st quarter of 2022. They are good and the turnover is up by 5.1%.

The results are looking good for Iliad, which saw its turnover increase by 5.1% during the first quarter, driven by an increase in sales in France and Italy.

The situation in France

In France, the recruitment dynamic is good since Free indicates that for the first time since 2013, it came first in terms of fixed-line recruitment with 56,000 new subscribers and on the mobile with 127,000 subscribers.

Fiber is a real success at Free with 239,000 fiber customers over the quarter to reach 4.01 million fiber subscribers. In all, Free has a base of 6.98 million subscribers on the fixed. The fiber adoption rate is also very high, reaching 57.5%, an increase of 12.1 points compared to the previous quarter.

Fixed income also increased but more slightly than mobile, to reach 33.5 euros per month or +2.8%. These good results are reflected in the Group’s turnover, which rose to 1.339 billion euros over the quarter, an increase of 4.8% compared to the same period last year. EBITDAaL for its part was 493 million euros (+7.3%).

The situation in Italy

Italy is not left out because Iliad says it has recruited 320,000 new subscribers on mobile, bringing the total to 8.825 million subscribers acquired in just under 4 years. Iliad embarked on the peninsula in May 2018 from scratch with a whole network to build and now has a large number of Italian subscribers.

Xavier Niel’s group entered the fixed-line market at the end of January with its Iliadbox offer at an aggressive price starting at 15.99 euros per month for mobile subscribers. However, Iliad has not yet disclosed the number of fixed subscribers but should certainly do so for the results of the second quarter. The group still speaks of a “success” and will continue to extend fixed coverage.

The turnover is 214 million euros over one year in Italy, an increase of 13.9% over one year, with services going from 187 million in revenue in the 1st quarter of 2021 to 212 million for the start of the year.

The situation in Poland

Poland is the last market for Xavier Niel’s group. Iliad launched there only a few months ago but is already recording good results. It must be said that the operator did not start from scratch this time and bought two local operators to launch into mobile and fixed, which makes it possible to achieve convergence and therefore to improve the results.

The group has experienced strong growth in its prepaid subscriber base in Poland, but the situation is explained by the provision of free SIM cards for Ukrainian refugees. However, the historical market has seen good growth with 43,000 new mobile subscribers over the quarter.

Turnover in Poland amounts to €384 million a slight decrease compared to last year.