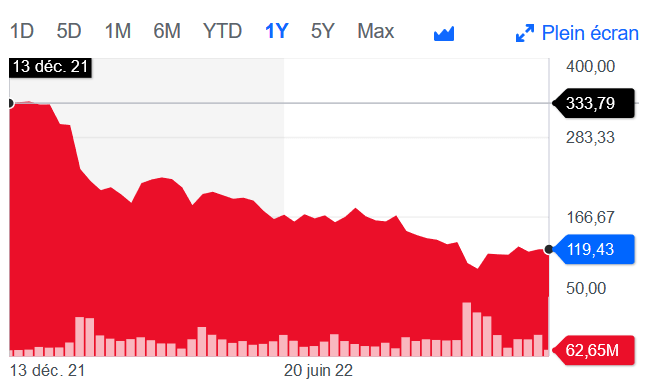 NFTs and cryptocurrencies were the big trends of 2022.

Atlantico: Many tech trends have marked the year 2022, what is THE trend that would sum up this year?

David Fayon: There are several and it would be wise, for example, to focus on one aspect of them, such as social networks. We could with the stock market price of Meta (Facebook, Instagram, WhatsApp, Messenger, etc.) which has been divided by almost 3 in one year and the boom of TikTok headline “Facebook crying and TikTok laughing”.

And above all we had the takeover on October 27 for 44 billion dollars of Twitter by Elon Musk after a long soap opera. While the world of social networks was humming (standardization of formats, copying of functionalities from one network to another), it suddenly found itself upset with the first fortune in the world at its head in the person of the serial entrepreneur Elon Musk . He has to his credit PayPal, SpaceX, Tesla, Hyperloop, OpenAI, Neuralink, etc. Now he is having fun with his new toy, commenting on current events and announcing changes to the tool that are not always well received and having sacked half of the company’s workforce. At the end of the year, it was above all the buzz around ChatGPT and the stunning AI that was the highlight.

The year has been marked by NFTs and cryptocurrencies, what will be the remnants of these trends?

NFTs (non-fungible tokens) and crypto-currencies present interesting new uses in the long term, but with market correction phenomena that have marked 2022, such as the bankruptcy of FTX in November, a crypto-currency trading platform. This has led to some cascading effects. Not to mention that Bitcoin, the first crypto-currency that appeared in 2009, has lost much of its value with yo-yo phenomena. Otherwise, NFTs are gradually being integrated into social networks.

Food production: these new technologies that could return 80% of cultivated land to nature

We also saw that at the heart of Web3 there was no but several possible metaverses, more on the side of the brands and not with massive uses in the short term even if the companies test these concepts via experiments (PoC or Proof of Concept) so as not to be left behind when the uses take off with a viable economic model. These are often coupled with a digital twin of the application.

Decentralized social networks like Mastodon as an alternative to Twitter are struggling to fit into the landscape of Internet players. Registration by category, complex, and the few influential people present on the platform constitute an obstacle to its development. The phenomenon of migration from one tool to another (as we saw last year with instant messaging from WhatsApp to Signal or Telegram after the change in WhatsApp’s general conditions of use) remains marginal. Note a player like Steemit which allows content curation and has a cryptocurrency (Steem, cryptocurrency exchange platform like Binance) or even Partially, a niche social network for young people. This consists of inviting friends to parties, which Facebook also does very well for participation in any type of event.

Finally, we have the proliferation of fake news of all kinds with a moderation exercise which is not simple, deepfakes which are sometimes more difficult to detect because the faked videos are often very realistic, the explosion of attacks and its corollary the increased importance of cybersecurity. In this context, the most vulnerable groups such as young people who are over-consumers must be protected.

Cyberattacks: the other Russian failure of the war in Ukraine

We see that 40% of young people have replaced Google with TikTok or Twitter, will these new networks come to replace giants like Google?

Already among young people aged 15 to 24, Snapchat is the 1st social network in terms of time spent each day in France. Nevertheless, its use among marketers remains very marginal. The consumption habits of young people differ with a predominance of video, ephemeral content, stories even if these uses then spread to other categories of the population. In a way, they play the role of first-time adopters. When it comes to Twitter, I wouldn’t say that young people use it a lot unlike Snapchat, TikTok and Instagram. Finally, the number 1 social network, Facebook, is losing engagement among 15 to 24 year olds due to the presence of parents and grandparents, which in some way hinders their freedom. In addition, the engagement rate on Facebook pages is low and the reach of publications has decreased, which forces brands to be visible to resort to paid advertising. However at the same time Facebook Marketplace is progressing as well as Instagram.

The digital oligopolies (GAFAM) apart from Meta, which is the number 1 social network and is trying to find new life with the metaverse – which is not working for the time being – are positioned in several sectors. This allows them to have multiple incomes and to reduce their vulnerability. Apple has a vertical integration of its products and services with control of the entire value chain from hardware to data while Microsoft is present everywhere (operating system, office suite with Teams, social networks with LinkedIn and Yammer, gaming with Xbox and Minecraft, cloud with Azur, quantum computing, etc.) being the most complete player and with the best profitability rate in 2021. Google, now Alphabet, is present in telecoms, transport, energy, etc. Amazon is the global digital supermarket with physical products (Amazon Echo with Alexa, Kindle, Amazon Go supermarkets, etc.) and AWS for the cloud.

TikTok, even if its breakthrough is clear with an addiction that is double that of Instagram or Twitter, which is looking for itself and confusing users since its recent control at the end of the year by Elon Musk, is not able to replace GAFAM because acting on a narrower field of action with meager operational results especially with regard to Twitter.

Nevertheless, there are new social behaviors, the growing success of short videos, the return to favor of podcasts which allow you to program listening to programs according to your own schedules and without constraints, etc. The consumption of data produced on the Internet becomes a mode of CaaW (Consumption as a Wish).

You should be aware that the time spent on social networks in France has increased by 5 minutes in 1 year, standing at 1 hour 46 minutes. This is something to take into account for brands. The growth of social selling is confirmed and not only on LinkedIn at the B2B level. We are also witnessing hacking of accounts such as on Instagram to divert sums of purchases from Internet users who believe they are ordering on a brand account and not having their product or service delivered…

Creators have also taken a big place in the ecosystem, what is their place and to what extent compensation and advertising have evolved with these changes?

According to Talkwalker and Khoros’ 2023 Social Media Trends Report, the making of a trend is fueled by awareness in society (article, cultural fact, event, etc.), which grows with public awareness which can be amplified with the role of influencers on the Internet and extended with media notoriety, all in a cycle as illustrated in the following figure. Consumers seizing it, it is crucial for brands to understand these social facts to better invest in social networks. 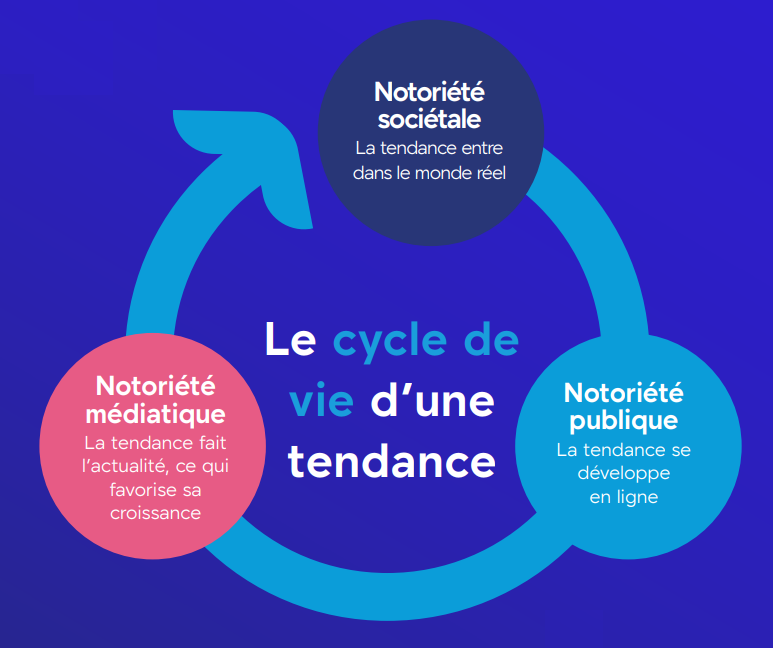 We could cite gentleminion created by an influencer on TikTok which came from the animated film Minions 2 and which was then taken over by the Universal company which produced it with serious profits.

Paying creators on social networks is no longer taboo and is becoming a reality according to the adage “every pain deserves a salary” even if in some jobs, there is a significant pleasure part. This is what Elon Musk is moving towards for Twitter by copying what YouTube, Snapchat, etc. are already doing. He wants to remunerate the content of influencers.

There are even influencer compensation grids for brands so as to position the cursor according to their audience, the social network used and the type of publication as explained in The moderator’s blog. 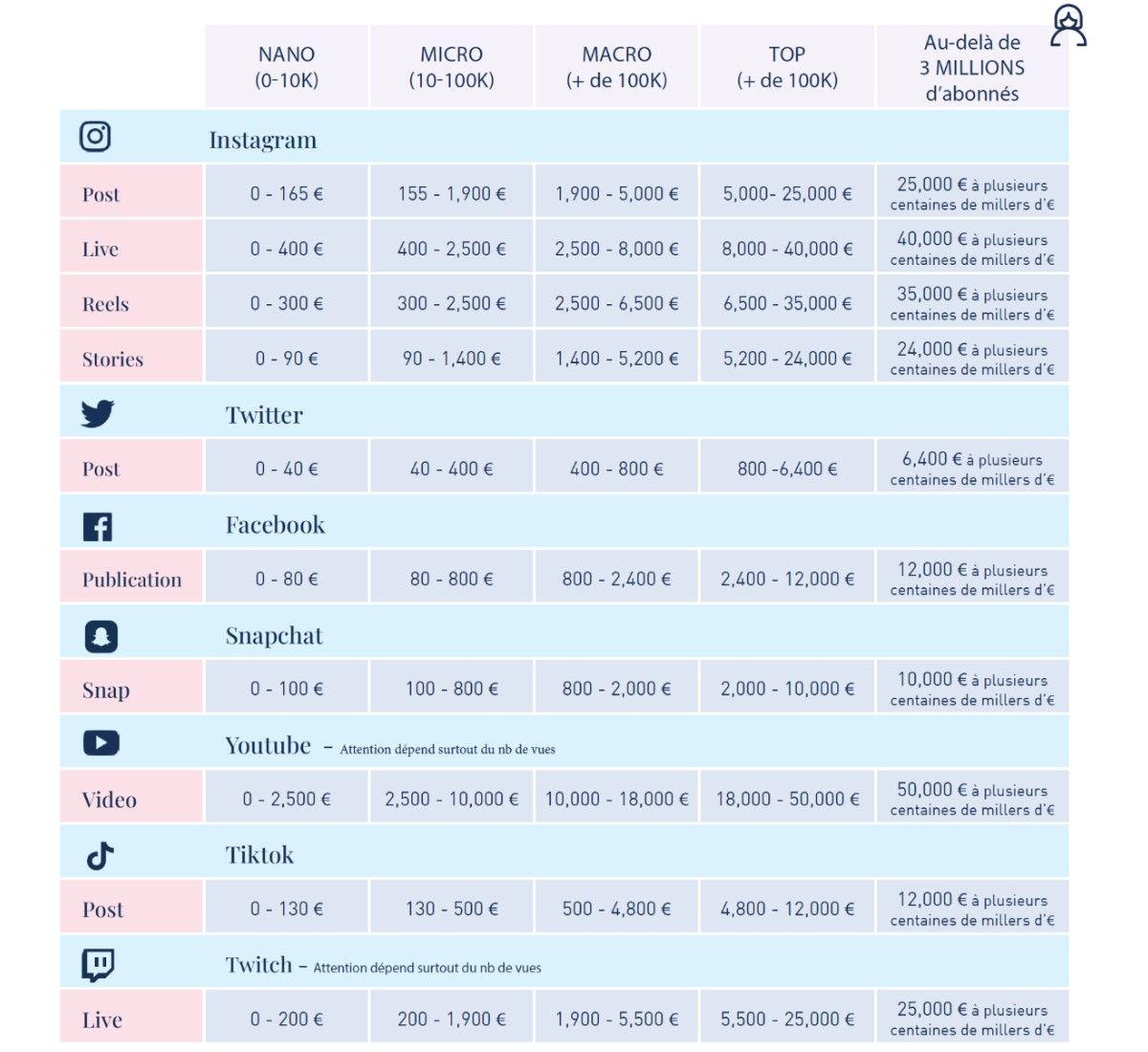 For brands, it will be necessary to diversify with e-commerce and by imagining new content monetization models. Authentic and highly personalized recommendations appeal to both brands and advertisers. This is the challenge to be met.

Filters have been part of social networks for a long time, now it’s transparency and reality, how to explain this change?

We are seeing more authenticity for posts, including content that we want to be more real and less artificial from influencers. Brands will prefer to work with several more authentic micro-influencers and for causes than for few influencers who would be less real.

We no longer post the same way on social networks. On Twitter often a user for an event will prefer to post 2 to 4 photos and not just one or publish short videos. On Insta, we will tend to publish more photos taken on the spot, sometimes blurred and uncorrected, favoring Reels which are more visible due to Instagram’s algorithm which favors them for the time being while the reach publications on all social networks combined (the reach) has dropped.

BeReal, a French application created in 2019 and which has more users in the United States and the United Kingdom than in France, is one of the revelations of 2022 and is part of this trend (no preparation for the installation more natural, no filters). The principle of BeReal is to initially publish two photos in a fun way (with the front camera and the rear camera of the smartphone) in less than two minutes, and randomly every day, depending on the application. Its development is such that it could soon be a future unicorn. And other social networks have been inspired by it, such as the Dual Camera function of Instagram and Snapchat in 2022, or even TikTok Now.

The changes will certainly accelerate in 2023 with the earthquake caused by the takeover of Twitter but also the greater consideration of societal issues against a backdrop of crises that have not been anticipated for years. Beyond the “permanent publicity stunt”, decision-makers and economic players will now have to focus on the substance so that, thanks to digital tools, positive changes can be orchestrated.

10 social media trends that changed the internet in 2022