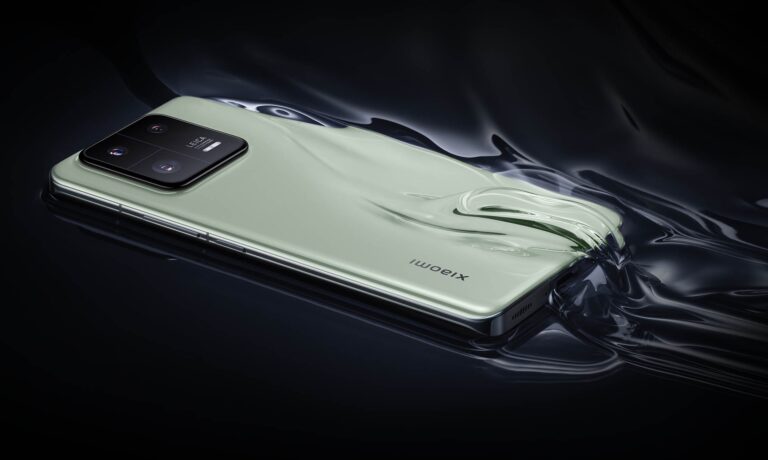 Initially only intended for China, the manufacturer Xiaomi presented its latest flagship smartphone. The Xiaomi 13 Pro builds on platforms that other manufacturers will also install in their top devices and thus promise an exciting 2023 for smartphones.

Highlights of the Xiaomi 13 Pro:

Some of the components already reveal it: these are techniques that we also find in other Android flagships and which will be quite certain.

Equipment looks good. Fastest possible processor, good memory properties. You can expect great sound, the glass and ceramic back will be well protected against scratches and bumps. Thanks to IP68, the housing is also dust and water resistant even against permanent immersion (30 minutes) up to 1 meter.

1,900 nits is bright for a display – but Samsung’s top devices like the Samsung S22 Ultra and Apple iPhone 14 Pro follow. Even a display with an adaptive refresh rate of 1 to 120 Hertz is nothing special in 2022. Nor is a 120-watt fast-charge mode (full battery recharge in less than 20 minutes!) – even if Apple, Samsung and Google still don’t follow this laudable trend in the new Pixel 7 Pro.

Even a 1 inch camera is not exclusive to Xiaomi. And that the camera module is Sony’s, we will also find it in other flagships for 2023. By the way, this is commendable. A larger sensor provides brighter images, more detail, less noise. And at 1 inch, we’re slowly getting to the point where a shallower depth of field makes real smartphone blur effects possible, i.e. ones where AI doesn’t have to troubleshoot like in modes portrait, which so far has been rather unclean.

Leica as an advantage

What the Xiaomi 13 Pro has largely exclusively is the cooperation with Leica. And here it will depend on how well the German camera legend can put his signature to the triple camera system. In the past, it was not uncommon for an ultra-wide-angle camera to have a completely different design language, color depth, or lighting than the telephoto or main camera. Meanwhile, camera systems even trick the user into believing that there is continuous zoom. The tests should show how well it works in the Xiaomi 13 Pro.

Xiaomi does not yet see a real continuous zoom like in the Sony Xperia 1 IV or a real variable aperture like in the Huawei Mate 50 Pro. The tests are also to show whether the camera, which has a resolution of 50 megapixels, uses technology for super-res zoom as good as Apple’s in the iPhone 14 Pro.

Xiaomi may not have fired up here either, and a Xiaomi 13 is still waiting for us Ultra during the year 2023.

Along with the 13 Pro, Xiaomi also introduced the Xiaomi 13. It got a different, more angular design. There is also a faux leather back instead of ceramic. Although the same Snapdragon processor with the same fast memory is installed, the main camera of the three-camera system only has a resolution of 1/1.49 inches. The fast charge mode manages “only” 67 watts; IP68 certification is also given here. The base memory configuration is 128/8 GB instead of 256/12 GB on the 13 Pro.

Incidentally, we don’t have any pricing or availability information in Germany for either phone at this time. Calculate that the launch will take place in the first quarter of 2023 and the prices will be at least not lower than those of the Xiaomi 12 (Pro) (RRP of 900 and 1150 euros).