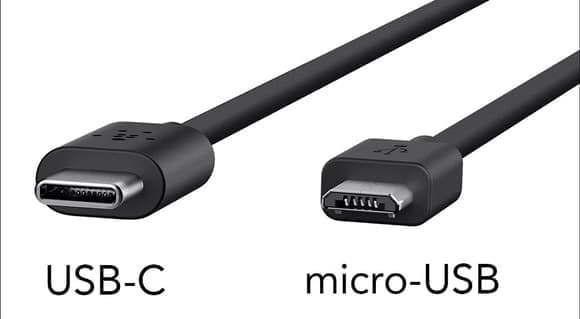 The European Union will require all smartphone manufacturers to use USB-C technology. A constraint that comes very late and forgets wireless charging.

“This is a revolution”. In a tweet published on the evening of June 8, Emmanuel Macron ironically took up the sentence regularly attributed to Steve Jobs, the emblematic founder of Apple. And for good reason: a European directive will force Apple to equip its iPhones with a USB-C charger, at the expense of its “homemade” charger (called Lightning) which has been accompanying its smartphone for a decade now.

On paper, the text adopted by the EU concerns “mobile phones, tablets, e-readers, in-ear headphones, digital cameras, headphones and earphones, portable video game consoles and speakers laptops that are rechargeable via a wired cable”, requiring that they can be charged using a USB-C cable.

In fact, the USB-C port has naturally imposed itself for several years on all the categories of products mentioned above. Gradually replacing the micro-USB, it has the great advantage of being able to connect in both directions and ensuring a much faster charge.

As Emmanuel Macron’s wink reminds us, the only major player to refuse to switch to USB-C therefore remains Apple. At least for the moment. The manufacturer, which has already opted for USB-C on its computers but also its tablets, has planned, according to generally well-informed analysts, to switch its iPhones to USB-C in 2023. That is a few months before the implementation of the European directive, scheduled for 2024.

If Apple’s decision could be linked to the anticipation of this directive, the brand still has good reasons to integrate a USB-C port into its iPhone, regardless of any legal constraint. This technology, which notably offers faster charging than Lightning, is regularly requested by users.

It is therefore likely that the European directive, on the rails for more than a decade, will come too late by applying to an already harmonized market. Very reduced, its effect will however not be zero: the text will force manufacturers to harmonize their fast charging systems, so that users benefit from the same charging speed regardless of the charger used.

Anxious not to enforce a text that will one day be obsolete, the EU also reserves the right to change this standard, to one day impose the technology that will succeed USB-C. But surprisingly, the text does not address wireless charging, which is growing in popularity.

In the smartphone market, the vast majority of manufacturers have opted for the wireless charging standard baptized Qi. A harmonization that could have been made permanent by the European Union and accompanied by the same obligation linked to the interoperability of fast charging.

Above all, the European directive does not mention at any time the case of connected watches, “for technical reasons related to their size”, specifies the EU. A market where there are however almost as many proprietary chargers as references.

Ecologically, this oversight could however weigh heavily: in the second quarter of 2021, the Strategy Analytics firm estimated the growth in sales of connected watches at 50% over one year, with more than 18 million units sold over three months.

With a dozen brands which share most of the market, there are thus millions of chargers incompatible with each other, and potentially rendered obsolete by the arrival of new models, which could thus end up in the trash.