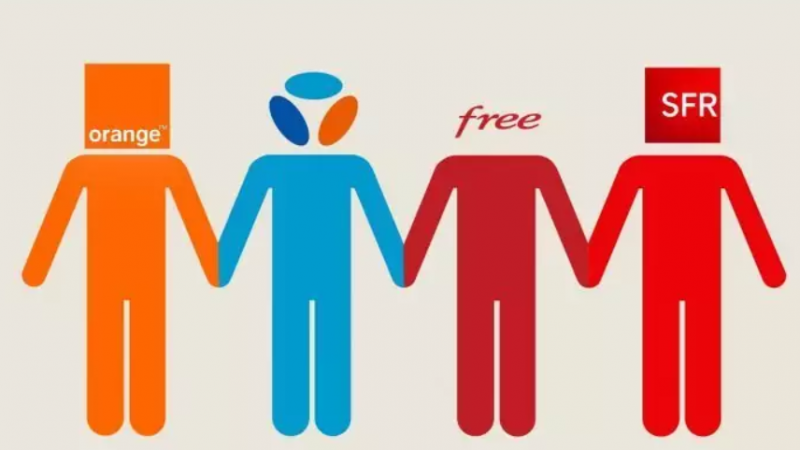 Which operator offers the best mobile network in the different areas of the territory? To answer this, Arcep is lifting the lid on the 23rd edition of its annual survey to assess the quality of service of metropolitan mobile operators. Orange is once again a big winner, Free Mobile is improving and performing in rural areas.

About the 2G/3G/4G web browsing, in dense areas, the four operators have very high results in the web page display test: they are displayed in less than 10 seconds in 98% of attempts for Orange, 97% for Bouygues Telecom, 95% for Free Mobile and 94% for SFR; in rural areas, Orange (90%) is followed by Free Mobile (86%) then Bouygues Telecom and SFR (81%).

In 2G/3G/4G/5G, for these same uses, the user experience appears similar to that obtained in 2G/3G/4G. 5G is indeed still being deployed by operators and its immediate benefit lies above all in the additional capacity it brings where networks mobiles are heavily used or even saturated. Moreover, in the current state of 5G called ” not stand-alone “, or “NSA”, 5G still depends heavily on 4G. In the years to come, 5G is intended to be deployed in ” stand-alone », or « SA », and become independent of the 4G network. Finally, the 5G deployment will continue to be optimized by the operators, like the 4G network which has been the subject of continuous improvements and adjustments for almost 10 years. This will improve comfort for new uses by the general public.

Downstream 3G/4G/5G speeds average 94 Mbits/s for all operators and are significantly higher than 3G/4G speeds (63 Mbits/s).

The average 3G/4G/5G downlink speeds are significantly higher than those obtained in 3G/4G; this improvement is more marked than in 2021:

There are significant differences in quality depending on location and operator: Arcep invites everyone to compare them, using the ” My mobile network », depending on the zone (dense, intermediate or rural) where he lives, and according to the transport routes he uses.

Which of Orange, Free, SFR or Bouygues offers the best network in 2002? ARCEP’s response


Explore our social media accounts as well as other related pageshttps://yaroos.com/related-pages/