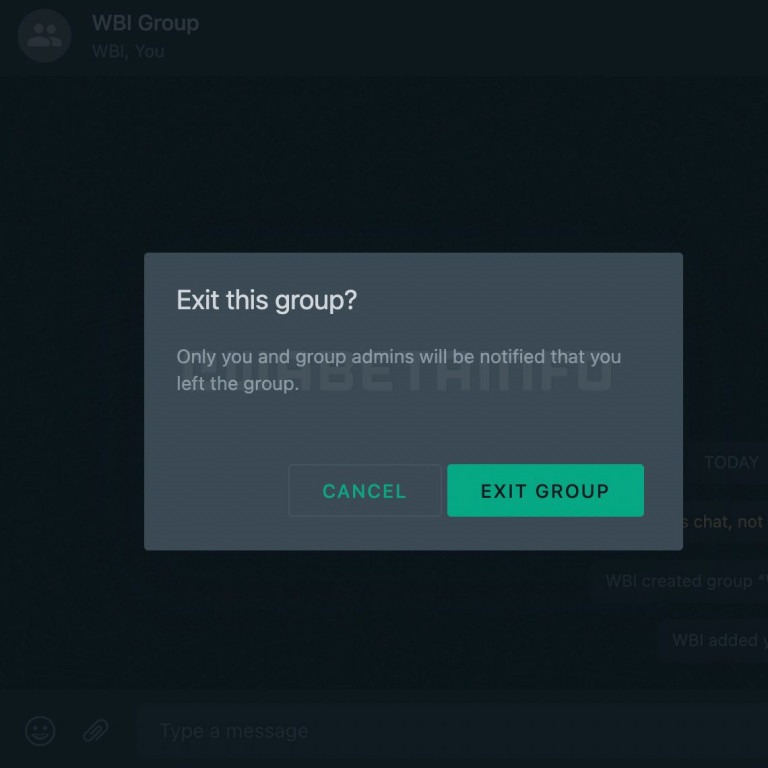 After recently highlighting groups and communities, WhatsApp will soon offer a new option to leave them discreetly.

If you left WhatsApp during confinement and you come back today, you may be very surprised by all the additions implemented in a few months by Facebook (Meta) to restore the messaging application to its former glory. instant number one in the world.

We don’t know if it was the fear of seeing a massive exodus to Signal or Telegram competitors that caused this sudden awareness at Mark Zuckerberg’s firm, but we were treated to more news and announcements. in three months than in the previous three years…

If our favorite feature is undoubtedly the arrival of reactions, which we hope to see improved even more quickly with a free and unlimited choice, we also do not forget the Meta group’s desire to strengthen security and confidentiality. accounts, with for example the possibility of hiding his status from particular users to preserve his, relative, anonymity.

With Communities, you’ll be able to bring related groups together in a way that helps you organize meaningful connections easily and privately. pic.twitter.com/eatAZQCmc3

Among all the other features already in place or expected in the year, the group’s biggest announcement, however, concerns the establishment of communities, to stick to the competition, and many improvements related to groups.

The idea of ​​“Communities” is to form thematic groups so as to easily organize themselves within a set of groups. A particularly interesting feature for companies, schools, condominiums, etc.

Aware of the importance of these groups, Meta has decided to increase file sharing up to 2 GB per object (against 100 MB currently…), to improve voice calls by allowing up to 32 people to participate and finally to increase the size of the groups from 256 to 512 people!

A reinforced community aspect therefore, but which can quickly become oppressive and counterproductive if several thousand messages a day are sent to you. And while most of us will take advantage of the mute mode so as not to be disturbed, some might simply want to leave a group if it no longer suits us.

Fortunately, as noted by the excellent
WABetaInfo
, the reference site for leaks on WhatsApp, in a new Beta, this should soon be history. Indeed, as we can see on the screen above, in a future update, when you leave a group, only the moderators will be notified of your departure.

WhatsApp should soon let you leave a group quietly