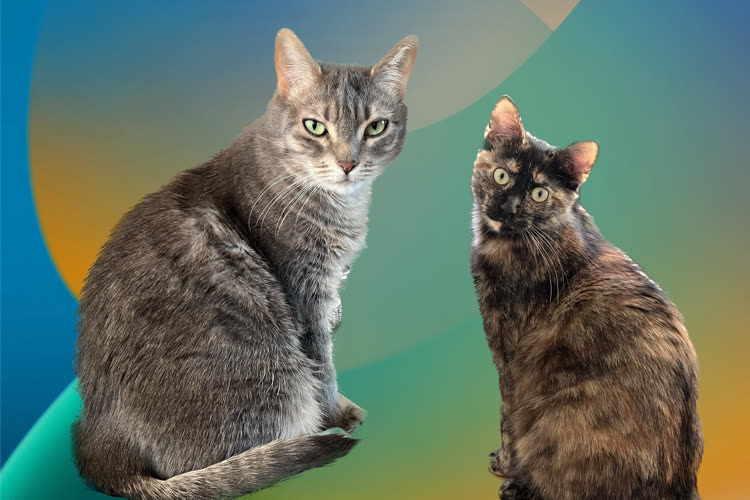 There are spectacular new features in Photos on iOS 16 and macOS Ventura, then other simpler ones, but which we will not sulk in view of the services rendered.

Instant clipping of subjects or objects in photos is arguably the most stunning new feature in Photos. From there to say that it will be the most used, it remains to be seen once the effect of surprise has faded. But there is material to use it to create photo montages.

There are other functions that are just as worthy of attention, starting with the deletion of duplicates in its photo database.

This is a possibility that never ceases to happen as it is obvious in this kind of application. Photos finally got her on the program. It does not only concern photos, since videos are also analyzed.

In the list of storage folders created automatically by Photos, there appears a new one called “Duplicates”. It does not appear immediately after the new systems are installed, so Photos has to be given time to look for duplicates, triplicates or more. The space of a night, the phone in charge, begins to give results.

Once this file is completed, we review the proposals (a filter allows you to display only the photos or the videos). You then have the choice between deleting one or more copies of the same element or merging them.

Photos will focus on keeping the file with the best quality and consolidating the metadata found in the different elements. If the same field (for example the location) is filled in differently, a priori it is the most recent content that takes precedence.

In the interface of iOS 16, the size of the file is indicated, it is already a good indicator of the photo that will have to be kept versus the one that can be deleted. Photos in macOS Ventura does not (yet?) show this information.

Then, as a precaution, Photos sends the duplicates to the “Recently Deleted” folder instead of deleting them. We can thus go back, the elements being kept there for a month before their final deletion.

We note in passing that this folder of deleted items as well as that of hidden photos are now protected by Code / Touch ID / Face ID. A person other than you will not be able to stick their nose in it if you have placed or thrown away annoying photos. A padlock icon indicates protected access to these two folders.

If, on the other hand, you don’t need this access restriction — it is activated by default — you can remove this barrier with a new option (global for both folders) in the Photos settings.

Every year, Apple makes a big deal of the automatic display of Memories photos or recommended photos in the “For you” tab of the app. This year we have the option to remove these two categories from the For You section.

Don’t believe, however, that the section will be lightened, a big insert indicates that the display of these suggestions has been deactivated and it suggests going to restore it… Something more discreet would not be a luxury.

Undo and Redo at will

On a Mac, the Undo and Redo commands are common when making changes to an image. This possibility is now offered to Photos on iOS/iPadOS 16. When you manipulate an image (or a video) with the filters, the cropping tool, the rendering options, etc. you can, at each step, go back or reapply the modification. It’s no longer all or nothing.

In the wake of this novelty, there is this other very useful function consisting in being able to apply a series of modifications to another image or to a whole batch of images. If you got a satisfactory result on an image and you have others of the same type, you copy your modifications and paste them on a selection.

Note above that an action menu has been added to the interface. These commands were mostly in the Sharing menu, which is refocused on its primary function.

And then there are smaller improvements. Like being able to classify People in alphabetical order in the album of the same name. However, you can return to your personalized ranking at any time.

In macOS Ventura Memories can be accompanied by background music taken from Apple Music. And, still in Memories, the playback of a video extract can be restarted without cutting the soundtrack currently playing. Finally, in Ventura the photo selector from the apps has been revised, it will make it a little easier to find content among the albums of its Photos library.

What’s new in Photos in iOS 16 and macOS Ventura