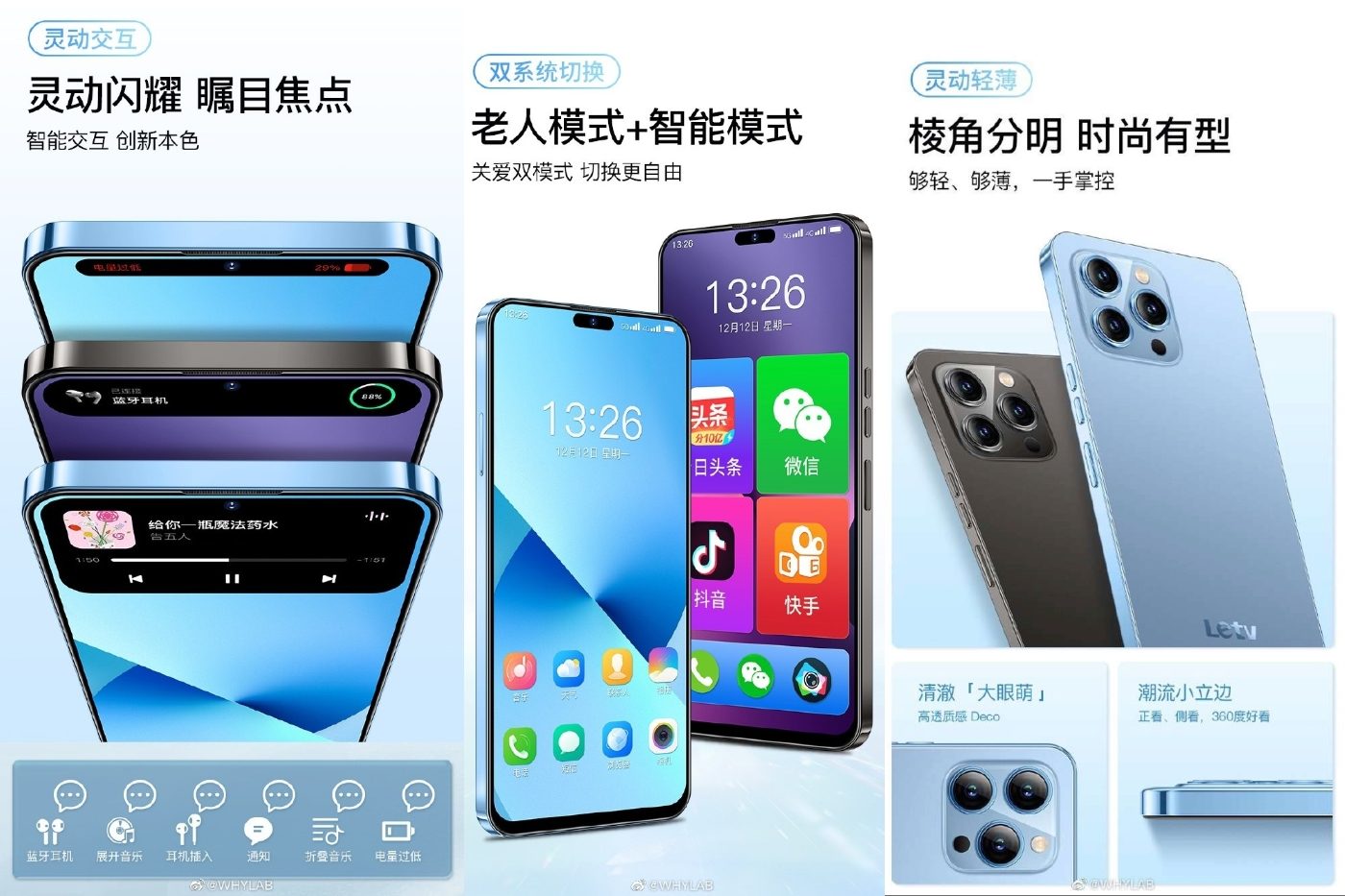 Let us introduce you to a new smartphone that was just announced for the Chinese New Year: the LeEco S1 Pro. Sold for less than 150 euros in the Middle Kingdom, the latter does not really hide its source of inspiration, an iPhone 14 Pro.

The Chinese brand LeEco does not take the tweezers by shamelessly copying Apple’s latest iPhone 14 Pro. Far from being a high-end product, it is sold for less than 150 euros. But what can we expect for such an aggressive price?

A (very) distant cousin of the iPhone 14 Pro

LeEco is taking advantage of the Spring Festival (Chinese New Year) which will take place on January 22 to launch its new smartphone, the LeEco S1 Pro. An entry-level product that looks like two drops of water iPhone 14 Pro. The “Dynamic Island” at the top of the screen is part of it, as are the flat borders, the rounded corners and the square camera block with its three modules. All at the ridiculous price of 899 yuan, or 123 euros (excluding tax).

Contrary to what its design suggests, the smartphone is equipped with only one 13-megapixel camera module. The front camera is 5 megapixels. Lastly, the phone is 9.55mm thick and weighs 209g. Chinese consumers will be able to get it in two colors, again similar to those of the iPhone: light blue or black.

Google services being prohibited in China, the phone runs on a version of Android that uses Huawei Mobile Services (HMS). This means that the product comes without the Play Store and without the Google apps, like the Huawei Mate 50 Pro that we recently tested.

Apple still as influential in China

This is not the first time that a smartphone brand has copied another. Chinese manufacturers are often singled out for resuming, sometimes shamefully, the design of certain very popular phones, those of Apple in the lead. Copies that testify above all to the influence that the products of the Californian brand still have in the world, and particularly in China.

Read also : Apple and Samsung crush the competition in 5G… except in China

A strong brand image carried by high-end products which are always social markers. But that’s not all, insofar as Chinese brands remain leaders in their market. Indeed, Apple and Samsung were not even part of the top 3 smartphone vendors in China in the third quarter of 2022.