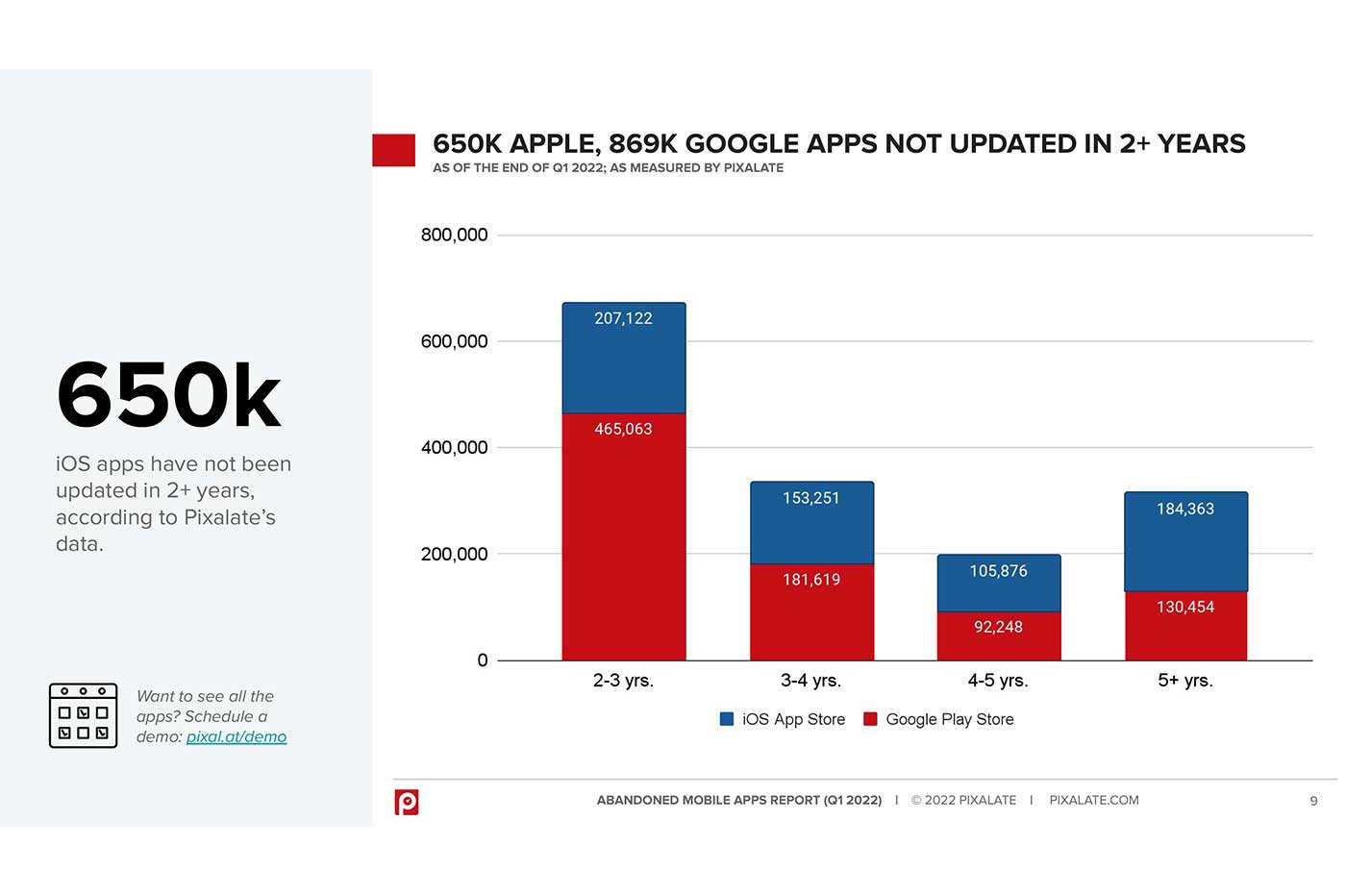 The application stores of Apple and Google would count more than 1.5 million “abandoned” applications. Abandoned by their developers, they can pose security problems.

Apple and Google have long highlighted the number of applications available on their respective stores. Despite the controversy, the App Store and the Play Store are essential for smartphones running iOS or Android. However, this abundance of applications would now pose some problems to these two giants. Pixalate has looked into the phenomenon of abandoned apps in a survey called The Abandoned Mobile Apps Report.

What is an abandoned application?

The report indicates that over 1.5 million apps from the Google Play Store and the Apple App Store can be considered “discontinued”. For Pixalate, an abandoned app is an app that has not been updated for at least two years. According to the report, 650,000 apps from the App Store have not been updated for more than two years, while the Google Play Store has 869,000 apps “abandoned”. Impressive figures that suggest that 33% of total applications have not received updates for two years or more. More than 10% of applications (11%), i.e. over 500,000would not have been updates for more than four years.

Conversely, it is considered that 1.3 million applications have benefited from an update in the last six months.

For Apple and Google, these “old” apps are a problem, as they can have significant security flaws. The threat is also taken very seriously by the two firms which have embarked on major spring cleaning. Despite Android’s huge popularity, the problem seems to be mostly in Apple’s app store.

Faced with this situation, Apple often cleans up and recently indicated that it had deleted nearly 3 million apps in six years on the App Store. Google is not to be outdone and to indicate that the outdated apps will disappear before the end of the year. It is interesting to note that the two firms do not necessarily have the same approach. Thus, Apple considers obsolete an application that has not been updated in the last three years.

For its part, Google asks developers to ensure that their applications aim for a relatively recent level of API; i.e. less than two years old compared to the last major version of Android.

These “discontinued” apps pose a problem for Apple and Google