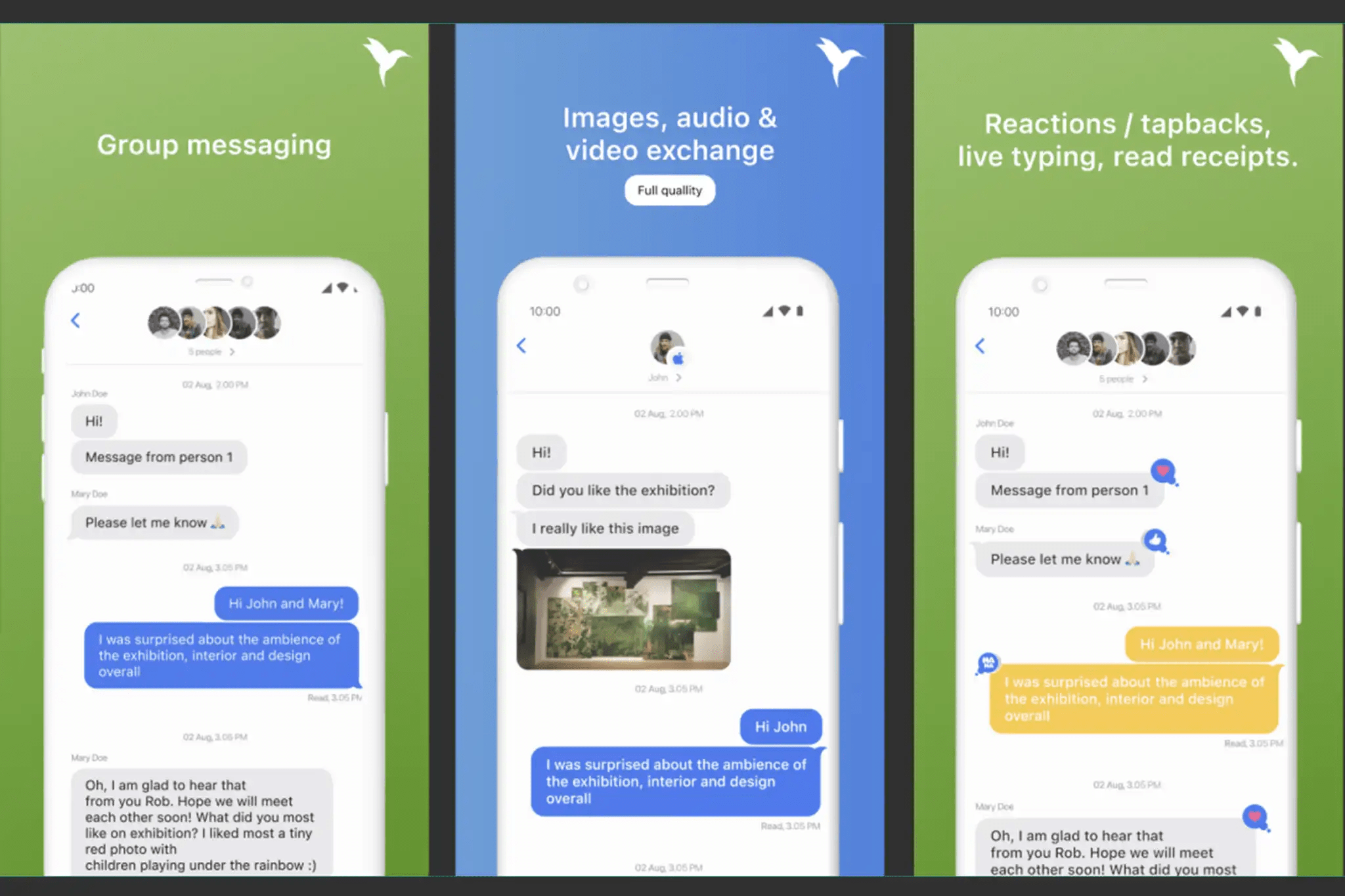 A free Android app called Sunbird should resolve the tensions around iMessage’s green bubbles. It should arrive in 2023.

Will the bubble wars stop? Perhaps with the development of an application called Sunbird which aims to reconcile iPhone and Android users. At the heart of the problem, a pitched battle between Google, which pushes its RCS technology to succeed SMS and Apple which has its own iMessage service. iPhone owners who exchange iMessages see the text in a blue bubble and Android device users in a green bubble.

It seems superficial, but this colorization has a social impact according to a study conducted by the Wall Street Journal in January 2022. She shows how “the pressure to be part of the group owning iMessage” drives teens’ smartphone buying decisions. Many high school and college students were interviewed for the article, which described situations where iMessage kept Android users away from social circles.

The Sunbird app wants to change that. It is currently in a closed beta version and should be released in the summer of 2023. The concept is simple: Android terminals will be able to communicate with iPhones as if everyone were using an Apple terminal. Our colleagues from Macworld have seen a demo of the system in use and it is quite simple. Just log in with an Apple ID, validate the account with double authentication, and send SMS.

The developers point out that Sunbird does not store passwords and Apple account IDs on its servers. They also point out that the messages are always end-to-end encrypted. Users of several iMessage features like internet messaging, high definition media, iMessage chat groups, reactions/feedback, direct typing and delivery receipts. The application should regularly integrate other functionalities.

A planned extension to instant messaging

This is not the first attempt to bring iMessage to Android, but it seems to be the easiest solution. Other apps require a Mac or iPhone running software that communicates with a dedicated server, but Sunbird requires very little installation and no investment. The developers claim that the service will be free for now and that they don’t plan to monetize it when it launches.

However, there are plans to extend Sunbird to other messaging applications. First on the list is Whatsapp, but Telegram and Messenger are also in the spotlight. The goal is to make Sunbird a single messaging application that will communicate with anyone on any platform, regardless of the service or operating system they use. There are also plans to create a web application for Sunbird.

To see now what will be the reaction of Apple to the launch of such an application. It is likely that the Cupertino company and its lawyers will be attentive to its legality. In any case, several Android users have registered to participate in the Sunbird beta test. And the next time a friend on Android sends blue text, it’s not because they changed phones, but just downloading an app.

The end of iMessage green bubbles with the Sunbird app Computerworld