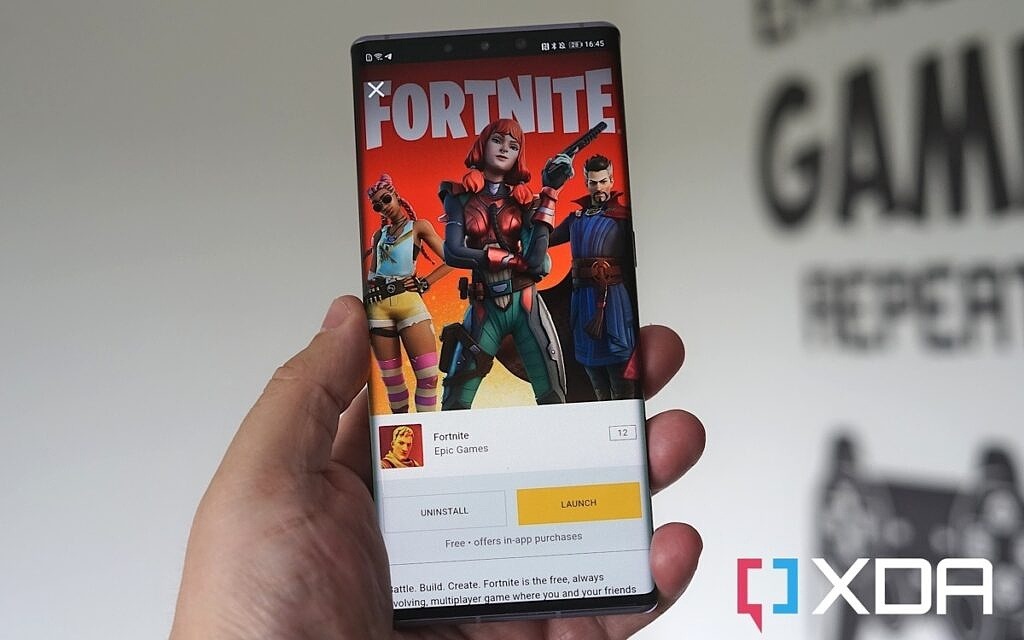 Thanks to Nvidia and Microsoft, Fortnite mobile fans now have alternatives to a native client. Fortnite was pulled from the Apple App Store and Google Play Store in a spat over who cut off all those V Bucks sales. On Android, because it’s not the walled garden you get from Apple, you can still play Fortnite on mobile via Epic’s own launcher. Fortnite players can play on the go and Epic Games can keep all the V Bucks money for itself. But it will never be as simple and convenient as loading and paying for things through the Play Store.

So while the Android version lived on, iPhone users were left behind. Nvidia quickly remedied that with a closed beta of a touchscreen Fortnite via the cloud, a version that is now generally available. Microsoft also recently added Fortnite to its Xbox Cloud Streaming for all players, no Game Pass subscription required. And both are a better way to play on mobile than the Android version, the obvious caveat aside.

In contrast, streaming from the cloud can use up quite a bit. Even turning down mobile-friendly settings, you could burn 2-3 GB of data per hour. If you have a lot of data on your cellular plan, you might not be too worried, but it will be an issue for many Fortnite players.

There’s also the simple fact that cellular data just isn’t as good as your home broadband. Even if the speed is comparable, chances are you will have a higher ping. My 5G plan with EE here in the UK is quite fast. But while I can enjoy ping as low as 15ms at home streaming on GeForce Now, when going out on cellular, it’s double that or worse.

Fortnite mobile heavy gamers will always be better off with the native Android version if your playtime involves heavy cellular usage. But everyone should move to the cloud.

Fortnite in the cloud is familiar and shiny

The first thing that struck me when loading Fortnite into the cloud was how immediately familiar the controls are. They are basically the same on GeForce Now and Xbox Cloud Streaming and in both cases on par with mobile controls. If it ain’t broke, why fix it?

But it’s also important for anyone making the move to the cloud or returning to gaming on an iPhone after an enforced hiatus. I’m ashamed to admit that I played way too much Fortnite on my iPhone and loading either of these two cloud options felt like I never stopped.

Fortnite for Android played on a Huawei Mate 30 Pro

It’s basically a mobile game. It is so good. There’s even the same customization and an auto-fire mode for the more casual gamers among us.

Performance is the real winner, however. Using the power of Nvidia servers or Microsoft’s Series X-powered streaming blades, Fortnite via the cloud far exceeds its Android counterpart. It looks better, it’s more stable overall, and it plays pretty much anything, something you can’t say for the mobile version. With the native client, I had to dig up an older phone because despite (seemingly) meeting Epic’s spec requirements, this was a case of “the computer saying no” when it got started. was about installing Fortnite on the Xiaomi phone I’m currently using. Even then, I was limited to playing at 30 FPS on my device with pretty awful graphics. 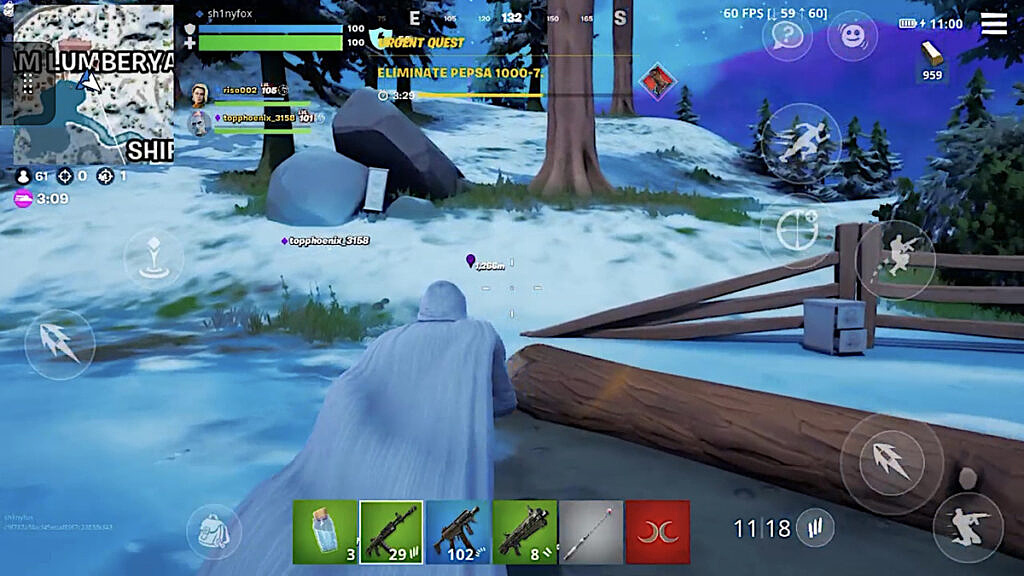 None of this is a concern in the cloud. Once you’ve linked your Epic account to GeForce Now, you’re instantly launched into the game when you load it up. The same is true on the Xbox, just like you would load it up on the console.

For pure results, however, Nvidia is the winner. If you’re on the next level, like me, you get an RTX 3080, one of the best graphics cards around, to power your Fortnite sessions and stream them to your device at up to 120 FPS. If you have a compatible mobile device with a 120Hz screen, you will also see all of these images. It’s also Fortnite to the max, you don’t have to sacrifice visuals to get those high frame rates.

The Xbox is limited to 60 FPS through the cloud, but it too is visually impressive. Either way, the controls are responsive, there’s little evidence of latency issues, and with a solid wireless connection, little buffering either. Considering it’s a competitive multiplayer game, streamed from the cloud and using touch controls, it’s exceptional.

For real mobile games, a native client would always be better, but on the iPhone at least, that’s not happening anytime soon. Multi-billion dollar companies are too concerned about who gets the most of your money to really care about your experience, but at least there’s a viable alternative. The performance differences offered by moving to the cloud are stunning, however, with graphical fidelity and frame rates that a smartphone owner can only dream of.

Cloud gaming is still in its infancy, but with Nvidia, Microsoft, and even Google Stadia, good as they are, I could see a future where the cloud would take over for top-tier mobile gaming.