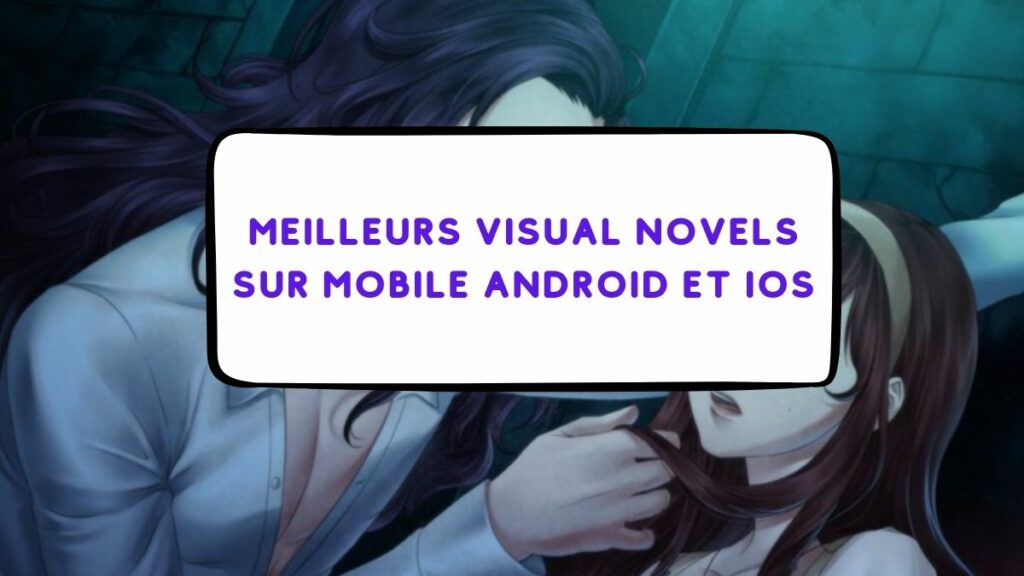 You like flirting games, so here is our selection of the best visual novels on Android and iOS mobiles.

If like us you like them otome games and the visual novels, you will love them on mobile. Free, both on Android and iOS, these games are perfect interactive novels. Stories with intrigue, but also dating video games as you like them. On the menu ? Wacky twists, boys to pick up thanks to your answer choices and some daring scenes. If dating was a manga, it would be a josei (not for children) ! If everything is good for you, let’s go for our selection of best mobile visual novels.

“Is It Love? Colin”: the best opus of Is It Love

Among the best otome games on the market, there is obviously the Is It Love series. This series of games comes in several parts depending on which boy you like the most. For our part, the opus that we preferred to play is the one that revolves around the story of Colin. In this volume, you will therefore have to seek to pick up colin spencera musician in a rock band. Long hair, pretentious and involved in a love triangle, seducing him is not easy.

In this game, you will embody a young girl, much wiser than Mr. Colin. However, you will still join him and join your music group. As a pianist, your goal is to flirt with Colin, but also to bond with the other members of the rock band.

The little extra of this narrative adventure? The girl you play isn’t necessarily all docile, like in many other flirting games. Here, you will still have your say. In addition, you will appreciate the graphics and illustrations of this game, in addition to the original soundtrack, made especially for this story. Yes, your virtual rock band plays unreleased songs, not covers.

Voltage mobile visual novels: all the games in the Love 365 app

As for mobile visual novels, purists often remember games of Voltage Editor. Indeed, this studio is at the origin of many games in the style, masterpieces for the most part. However, on Google Play, the applications for each game, it became very cumbersome. The studio had published dozens of titles.

Thus, Voltage centralized all its games in a single applicationcalled Love 365. As in many visual novels, the games are free, but there is a system of tickets to read the episodes. Thus, plan to shell out a few coins to follow your favorite storylines. Some of the games we love at Voltage include:

Another romance otome game: Soul of Yokai. With its enchanting illustrations, graphics and animations, this dating game is a real visual artwork. But also auditorywith his music using the traditional japan codes.

In this mobile visual novel, you play as a young human who arrives in a parallel dimension. A universe populated by very attractive Japanese demons. Using your own choices, you will be able to unravel the mysteries of this world and above all flirt with your favorite demon. A real dilemma arises since all flirty demons want to marry you! A more mature choice game, with an older and more mature girl as the main protagonist than in most games of the genre.

Here are the 3 characters that can be seduced:

“The pretentious semi-Oni – Hayato : Being half Oni and half human, Hayato has a problem with the Yokai world’s view of human beings. He’s torn about his human half and his feelings for you, which makes him seem rude at times.”

“The flirtatious Yuki-otoko – Yukio : One of the most handsome men in the Yôkai world and also one of the rare males of his species. Yukio is very popular with the ladies. He doesn’t seem to take them seriously, however, and has a hard time understanding love.”

“The withdrawn Tengu – Karasu : After discovering his brother’s horrific crimes, Karasu has become a cold and distant Youkai. Once very close to humans, Karasu doesn’t know how to take his feelings for you. He cannot choose between pushing you away and risking his life to protect you.”

SEE AS ​​WELL : Our selection of the best Visual Novels to play on PC

Dangerous Fellows: one of the best mobile visual novels

Ah! Dangerous Fellows is one of our favourites. Here is a flirting game a little different from the others. This one, much more raw and bloodytakes place in a apocalyptic universe. From zombie are attacking the world because of a viral epidemic. But eventually, as your character tries to flee from the undead, you are saved by 5 unknown, survivors. So, of course, the 5 are boys, all very attractive. Thus, your goal will be to follow this apocalyptic intrigue, discover the secrets of the survivors and flirt with / sympathize with them.

Buff Studio is one of our favorite visual novel creators. With its dark storylines, symbolic and very intelligent, they have released several games that are worth looking into. Among them, 7Days!a game that uses the ticket system to unblock conversations faster.

In the form of an SMS conversation, you will dive into a very glaucous and dreamlike universe. In this choice story with multiple endings, you play as a young woman who has just died. Following your death, you are completely amnesic and meet Charon (a mythological reference), a mysterious being who gives you a special mission.

In order to come back to life and therefore escape death, you will have to perform a specific task using an object (here a compass), and that, in just 7 days. If you don’t complete the mission within a week, you will definitely die. A real reflection on life and deathbut also on the good and the bad.

Through various encounters, you will have choices, very hard, to be made. You’ll also need to watch your choices based on the protagonists you encounter. Let’s say that if you maintain a bad relationship (by answering the choices wrong) with an NPC, you risk getting killed in the game. In short, a real heart stroke !