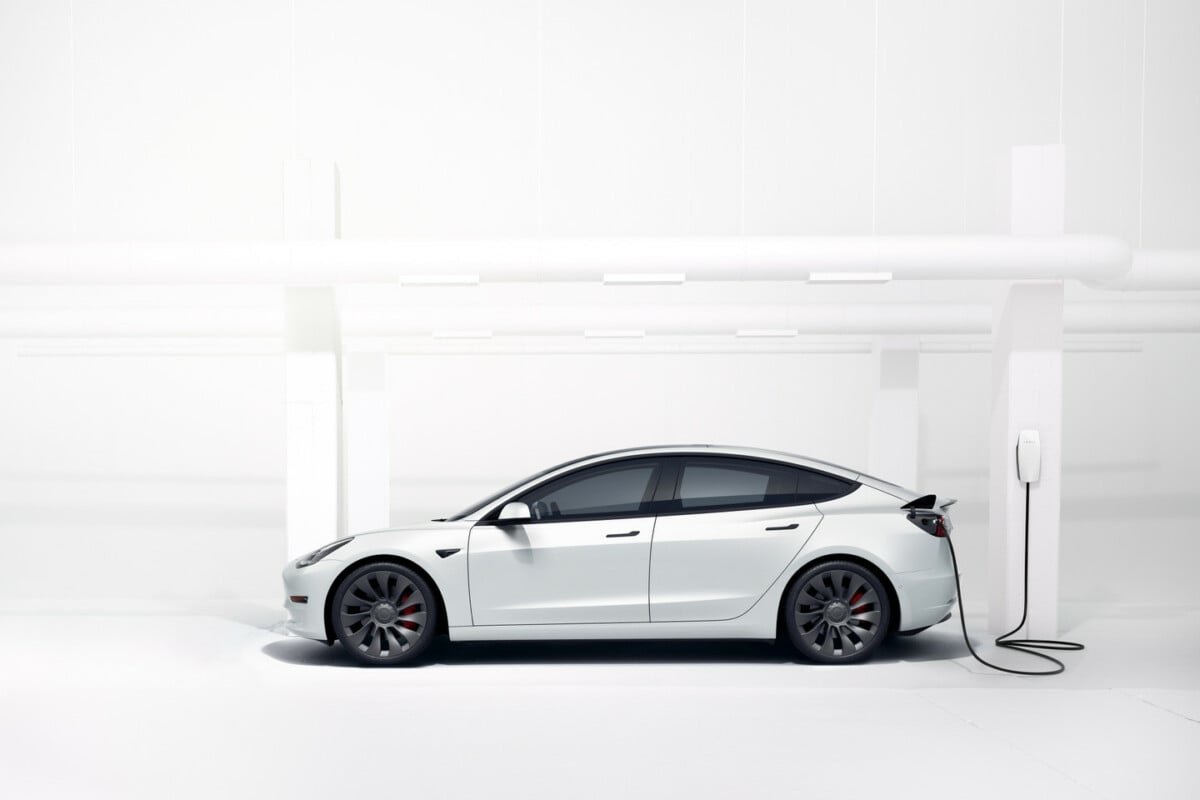 For the past few months, the stock of used Teslas has been growing strongly, while many customers have decided to trade in their cars. As a result, prices literally collapse. And that’s not necessarily a good sign for the brand. But that’s good news for potential buyers.

If Tesla was in great shape at the start of the year, the situation is getting a little complicated for the American brand. In fact, for the past few months, sales have slowed down, this one is struggling to sell stock of Model 3 and Model Y products in China, while the Shanghai plant is running at full speed. If the builder should exceed the million cars delivered by the end of the yearhis situation remains worried some experts.

In China, the brand is indeed struggling to attract customers, despite significant price reductions and the return of Sponsorship Program. Same thing in the United States, where Tesla has also decided to sell off its new vehicles. In this case, the lack of love from customers comes mainly from the fact that they want to wait until next year to place an order, the brand’s cars then becoming eligible for the $7,500 tax credit.

In Europe, the situation is a little different, although Tesla has also made a small gesture by offering 10,000 kilometers of Supercharger credits then by offering some models at very low prices. Indeed, according to the latest sales figures, Tesla is doing quite well, while the Model Y is the best-selling electric car in the territory since the beginning of the year. And the success of the electric SUV seems to be confirmed, while many owners are reselling their Model 3 to afford this model. 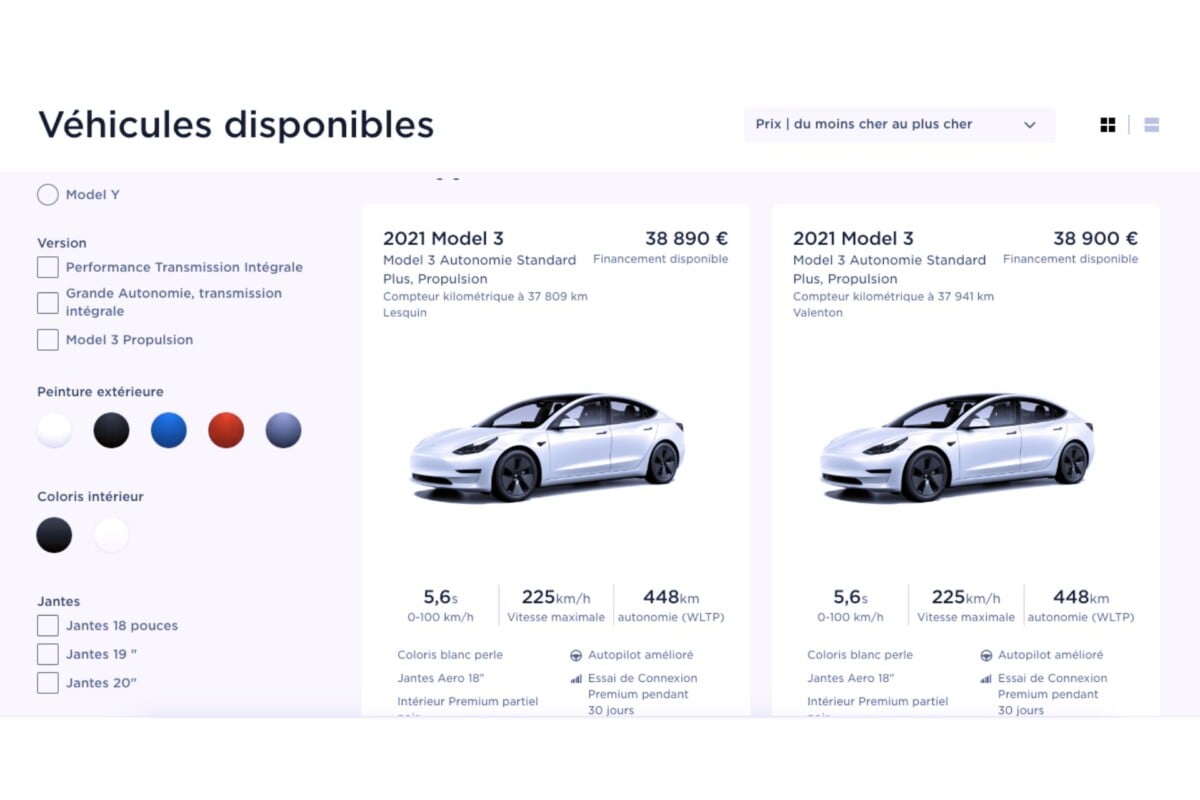 By taking a look at the used section of the Tesla site, there are indeed many Model 3s for sale. On the other hand, it is impossible to find any Model Y. Be careful, because this difference can also be explained by the fact that the SUV has been on the market for much less time than the sedan. But whatever the case, and as our editor points out Bob Jouy on Twitterthe stock of Model 3 is still particularly large.

And the prices are rather low, whileit is indeed necessary to count between 38,890 and 54,000 euros for a used Model 3 sold on the Tesla site. On resale sites between individuals too, the amounts requested are down. And it’s not just an impression, as the firm points out Edmunds relayed by the American agency Reuters. In July, it took 67,297 dollars (about 63,238 euros) for a used Tesla, all models combined, against only 55,754 dollars (about 52,392 euros) in November. That is a fall of 17%, while the entire market fell by only 4% in the United States.

But then, how can this fall in prices be explained? First, and as detailed in a chart ofEdmunds, Tesla models stay in used car inventory much longer than other brands. This is particularly the case at the end of the year, sincethey were stored for an average of less than 30 days in June, compared to more than 50 in November. But then, what explains this situation?

It may be that the success of the Model Y has something to do with it. In effect, many Tesla owners have decided to resell their Model 3 in order to afford the electric SUV, while taking advantage of advantageous take-back conditions from Tesla. However, many also canceled their order at the last moment, when the amount offered by the brand was ultimately lower than what they expected. Which partly explains why there are also a large stock of new Model Ys to sell. 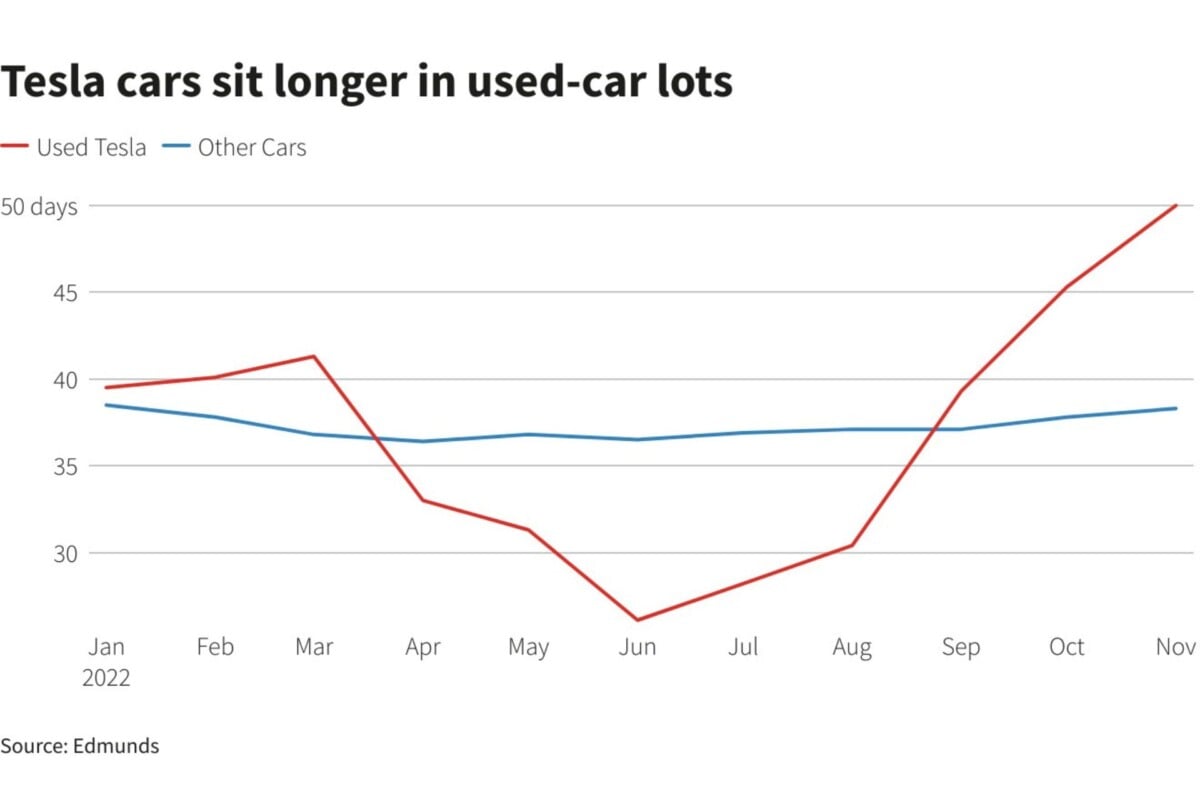 Moreover, and as explained Reuters, falling fuel prices and rising interest rates also have an impact on the price of used cars, as well as the competition. Indeed, while many new models are coming to market to compete with You’re here, the brand has more difficulty selling its second-hand cars at high prices. It is therefore forced to lower their prices. This also has an impact on new vehicles, whereas Tesla sold off its Model Y Propulsion a few days ago in France.

The firm must indeed compete with new, more affordable Chinese manufacturers such as MG, BYD or Nio and Xpeng. Moreover, and points out Ivan Drury, spokesperson for Edmunds, Tesla models were expensive on the second-hand market, because these were ” for a long time the only viable products when it comes to used electric vehicles“. Which is no longer really the case today, when the offer is now very vast and the competition tougher.

If you’re looking for a used Tesla, then this might be the right time to take action. Prices could tumble a little more on the Model 3 in a few months, when the hypothetical restyled version will roll off the production lines.

Tesla is known for discreetly updating the configuration of its vehicles over time, which does not allow you to know at a glance what you are buying for sure….
Read more

Tesla Model 3: second-hand prices are collapsing, we explain why