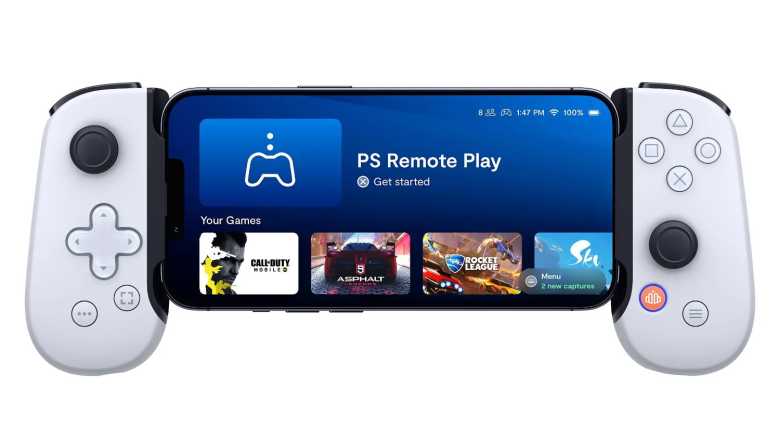 Sony wants iPhone users to get the most out of PS Remote Play, the company’s platform for playing PlayStation games on mobile. The Japanese firm has teamed up with accessory maker BackBone to launch a device that isn’t just aimed at powering the aforementioned app. Also, offer an experience similar to what you would get when playing with one of the brand’s consoles but in motion. It’s the Backbone One PlayStation Edition.

This new accessory from Sony, already available in countries such as Mexico, Spain and the United States, is to some extent inspired by the DualSense, the PlayStation 5 controller, but with a design adapted to the different models of PlayStation 5. available. The Backbone One PlayStation Edition, in particular, has an expandable opening in the center to allow the attachment of from an iPhone 13 mini the most compact iPhone model, up to an iPhone 13 Max the biggest model. It also features a slightly more characteristic Backbone prop aesthetic, with two traditional joysticks and rounded grips.

But there is an interesting change: the buttons, instead of the characteristic letters (A,B,Y,X), have the shapes that Sony includes on its controllers (X, triangle, circle and square). This allows maximum compatibility with the games available on PS Remote Play, a platform which, remember, allows you to play the video games available on PlayStation from your smartphone. So it makes sense that Backbone opted for Sony’s classic button panel. The games, in fact, can show recommendations and tutorials based on the actions that can be performed through the different icons. For example, press the triangle to pick up an object.

As indicated The Verge The PlayStation edition of Sony’s Backbone One is also compatible with third-party platforms. These include Apple Arcade (the Cupertino company’s subscription service), Xbox Game Pass and Stadia. Buttons, however, may not correspond to in-game actions, so the user should first check what each key is for.

Sony’s Backbone One PlayStation Edition, in addition to the classic buttons, also includes shortcuts to certain PS Remote Play options, such as capturing images. This device is available for a price of 100 euros. In Mexico it is available for 2,990 pesos and can be purchased from BackBone’s online store. However, BackBone also sells a similar controller for the same price. This one is also compatible with the iPhone and even other Android devices, and does not include the classic Sony keyboard, but the traditional lettering. It is also an alternative to Razer’s Kishi V2.

Sony launches an iPhone controller inspired by the PS5 DualSense