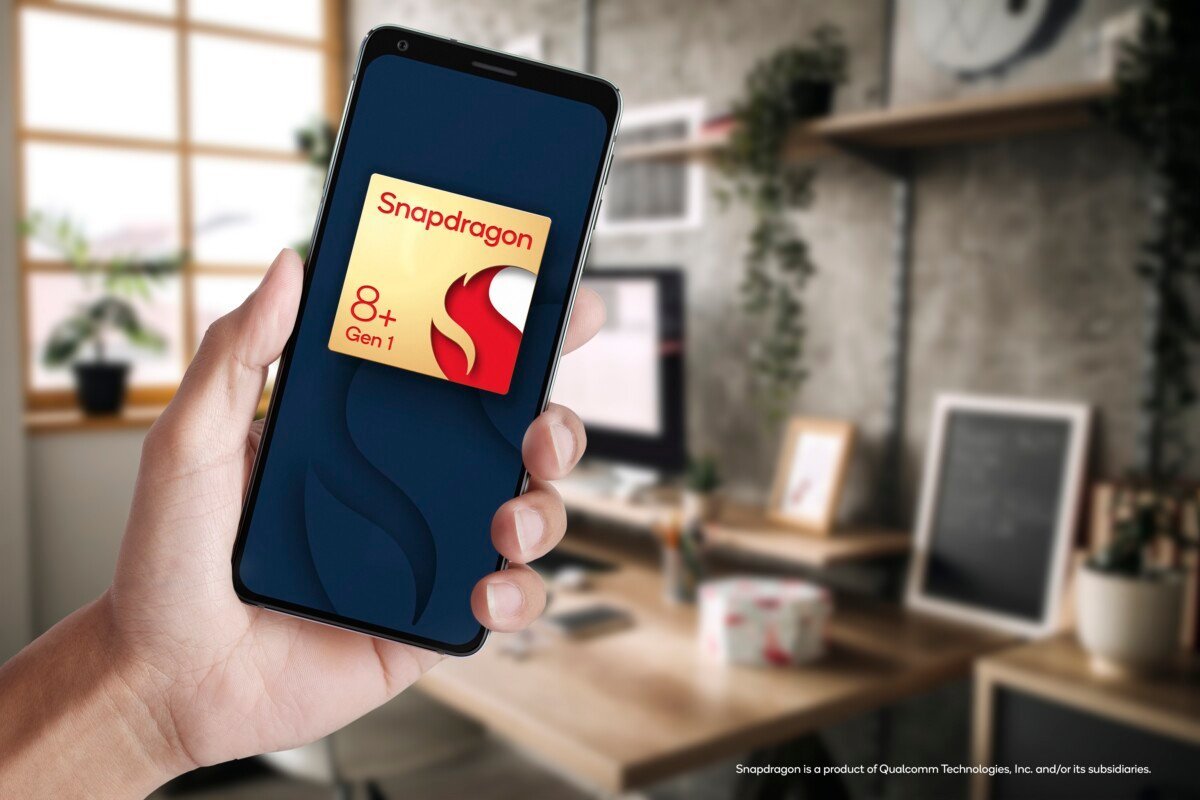 Qualcomm has taken the bull by the horns to counter the heating problems of its high-end chips. Thus, its latest SoC, the Snapdragon 8+ Gen 1, is made by TSMC instead of Samsung, and it promises not so much a significant performance gain as real improvements in energy efficiency.

We were expecting a Snadragon 8 Gen 1 Pluswe will have a Snadragon 8+ Gen 1, this is the first surprise from the chef signed Qualcomm for its new ultra premium SoC for smartphonespresented alongside the Snapdragon 7 Gen 1.

Beyond these purely marketing considerations, what does this new chip have in store for us, which will certainly equip a large proportion of high-end smartphones in the second half of the year (Xiaomi, OnePlus, Samsung, Vivo and Motorola would already be in the running)? The chip is slated for release in Q3 2022 to be precise.

The biggest concern of Snapdragon 8 Gen 1, it is that by wanting to play the big arms too much, it tends to heat up a little, which poses problems in terms of performance or autonomy. Qualcomm has clearly identified the problem and is trying to raise the bar with its 8+ Gen 1.

Starting with his choice of founder. The 8 Gen 1 was manufactured by Samsung, the Plus version is left to the care of TSMCwhose 4 nm etching process is reputed to be more efficient and less overheated.

In addition, if there is indeed a pure speed gain of 10% for the CPU and the GPU, what interests us above all are therefore the promises in terms of energy efficiency of this chip. In detail, the improved versions of the Kryo CPUs and Adreno GPUs should both offer a significant gain of 30% in this area. In total, the phone should gain up to 15% overall energy efficiency.

A concrete gain in autonomy

What does this mean concretely for us? Qualcomm figures a gain of 60 minutes of use of the phone in game, which suggests better autonomy for more traditional use as well: 80 minutes in streaming, 50 minutes on social networks and no less than 17 hours listening to music. music.

From what we understand, the modem, Snapdragon X65 has also been slightly improved compared to the 8 Gen 1 to offer some call gains: 25 minutes of call in 5G and downright 5 and a half hours otherwise, without specifying whether it is about Wi-Fi calling or by the traditional network. Of course, the modem is still 5G compatible up to 10 Gb / s, but it is also capable of offering up to 3.6 Gb / s in Wi-Fi 6 and 6E.

For fans of pure power, let’s still set the maximum frequency reached by the GPU: 3.2 GHz. Impossible not to read a response to MediaTek’s Dimensity 9000, which offered a frequency beyond 3 GHz, thus stealing the crown of the most powerful chip from 8 Gen 1 and its 2.995 GHz. Let’s be clear though, these demonstrations of power won’t change your day-to-day experience in any way. Better power management, on the other hand, could be a game-changer.

On the other elements constituting this SoC, we keep exactly the same team, logical for a Plus version. You will therefore find the 7th generation of the Hexagon NPU, which as a reminder offered a performance gain of 20% compared to that of the Snapdragon 888. There is also the Sensing Hub, this small chip capable, in theory, of permanently offering functionalities inexpensive in energy, such as facial recognition, or even the same ISP, offering up to 3.2 gigapixels per second of image processing or even 8K HDR video.

Snapdragon 8+ Gen 1 announced: it goes all out against heating problems


You can find our social media pages here and other related pages herehttps://yaroos.com/related-pages/